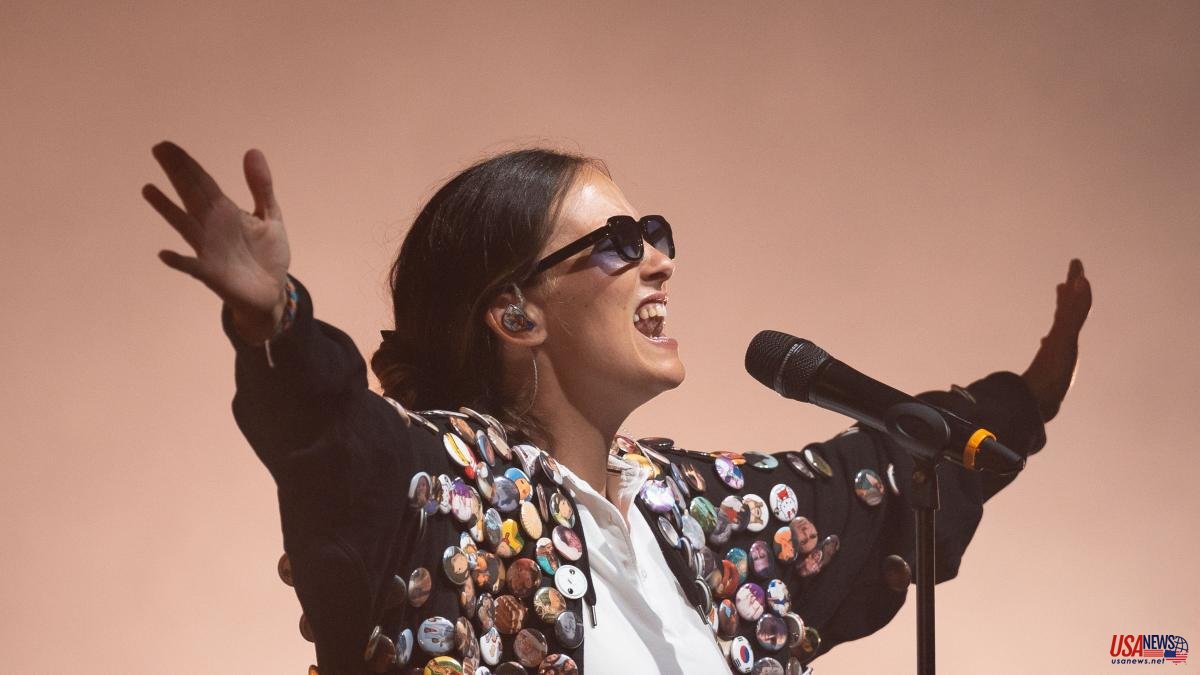 Rigoberta Bandini gathered 2,440 spectators last night as she passed through Calella de Palafrugell. It happened in the context of the Cap Roig Festival, which with this performance put an end to the edition corresponding to this summer, uncorked on July 22 by the Colombian Sebastián Yatra, and which has consisted of a total of 19 events. The artist appeared in the gardens that house the cycle with a team that, in addition to three dancers, included her partner, Esteban Navarro (keyboards), and two cousins ​​of the singer herself, Belén and Juan Barenys, her chorus girl and percussionist and guitarist him. The song In Spain we call it solitude was the first that she performed before an enthusiastic audience that had sold out all the tickets put up for sale in advance.

Since some of her songs took viral momentum back in 2020 – thus marking the trend that would end up definitively reinforcing her participation in the Benidorm Fest this winter – Rigoberta Bandini has had a more than notable impact. So much so that the artist even feels a certain exhaustion, according to what she said a few weeks ago in a very graphic way (“I'm a little bit up to my ass”, she argued). Thus, in the fall she will take a break that will keep her away from the stage for a while. But at the moment she continues to star in galas like the one she continued her journey with Fiesta and Ay mama (Genesis) last night, the first version she wrote of the song that they finally sent to meet Benidorm.

Rigoberta Bandini is not called Rigoberta or Bandini, but Paula Ribó, and before adopting the incarnation that has made her a popular figure, she had been part of The Mamzelles together with Paula Malia and Bàrbara Mestanza. Also a voice actress and writer, she stated in a first address to the public that she was delighted to be in Cap Roig since “half of you are friends and family, and the rest is already as if you were”. He continued his concert with a version of Jaume Sisa's song Qualsevol nit pot sortir el sol, which was not going to be the only cover of the night, since the repertoire included more tributes to Massiel (La, la la) and Marisol (Corazón feliz). There is also an explicit (and perhaps somewhat scathing) nod to Los Payasos de la Tele in Así she sang that she recently recorded with Amaia, and that the respectable sang at the top of his lungs.

In 75 minutes of performance, in which the public did not stop dancing and singing with her, Rigoberta Bandini treated the audience to such well-known songs as Julio Iglesias, To all my lovers, a very intense reading of Perra, or the definitive version of Ay mama, a moment in which both she and her backup singer honored the well-known verses of the piece in question by uncovering their chests. The thing ended with an exciting Too many drugs as the only encore of the night.