Ricardo Frizza: "You don't have to be Italian to reflect the strength of Verdi"

He is a favorite at the Liceu when it comes to directing the Italian operatic repertoire. 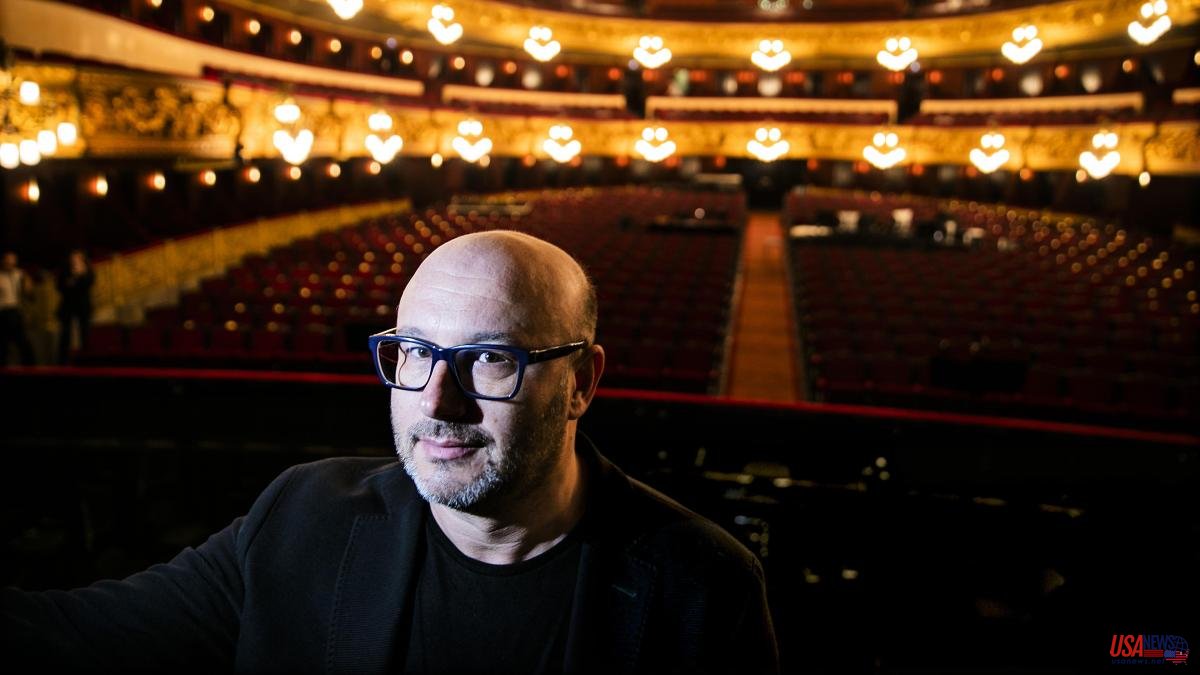 He is a favorite at the Liceu when it comes to directing the Italian operatic repertoire. This Verdi Trovatore that has just premiered joins his successes in Barcelona. Born in 1971, in a town between Brescia and Cremona, Maestro Frizza, director of the Donizetti Festival in Bergamo and head of the Hungarian Radio Orchestra, is a born musician who, as a child, played on a toy piano what he had heard at mass . At 14 he knew he wanted to direct. And he has not stopped delving into the intentions of the composers. "The scores have to be studied," he says.

Do you have to be Italian to reproduce that Verdian energy?

I don't think only an Italian can do it. Verdi is an author I have frequented, I have directed 22 of his 27 titles, I have been studying him all my life and I know every corner and detail. This is how you dare to go beyond the traditional reading of the recordings of the 60s or 70s.

But is there something idiomatic?

James Levine or Zubin Mehta have little Italian. But they do have an ability to understand language and they recognize in Verdi everything that came before: Mozart, Cherubini, Bellini, Donizetti. It is a synthesis.

It means being specific. That concretion of Verdi's language, especially with Il trovatore, which is a totally bel canto opera, is to know where there is vigor, strength and energy, and where it has to be elegiac, superficial in sound, with those pianissimi so Verdi. Because Verdi writes you 4, 5... up to 6 pianissimi! And it is not true that they are out of context. He writes them because he looks for them, he is a great theater man. What happens is that sometimes they are abandoned to give space to the voices above the score. With modern artists those colors are searchable.

You are attentive to the singers on stage. What do you do when the soprano has a cold, as happened with Saioa Hernández?

Help her. I spent the night helping her. Sometimes with little things, like smiling at her when she had to use the serious register, where she had the mucus problem. At that moment the singer is worried, and a smile is enough to cheer him up. Or you help with a more comfortable or faster tempo depending on the moment. If you see that there is a problem in a note, you try not to let it stay too long and to follow the phrasing. You live 2 hours and a half of tension when you're like this. The poor thing ended up without a voice, but she did very well.

He is a pioneer in searching for the original sound of the 19th century Italian melodrama. Did they look at you strangely at the Donizetti Festival when you proposed using period instruments?

There are no festivals apart from ours that do it. Just as it has been studied in the symphonic since the 70s, nobody has moved to do it with Italian melodrama. And that's how you see that the orchestra isn't heavy at all. It all came about because I saw how difficult it was to find a sound and balance on stage with Donizetti's orchestration. And now we have released an album with Javier Camarena, which is a perfect opportunity, since it covers Donizetti's speech from 1820 to 1840 and so many years, when the instruments are transformed and from the classical orchestra to that of Berlioz or Brahms.