Ricardas Berankis - Rafa Nadal: Schedule and where to watch the Wimbledon match on TV today

After a solvent debut, although with more trouble than expected, Rafa Nadal will play the second round of the Wimbledon tournament this Thursday, June 30, on the center court of the All England Club against Ricardas Berankis. 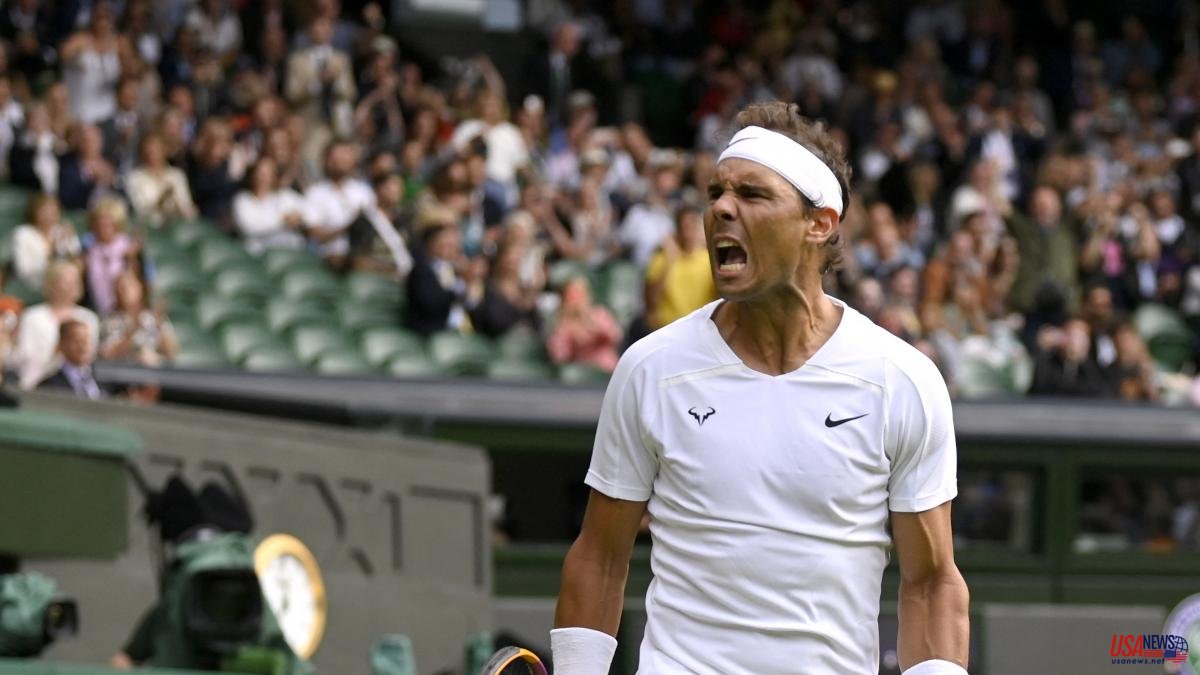 After a solvent debut, although with more trouble than expected, Rafa Nadal will play the second round of the Wimbledon tournament this Thursday, June 30, on the center court of the All England Club against Ricardas Berankis. The Spaniard, second seeded in the draw, is a clear favorite against the veteran Lithuanian player.

The match will be played in the second round of the central court, where the British Boulter and the Czech Pliskova will play the pass to the third round first. In this way, the duel between Nadal and Bernakis will not start before 4:00 p.m. and will be seen by Movistar

Years after his last participation in Wimbledon, Nadal returned to the London grass with a victory against the young Argentine Francisco Cerúndolo, against whom he had never played. The one from Buenos Aires surprised by winning the third set and put the Balearic Islands in trouble in the fourth set (6-4, 6-3, 3-6 and 6-4).

Nadal saw on Tuesday how the covid separated from the tournament ahead of time two fearsome rivals like Marin Cilic and Matteo Berrettini, who were on his side of the draw. But before thinking about important rounds of the tournament, the winner of 22 Grand Slams, current champion of Roland Garros and the Australian Open, will have to get off the Berankis.

The Lithuanian player won the American Sam Querrey in three sets (6-4, 7-5 and 6-3) in the first round. Now the challenge is much greater for Berankis, who this year has already faced Nadal. In the only confrontation between the two to date, the Lithuanian lost (6-2 and 7-5) in the round of 16 of the Melbourne tournament, where the man from Manacor ended up winning the title.