The Third Vice President and Minister for the Ecological Transition, Teresa Ribera, highlighted Spain's potential to "be leaders from now on" in renewable hydrogen and underlined that "the time has come to make a qualitative leap" in promoting this technology . 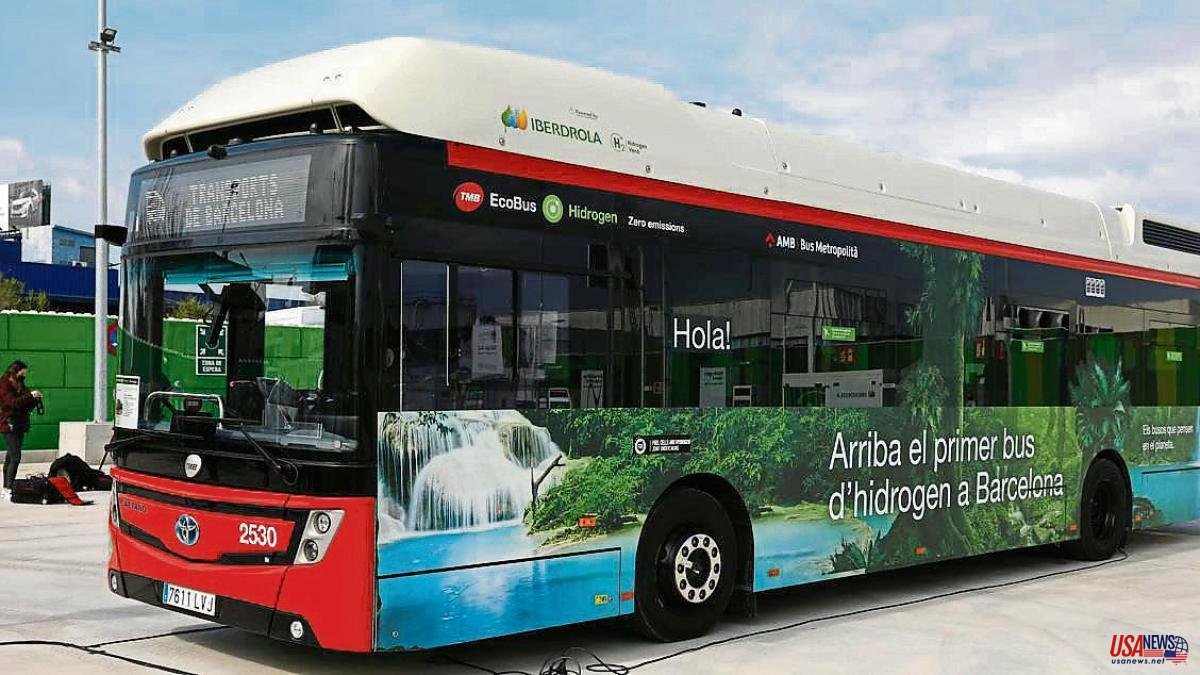 The Third Vice President and Minister for the Ecological Transition, Teresa Ribera, highlighted Spain's potential to "be leaders from now on" in renewable hydrogen and underlined that "the time has come to make a qualitative leap" in promoting this technology .

In his participation in the inauguration of the European Hydrogen Congress 2022, Ribera pointed out that green hydrogen is already "a reality" that, in addition, makes "industry, innovation and employment", also being a "solid" response to the decarbonization process.

For her boost, the head of the Ecological Transition called for "being united" in the process of creating a global market, "based on cooperation and not competition," she said.

Likewise, he highlighted the potential of renewable hydrogen to provide a response in those spaces "where electrification is not enough" and thus allow the decarbonization needs of these sectors to become "a reality".

Ribera, who stressed that Europe "is already committed" to this transformation process to make green hydrogen a prominent player, indicated that Spain has "ambitious" green hydrogen plans, which include a goal of installing up to 4 gigawatts ( GW) of electrolysers and mobilize 8,900 million of public and private investment.

In this same sense, the Government has launched expressions of interest worth 400 million euros, of which 250 million euros are earmarked for pioneering renewable hydrogen projects and the remaining 150 million euros for innovative projects in the value chain of hydrogen.

For her part, the President of the European Commission, Ursula von der Leyen, who participated in the event through a video, assured that the Repower EU plan, the details of which Brussels will announce this Wednesday, will give a prominent role to green hydrogen and will allow for Europe to "start the real construction" of an integrated infrastructure for this technology, including storage.

Von der Leyen, who gave the example of Spain as a global European "leader" in decarbonization and green hydrogen, indicated that the EU wants to aspire to produce 10 million tons of green hydrogen, generated with electrolysis from surplus renewable energy. , and to import another 10 million.

To do this, he considered that this plan will give industries "the conditions to move quickly" and predictability, so that these objectives are within reach. "We have to increase production and create a virtuous circle where supply and demand feed off each other," he said.

For his part, the Director of Commercial

In this regard, Barrasa considered that Spain has a "very remarkable" access and renewable generation capacity, as well as a "privileged" technical capacity and location.

Thus, he highlighted that the ports of Algeciras and Huelva give access to the value chain that is being generated at a global level, offering Spain the opportunity to "play a unique role in Europe's energy independence".

Meanwhile, Repsol's Director of Industrial Transformation and Circular Economy, Juan Abascal, pointed out that the production of biofuels and synthetic fuels with a zero carbon footprint will be a source of demand for renewable hydrogen, for which he defended that the limitations on the demand for These fuels, like the objective of ending the combustion engine, "are difficult to understand and go against the principle of technological neutrality", which must be applied in the energy transition.

In this regard, he stated that the Fit for 55 proposal establishes specific minimum binding targets for the use of renewable fuels of non-biological origin in transport and "is a very important step in the right direction".

Abascal also highlighted the commitment of Repsol's strategy to decarbonization and the promotion of hydrogen, through its involvement in collaborative projects and environments such as regional hydrogen valleys, interregional hydrogen clusters or national programs for the joint development of hydrogen such as Shyne (Spanish Hydrogen Network), the largest consortium in Spain to promote renewable hydrogen.