Revolution towards the unknown: the EU changes light 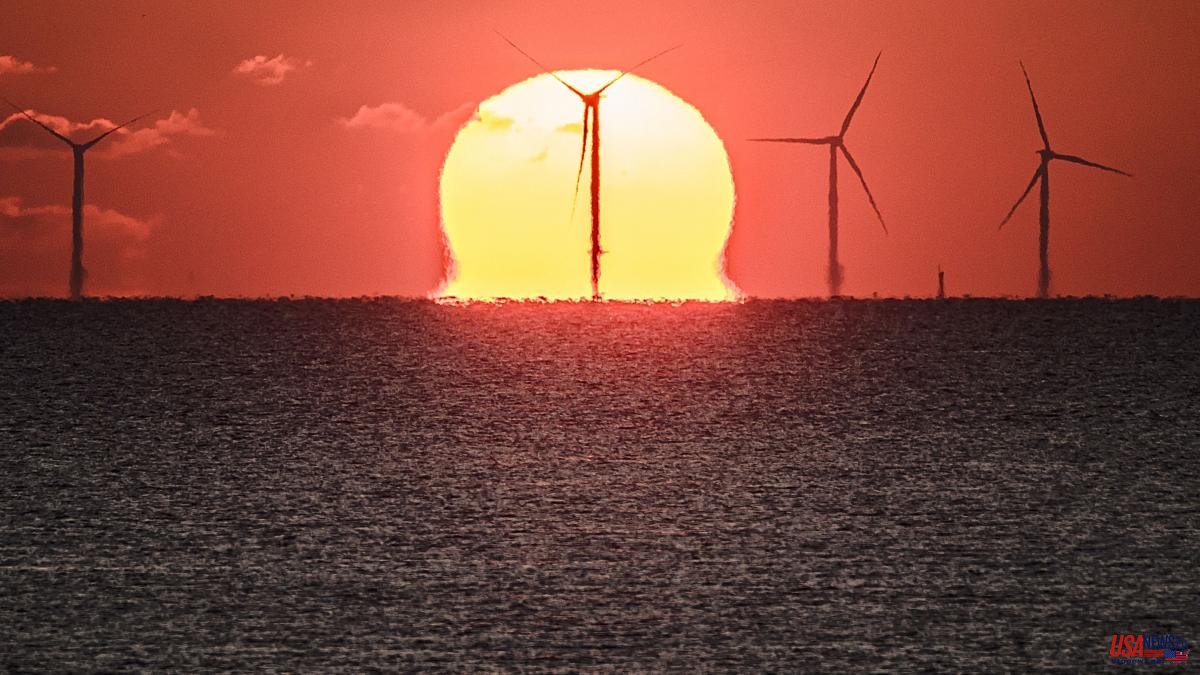 2022 was the year of the Ukrainian war. And the year of goodbye to Russian gas and crude oil. And for this reason, energy insecurity, the skyrocketing price of electricity and high inflation.

There is a plan b: a new global energy system spurred on both by the war and by the EU's goal of being "climate neutral" by 2050 gains momentum. The changes will take off in 2023. And some have unwanted travel companions.

If experts and legislators, activists and more and more users agree on something, it is the central role that renewables will have in 2023 "because they are known to work", says Nieves Vela, director of the Center for Energy, Environmental and Technological Research (CIEMAT). “Its large-scale deployment is a priority for the energy transition and climate neutrality, although with the pandemic, the war and the energy crisis, its objective has shifted from the ecological and decarbonization to that of energy security,” she adds. .

And for this reason, advances are expected both by the public and private part.

In photovoltaics, promoting self-consumption, storage and distribution, "because given the existing electrical network, it has to adapt", continues Vela. In wind power with the rise of floating linked to producing green hydrogen still in an embryonic state. In solar thermal as in hydrogen, the effort will focus, above all, on lowering production costs. The hybridization of wind, photovoltaic, hydrogen, storage and others will be, for all this, key, the experts cite.

This is what a good part of the billionaire European recovery funds and many others from the RePowerEU are used for, approved after the Ukraine crisis to save energy and to produce more and more without depending on others. The chosen path is to support tractor projects. And here Spain wants to be a hub by starting up, for example, a highway for hydrogen between Barcelona and Marseille: the H2Med.

“In 2023 it will be the year in which these investments can be touched; the first calls have been more confusing”, concludes Vela.

The International Energy Agency predicts that solar energy will surpass coal in five years. The scare? For now, global coal consumption marks a new record. And that is why by 2023 more alternative energies are expected.

The latest boom has been experienced by the success of research on nuclear fusion. "It is expected to be the energy of the future," recites Francisco Calviño, professor of nuclear engineering at the Polytechnic University of Catalonia and associate researcher at Swiss CERN for two decades. “But in the energy transition it will not intervene. To see the commercial reactor there are about twenty more years to go. And if you end up seeing Right now, the Cadarache ITER is its emblematic project and it is expected that it will be followed by the equivalent of a commercial reactor, the DEMO, but it has not been decided where it will be installed”.

For now, in the meantime, what is increasing globally is investment in an old acquaintance: classical nuclear fission energy. New generations of nuclear power plants are installed in France, the Netherlands, Finland, the United Kingdom or Poland, which now depends to a large extent on coal. It happens in a good part of Europe. And the world, because the examples extend to China or the Arabian peninsula, which equally diversifies so as not to depend only on its oil and gas.

(Not so in Spain, which closes plants. Not in Italy, which remains attached to its anti-nuclear policy. Or Germany, which has the majority of reactors stopped).

It is estimated that 10% of global energy is of nuclear origin and the forecast is that it will continue to be so when energy consumption grows. Hence, more power plants are being built and even small modular reactors are being considered. These produce one tenth of what the Ascó or Vandellòs power plants generate. On the contrary, they can be manufactured in a chain and taken to the site that is needed, limiting their construction times and costs.

Canada, in fact, puts them on the table in order to electrify its extreme north.

Result: first, a more nuclear light is expected in the world. And it is not by chance that Brussels considers it a transitional green energy.

In 2023 there will be, there is a consensus, a lot of investment and research in energy storage, basically batteries and electric capacitors. Another different debate is access to critical materials for them, such as lithium, which is produced in specific countries, has a growing demand and rising prices.

It will be the other parallel battlefield.

Likewise, while the energy produced based on black gold and Russian gas decreases, that which comes from Angola, Nigeria, Brazil, Venezuela and other southern countries, Norway, the US or Arabia will increase. And as The Economist cited last month, whether ensuring the supply of crude oil in the past led to the US alliance with the House of Saud since the mid-20th century, and whether the 1973 crisis led to investment in new fossil deposits in Alaska and nuclear energy, now, without Russia, looking at new markets, and new dependencies?

After the World Cup, Qatar has warned Brussels about the consequences for the gas supply of the investigation into its alleged bribery network in the European Parliament. Another example of the nothing is free that the European energy system faces, waiting to see if the green light can illuminate everything in an increasingly electrified society and economy.