Reus's revenge in the OK Liga 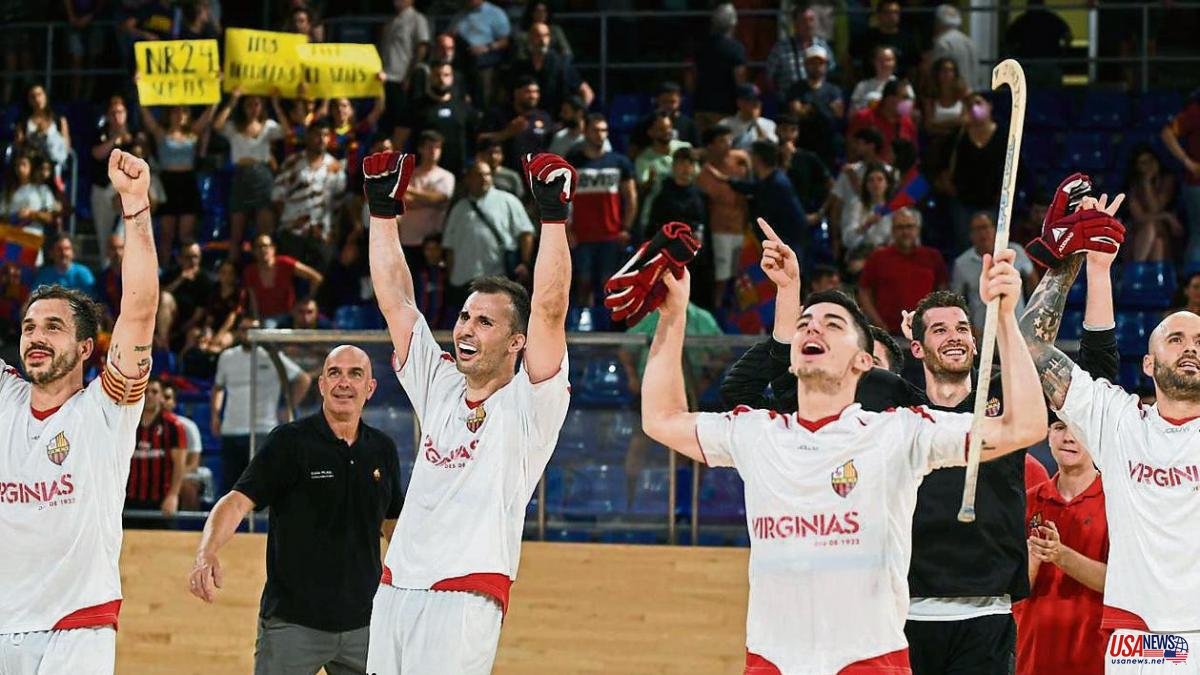 Reus Deportiu (1909), a historic roller hockey club (eight European Champion titles), has Barça as its great enemy. The rivalry is breathed every time the Catalans visit the Palau d'Esports, an ancient pavilion with an air of the 80s. Throughout history, with some well-remembered exceptions, the big fish has eaten the little one. The rebelliousness, stubbornness and talent of the young roig-i-negre team, with an average of 24 years, can explain why Reus has separated Barça from the final of the OK Liga in a vibrant five-way playoff. All this and his fans, who invaded the Palau on Tuesday. Neither luck nor miracle.

The club, its city and part of the Baix Camp region, with a strong sense of collective identity, remain on a cloud. His Reus Deportiu, with semi-professional players between studies and their jobs, has dropped Barça, champion of 20 of the last 22 Leagues.

“Reus has become hooked again, when I arrived something was missing, a spark; now the city has connected with this team because it realizes that it is very young, cheeky and brave, they give it their all”, highlights Jordi Garcia, their coach. Illustrious roig-i-negre captain, he leads a talented generation with pearls like Ferran (21), Diego (20), Compagno (22), Martí (23) or already an almost veteran like Marc Julià (27), author of a hat -trick in the decisive match against a myth in goal like Aitor Egurrola (41).

Although they never lose the pride of fighting against the greats – one of the fans' war cries, “Força Reus, neither Barça nor Liceo” – few fans imagined this season that they could fight for a title. "It's a dream, but we have rewritten the history of roller hockey," says Mònica Balsells, president since 2011, accustomed to swimming against the tide. “They told us that with this team we would not even play the Copa del Rey”.

With five league titles to its credit, Reus has only won one (2011) in the last fifty years. Now they feel strong enough to repeat before the Lyceum. The madness has been unleashed with the club going through a distressing economic situation, exacerbated by the pandemic. “We are nobody if you compare our budget with Barça's, which multiplies it by ten; only one of his players earns half of what our entire team earns”, exemplifies Balsells, proud.

In Reus and in the Baix Camp they have not forgotten that Joan Oliver, a close friend of Joan Laporta, was the one who struck down CF Reus in 2018 with his terrible financial management. The now president of Barça has always distanced himself from Oliver's management, who resorted unsuccessfully to Laporta to try to save Reus.

Reus Deportiu, with its different sections, is an independent club from the Reus Football Club, which disappeared when it was playing in the Second Division due to non-payments to its footballers. Soccer was refounded in 1951 after separating when it was a section of Reus Deportiu, a rebellious club in a city that has always been on roller skates.