Return to the humiliation of Suez

England, said Henri Heine, is the best place to spend the end of the world because things happen a century later. 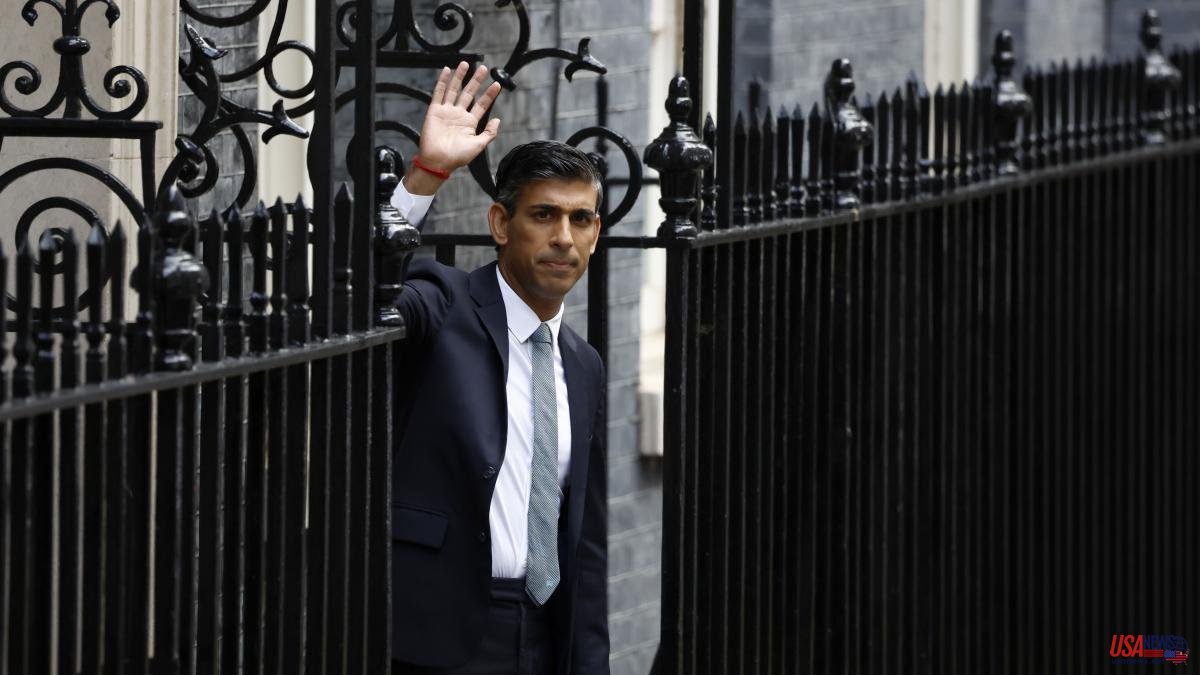 England, said Henri Heine, is the best place to spend the end of the world because things happen a century later. But sooner or later things happen, as everywhere, and history repeats itself, whether as a tragedy, as a farce, as a comedy, as a mobster movie (the Johnson era) or as a Latin American soap opera (the rise and fall of Liz Truss withering). In fact, the current situation is a repetition 66 years after the Suez crisis, with the emphasis on economics rather than politics.

In 1956, Egyptian President Gamal Abdel Nasser nationalized the Suez Canal, a great work by the French engineer Ferdinand de Lesseps and which until then had been managed by an Anglo-French company. Great Britain, reluctant to lose control of what it still considered its colony, joined forces with Israel and France (who believed that the authorities in Cairo were collaborating with the Algerian rebels) to recover the revolutionary road that linked the Mediterranean with the Indian Ocean through the Red Sea.

But after World War II the pieces on the geopolitical chessboard had moved, and neither the UK nor France, despite being among the victors, were what they had been. Soviet leader Nikita Khrushchev threatened reprisals and a global conflict, but the decisive action was that of US President Dwight Eisenhower, who forced the French and British to withdraw with their tails between their legs under penalty of severe economic sanctions.

Britain had to admit for the first time that it was not the empire of yesteryear, of which many - especially in the Conservative Party - continue to dream, but a middle power with nuclear weapons and a permanent seat on the United Nations Security Council. United, influential, yes, but less than Washington and Moscow, and that it was not in a position to dictate its terms. It was a full-fledged humiliation just a decade after defeating Hitler. Prime Minister Anthony Eden was out of Downing Street just two months after the Suez debacle.

Like any son of a neighbor –and like any country with imperial ambitions–, Great Britain has had its share of great military victories (Agincourt, Trafalgar, Waterloo, El Alemein...) and also defeats (Singapore, Saratoga, Yorktown, Ypres, the Somme, Gallipoli, Isandlwana against the Zulus in the Boer War...).

Economically, the two disasters of reference are the exit from the European monetary system in 1992 due to the inability of the pound to maintain the established minimum value, which would pave the way for the arrival of Tony Blair five years later, and the rescue of the International Monetary Fund in 1976 with almost four billion pounds sterling at the time.

45 years ago, in the aftermath of the oil crisis and in the midst of a recession, the Labor government of James Callaghan tried a formula similar to that of Liz Truss, expanding the economy based on loans and public debt.

But not to reduce taxes on the rich, like the one who was prime minister until a few days ago, but to promote social reform and enlarge the welfare state. She hasn't turned out well now, and she didn't turn out well then. Now, the markets have doubted the ability of the British Treasury to pay for so much spending, and then something like that. The pound collapsed, the current account deficit skyrocketed, the government had to go to the Monetary Fund and it was the end of the experiment of "democratic socialism", and in a way of the entire economic consensus that had prevailed since the end of the war. Inflation and interest rates rose –the same as in the present-, the Winter of discontent of 1978-79 arrived with massive strikes, the country paralyzed and garbage piled up in the streets. The following year, Margaret Thatcher moved to 10 Downing Street for a decade.

Suez deprived the United Kingdom of the place it thought it had in the world, without finding an alternative. He spent six decades looking for it without success as a flying Dutchman of global strategy, until in 2016 he thought he had found it with Brexit, which in its most utopian version –the one that triumphed– was a way to recover the glorious mercantile past, to operate as an economic power halfway between Europe and America but free from EU regulations and standards, become a tax haven that attracts foreign investment, and negotiate advantageous trade agreements with China, Japan, India...

After experimenting with the Great Society of David Cameron, the "compassionate conservatism" of Theresa May and the authoritarian and populist nationalism (even with Peronist touches) of Boris Johnson, the logical consequence of Brexit -the only possible one in reality- was the small state Truss's low-tax government, which did not adapt to the zeitgeist, the spirit of the times, and applied the pet theories of right-wing think tanks hastily, haphazardly, without consulting anyone, as if the UK were a dictatorship I didn't have to account to anyone for anything. And although the opposition was too weak to put the brakes on, the markets did, they de facto intervened in the British economy, they undid the whole plan, they put Jeremy Hunt (a kind of Draghi) as chancellor of the Exchequer, and Rishi Sunak (technocrat, investment banker and man from Davos) in Downing Street. His money was at stake.

After the financial crisis of 2008, the failure of neoliberalism and the idea that markets are self-regulating effectively did not feed social democracy but nationalism. The loss of purchasing power, the freezing of wages and the stunted economic growth over fourteen years have weakened class sentiment and fostered identity politics and culture wars, the America First, the Not Enough British (not British enough ). In Britain, the Thatcher model has been replaced by a speculative and non-productive economy dominated by the City, services rather than manufacturing, with decrepit infrastructure and poor education, where much more is consumed than is saved and invests, and the Treasury manufactures liquidity so that the bubble does not burst. On a different scale, like Weimar Germany but without the fun, self-confidence and cabarets of Friedrichstrasse.

The United Kingdom of 2022 is a country for pensioners and rich, polarized by poverty and fragmented by nationalism, infantilized, where sovereignty is as sacred to the Tories as Marxism-Leninism was to the communists of the USSR, with a high level of social discontent, intervened by the markets, which after the failure of the neoliberal experiment feels bound to fall back into the arms of Labour, which The Economist compares to Italy and Der Speigel says is a banana monarchy. Return to Suez, 1956.