Resignations grow: "Work is not your life"

After the confinement, thousands of Americans lost their fear of giving up their jobs in search of a higher salary and vital well-being. 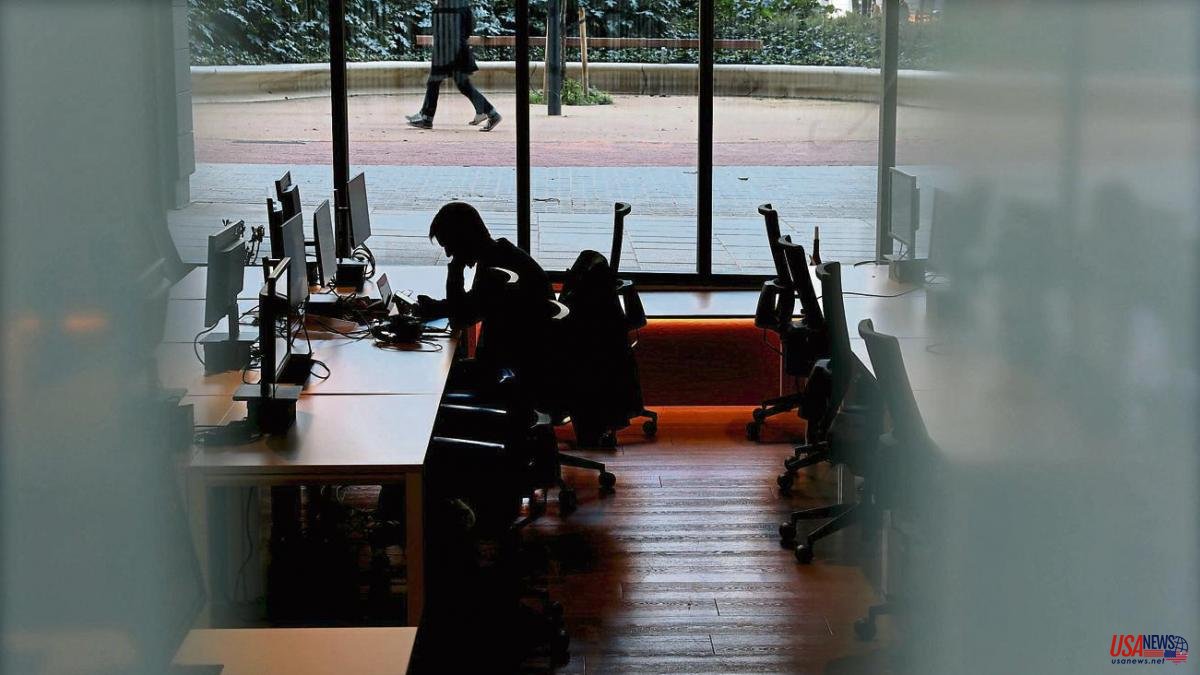 After the confinement, thousands of Americans lost their fear of giving up their jobs in search of a higher salary and vital well-being.

The phenomenon was baptized as the Great Resignation or Great Renunciation, a term coined by the American academic Anthony Klotz that has gone around the world. That's right. The number of resignations in the United States reached 47 million, an all-time high, which means that each month around four million people quit their jobs. According to data from the US Bureau of Labor Statistics, these figures are equivalent to a loss of between 2.5 and 3% of the country's workforce.

The phenomenon – of transversal scope and with special incidence in the services sector – immediately set off the alarms on a global scale. If it exploded in the United States, a country at the forefront of economic trends, it would surely proliferate in the rest of the advanced countries. This year, the number of resignations in the US remains at four million a month... so it's not a one-time thing.

But to what extent has the phenomenon moved to Europe? Some data show that labor unrest is on the rise in the Old Continent. For example, in the UK, resignations began to skyrocket in mid-2021, reaching a record 440,000 in the second quarter of this year, according to data from Statista. The work environment is tense. A study by the consulting firm PwC ensures that 20% of British workers intend to leave their jobs in 2023. In France, the Government has also warned that the level of voluntary resignations is high, affecting 2.7% of the workforce. workforce in the first quarter of this year. However, in Germany the phenomenon does not seem to catch on. Nor in Spain.

According to data from the Ministry of Social Security, the number of voluntary resignations or dismissals of workers with indefinite contracts has reached historical highs (see graph), with a peak of 7,000 resignations in the month of June. In the whole of the first semester, Spain has added some 30,000 voluntary casualties: Is it an alarming figure? If it is put in relation to the labor force as a whole, it represents less than 0.5%.

Given the increase in resignations, the Ministry of Labor decided at the end of May to meet with the social agents and address the issue. They concluded that in Spain there was not even a problem, since only 0.7% of jobs were unfilled, about 100,000 jobs if translated into absolute terms.

“The phenomenon in Spain cannot be compared to that of the United States, not even remotely. There, the unemployment rate is only 3.7%, a situation of full employment, while in Spain unemployment exceeds 12%, hence there is more reluctance to leave the job. In addition, the work culture is very different between the two countries. While it is okay to change jobs there, here it is still important to have a permanent job for life. And even more so in the context of uncertainty that we are experiencing this fall,” says Mónica Pérez, director of studies at Infojobs, one of the largest job search platforms in Spain.

However, the confinement imposed during the pandemic has implied a paradigm shift in the mentality of the Spanish worker. “Elements that go beyond salary, which promote the well-being of the worker, are becoming more and more relevant. We noticed that the order of priorities is beginning to change”, indicates Pérez.

According to an Infojobs survey published at the end of August (see graph), salary continues to be the main driver of job change in Spain (53%). However, aspects such as conciliation, flexible hours or teleworking have greater weight if they are taken into account as a whole.

In fact, although the phenomenon of the Great Renunciation has not reached this country, some sectors have cried out in the sky at the impossibility of finding employees. It has especially happened in the world of tourism. According to calculations by the Hospitality Association of Spain, this summer some 50,000 jobs remained to be filled, half of the total vacancies offered. In the opinion of the general secretary, Emilio Gallego, the typical hours of the sector and the weekend sessions have been one of the main reasons for the rejection. In addition, remuneration is also a point that holds professionals back. In the logistics and construction sector, concern has also grown about the lack of generational change, especially in the masonry and road transport jobs.

"Jobs that by nature cannot be carried out remotely and those that require hours beyond the usual working day have ceased to be attractive among young people and professionals up to 40 years old," says Pere Ejarque, head of Labor Guidance at the Cecot employers' association. . According to this entity, in Catalonia the phenomenon of the Great Renunciation does not exist either, although in the industrial and technological sector there are vacancies for specialists that are very difficult to fill. "Although salaries are competitive, the conditions are not as attractive as in the services sector and unfortunately, we are noticing that there is a growing lack of interest in coming to the industry," says Ejarque, who adds that some companies have begun to introduce benefits for retain employees by offering free gym membership, more flexible hours, and health insurance.

The growing dissatisfaction of the workers has also translated into another phenomenon, the Quiet Quitting or Silent Renunciation, born in the TikTok social network. Fearing that they will be unemployed or not find a better job, many young people from generation Z or millennials have decided to limit themselves to working the hours established in their employment contract, without assuming more workload than that legally established. “You are not resigned to work, but to the idea of ​​growing professionally, of going further. You keep doing the tasks but you don't follow the culture of effort," user Zaidleppelin, with more than 13,000 followers, explained in a viral video.

Working justly is not a new phenomenon, but its emergence on the networks is the latest reflection of the change in priorities of the new generations. This young New Yorker summed it up well: "Your value is not defined by your productivity, work is not your life."