A rescue team is racing against time in Vietnam as they desperately try to free a 10-year-old boy who fell down a narrow open shaft on New Year's Eve at a construction site in Dong Thap province. 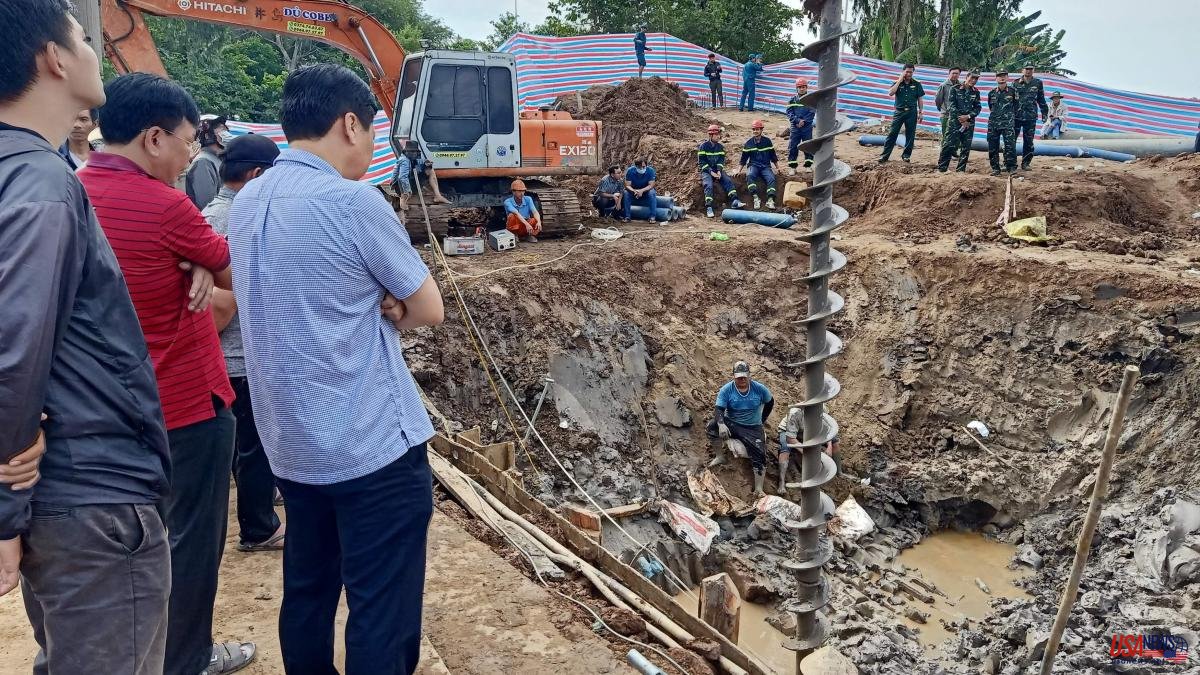 A rescue team is racing against time in Vietnam as they desperately try to free a 10-year-old boy who fell down a narrow open shaft on New Year's Eve at a construction site in Dong Thap province.

Eyewitnesses heard Ly Hao Nam calling for help shortly after falling down this kind of pit or concrete pile, but rescue teams have received no response so far. Members of the emergency device lowered a camera yesterday to try to locate the position of the child in this 35-meter-long vertical structure, which generally serves as a support for bridges.

The calamity occurred in the area where a bridge is being built in the Mekong Delta province, where the 10-year-old boy had been looking for scrap metal with his friends. There he had opened a hollow concrete pile, into which Ly Hao Nam rushed,

Speaking to the local newspaper Tuoi Tre News, Le Hoang Bao, director of the Dong Thap Province Transportation Department, commented his disbelief at the facts given the measurements of the open pit: "I can't understand how it fell into the pile, which has a diameter of 25 centimeters only, and 35 meters deep in the ground".

Efforts to lift the concrete structure with cranes and bulldozers have so far failed and rescue teams have been unable to determine the boy's position. Specialists have pumped oxygen into the pile and softened the ground around it, but the pile has tilted slightly, which is complicating extraction efforts.