The meeting that the School Board of Loudoun County (Virginia) held in June of last year ended worse than the Rosario de la Aurora. 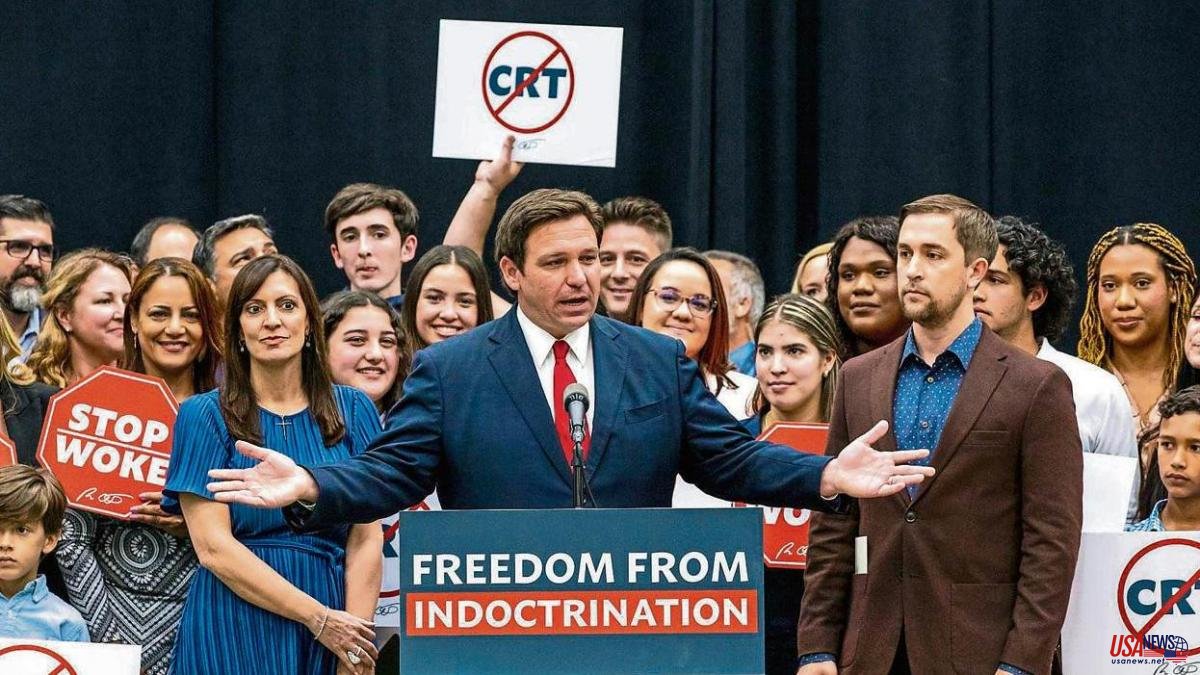 The meeting that the School Board of Loudoun County (Virginia) held in June of last year ended worse than the Rosario de la Aurora. One man was arrested and another summoned to testify for his aggressive attitude and resistance to authority during the riot that several parents of students formed when some protested loudly against the teachings on racism in history introduced in the study plans and in front of the Board's proposal for a new policy that would allow transgender students to use the name and pronouns of their choice and use the bathroom corresponding to their chosen identity.

Loudoun's was not an isolated fight, although it jumped into the media for its outcome. From a couple of years to this part, and with the trigger of intense discussions between parents and teachers in the hard stage of the pandemic, the debates on educational content and the adaptation of schools to the new realities in terms of identity of sex have become highly politicized pitched battles. And politicians, especially Republicans, have seen an electoral vein in the dispute. Just as the far-right Fox network has made it a priority subject of the continuous editorial in which – like CNN and NBC but from the opposite perspective – it has turned the rants of its presenters.

Conservative candidates for Tuesday's legislative elections learned a lesson from Virginia Governor Glenn Youngkin when he won office a year ago after a campaign focused on the alleged dangers of new "liberal-imposed" teachings. The scarecrow of the alleged "black racism against whites" implicit in the lessons of the so-called Critical Race Theory, as well as the "sexually explicit" contents of books such as Beloved , by the Afro-American Nobel Prize winner Toni Morrison, were key to achieving the support of thousands of parents in suburban Virginia. For some time now, under the auspices of Donald Trump and with the help of conservative activist Christopher Rufo on the issue of race, Fox's star host Tucker Carlson had been stoking that fire daily. As he continues to do in the midterm campaign.

Now there are 42 state parliaments that have tried to restrict the teaching of Critical Race Theory – even if it is not taught in their territories. Some attempts that have prospered in 17 states under Republican control, according to Education Week magazine.

And so far this year, almost 200 bills have been presented to restrict LGBT rights, basically in schools, and 21 have been enacted. Among them, as a model, stands out the one known as the Don't Say Gay law, promoted by the Governor of Florida, Ron DeSantis, and which prohibits teaching classes on sexual orientation or gender identity. Another precept approved in the same state vetoes teaching about racism. It is about "ending the indoctrination" promoted by the Democrats and that students and parents "stop feeling uncomfortable" with sexual issues and "guilty" with that of racism, says DeSantis, now a candidate for re-election and who is considered a possible rival of Trump with more possibilities in a primaries to the presidential ones of 2024. The governor has personally supported candidates of his liking to the School Boards of the state.

The intensification of the debate on education has made groups of parents and experts proliferate and grow, moving millions of dollars to try to remove and put representatives on the collegiate bodies of schools. Moms for Liberty, the American Principles Project, and Project 1776, all conservative, are cited as the most influential.

In Michigan, the American Principles Project is paying for TV ads against Democratic Governor Gretchen Whitmer, in which a narrator reads sexually explicit passages from the graphic novel Gender Queer, the most banned book in Republican states. Her voice says, "This is the kind of literature Whitmer wants her kids to be exposed to."

According to a survey by the National Parents Union, which fights for racial equity in education, 59% of parents are more motivated to vote in these midterm elections than in those of 2018.

"Education and parental rights is a very important issue in these elections, just as it was in Virginia last year," confirms the head of Communications for the Republican National Committee, Camille Gallo.