Renfe launches the first version of its comprehensive mobility application

After many months of testing and integrating various modes of transport into a single application, the first previously registered guinea pigs can now buy an AVE ticket together with the complementary means of transport at the origin and destination. 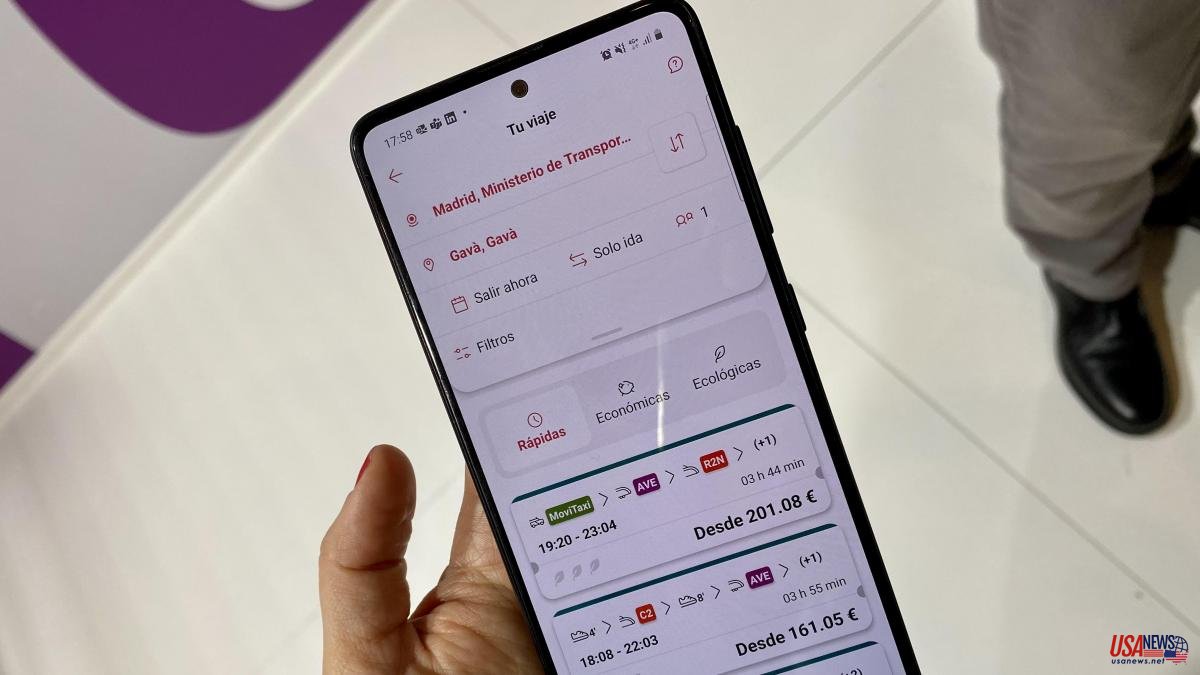 After many months of testing and integrating various modes of transport into a single application, the first previously registered guinea pigs can now buy an AVE ticket together with the complementary means of transport at the origin and destination.

The new multimodal mobility application launched by Renfe –baptized Doco– will allow, for example, the joint purchase of a taxi from the Gran Via venue of Fira de Barcelona to Sants station, the corresponding AVE ticket and then a motorbike rental by the minute to go from Atocha to the hotel. All this, knowing the price in advance and with a single payment through the application. That same mobile phone channel is the way through which the customer receives the successive updated information as the trip progresses, both the taxi pick-up data and the exact location of the nearest motorcycle or scooter.

At first, Renfe tickets are offered together with Cooltra's shared scooters, Reby's scooters, taxis integrated into the Karhoo and Movitaxi fleets and Bolt's driver-driven rental vehicles. The offer varies depending on the offer implemented in each city. While near Sants there are numerous Cooltra motorcycles for rent by the minute, in Atocha there are a large number of Reby scooters, which are themselves prohibited in the Catalan capital.

The Minister of Transport, Raquel Sánchez, was one of the first users who put the application to the test yesterday at the Smart City Expo room, which is held until today at the Gran Via venue of Fira de Barcelona, ​​and she was convinced that the application "It will be a reference at the international level" as it includes "increasing modes of transport to give the best option to the citizen." The minister herself was able to verify the transport alternatives offered by the system from her municipality, Gavà, to Nuevos Ministerios. Among her options appeared urban and interurban public transport, which for now are shown for informational purposes only. Its integration will come later.

The speed with which it does so will depend on the agreements that Renfe must enter into with the Autoritat del Transport Metropolità (ATM) and its counterparts in different parts of Spain or with the operators directly. Sources involved in the project acknowledge that the incorporation of the metro and buses from other cities is much more advanced than that of Barcelona.

Be that as it may, the launch of Doco is the most successful embodiment to date of the Mobility as a Service (MaaS) concept. It is a word with which all administrations have been filling their mouths for years, but the one who has managed to carry it out with face and eyes has been Renfe with the encouragement of its General Director of Strategy, Manel Villalante, and the development of NTT Data and Siemens Mobility.

The first version, which can be used from today by the first registered users, makes it clear once again how the T-Mobilitat project has been completely surpassed by current technological possibilities, which should aspire to allow the combination of the metro with Bicing or even with mobility services offered by private companies, a scenario that has not even been considered in the Generalitat in the medium term by those responsible for these issues in recent years.