Remains of gold and silver found in China's Longmen Grottoes

A team of archaeologists has discovered traces of gold, silver and also the use of colored glass in statues of the Longmen Grottoes. 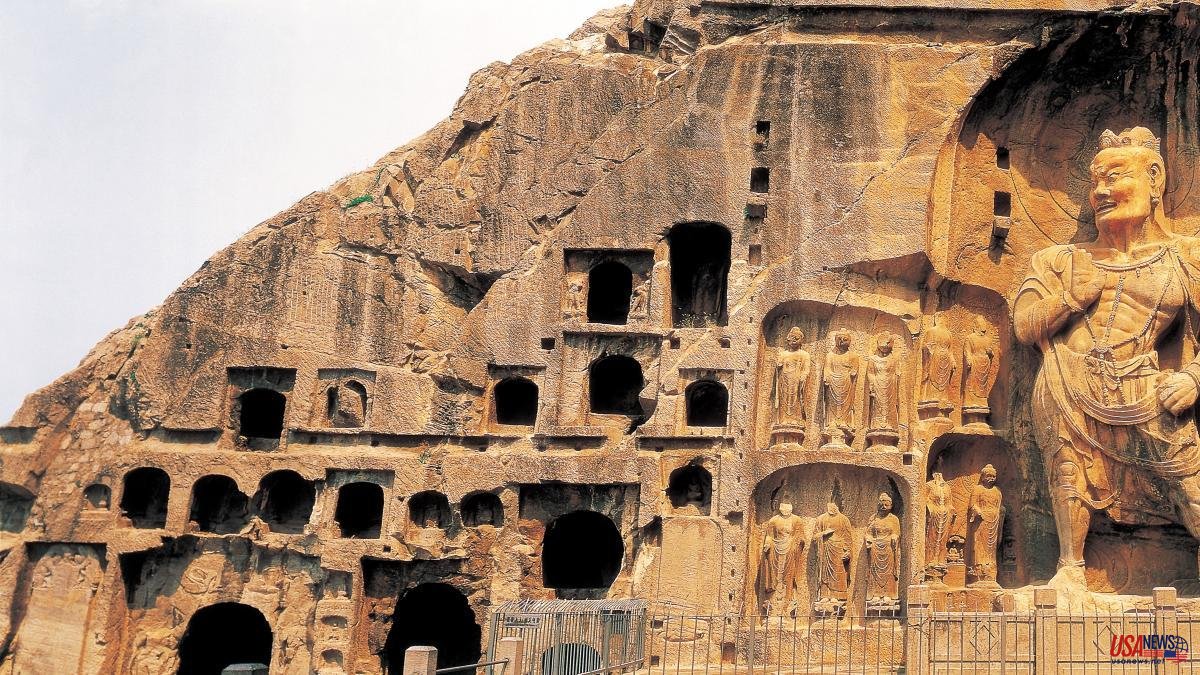 A team of archaeologists has discovered traces of gold, silver and also the use of colored glass in statues of the Longmen Grottoes. The sculptures, located in China's Henan province, are famous for their 100,000 stone Buddha images carved since the 5th century AD.

The finding is of great importance, as it will allow the statues to be better preserved. On the other hand, it will be possible to learn more about the artistic techniques that were used in its creation, as explained by the president of the Longmen Grottoes Research Institute, Shi Jiazhen.

To carry out this research, advanced technologies have been necessary that have made it possible to analyze in detail the face of the Buddha Vairocana, carved in the Tang dynasty (618-907). The fact that elements of gold and silver were found there suggests that the gilding technique was used in its construction, consisting of covering the image with a patina of gold or other precious metals.

The same has happened on the body of the sculpture, in which traces of green, red and black pigments have been detected, indicating that when the statue was erected it was probably wearing brightly colored garments. In addition, archaeologists discovered in another statue, this one of Bodhisattva, that the eyes were turned with colored glass in which silicon and lead were used.

The Longmen Grottoes were declared a World Heritage Site by UNESCO in 2000 and are one of the most important tourist and cultural attractions in China due to the enormous heritage treasured by the more than 2,000 caves that make up the archaeological site.