Reguant defends himself: "They didn't tell me what refusing to answer Vox could entail"

The deputy and spokesperson for the CUP in Parliament, Eulàlia Reguant, believes that she is innocent and not because she denies what she has done but because she did it to protect her rights. 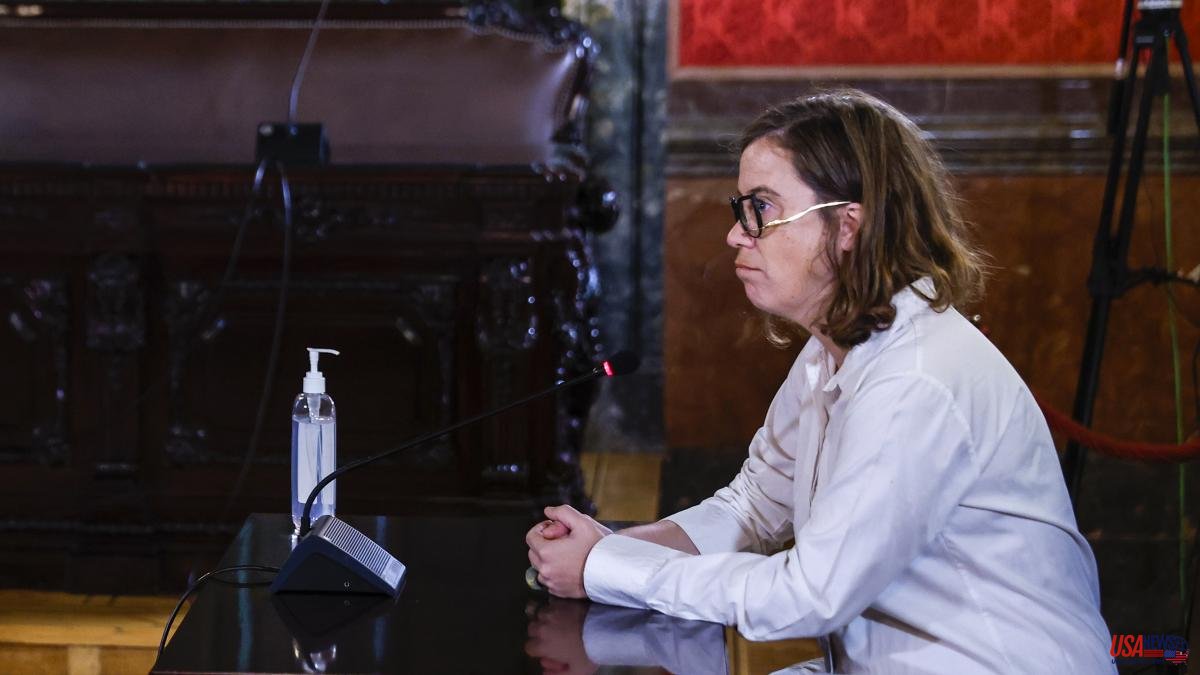 The deputy and spokesperson for the CUP in Parliament, Eulàlia Reguant, believes that she is innocent and not because she denies what she has done but because she did it to protect her rights. This leader has sat today on the bench of the defendants of the Supreme Court for a crime of disobedience and for which she faces four months of disqualification for refusing to answer Vox's questions when she was summoned as a witness in the procés trial .

As his lawyer has explained, it is evident that he refused to answer the popular accusation. However, he does not believe that he has committed any crime, first because he accepted his conscientious objection not to respond to a xenophobic, sexist and fascist party. But also, because in his opinion the president of the court that judged the procés, Manuel Marchena, did not warn him of the consequences that refusing to respond could entail. For his actions, he was fined 2,500 euros and a criminal proceeding was also opened for a crime of disobedience.

Today Reguant has gone to the Supreme Court accompanied by supporters and has defended her innocence. The deputy has chosen to answer in Catalan and has only wanted to answer the questions of her defense, thus avoiding the questioning of the prosecutor.

"They didn't tell me the penalty that not answering could bring," Reguant said, noting that the only thing the president told him was that he knew what he was exposing himself to if he refused to testify, ending the interrogation and leaving the the viewing room.

For the prosecutor, the deputy was aware of what she was doing and the consequences that this entailed. "Vox was a legitimate party and that is why the accused could not make a decision that is not protected by law," she indicated during her final report.

His lawyer has appealed for the "undermining of his personal dignity" that was involved in responding to a party like Vox, which represented the popular accusation in that trial held in 2019 and for which 13 people were convicted, including the former vice president of the Generalitat Oriol Junqueras. "The requested penalty is disproportionate given the scant nature of the facts," the defense has argued.

In her final turn, the CUP leader maintained that the fact that Vox was present at that trial was proof that it was "impossible" to have justice. “Vox's performance as an accusation became one more tool of the State to build a political trial. It cannot be seen only as a judicial anomaly, it is one more element of the repressive machinery of the State”, Reguant snapped before being cut off by the president of the court after warning that the Supreme Court “is not the place to make a political allegation” .