Real Sociedad gave the bell this Thursday at Old Trafford, where they fulfilled their dream of beating one of Europe's greats, Manchester United, with a goal by Brais Méndez from a penalty in the 59th minute, and presented their candidacy to lead a Europa League group in which they have already beaten their most important rival. 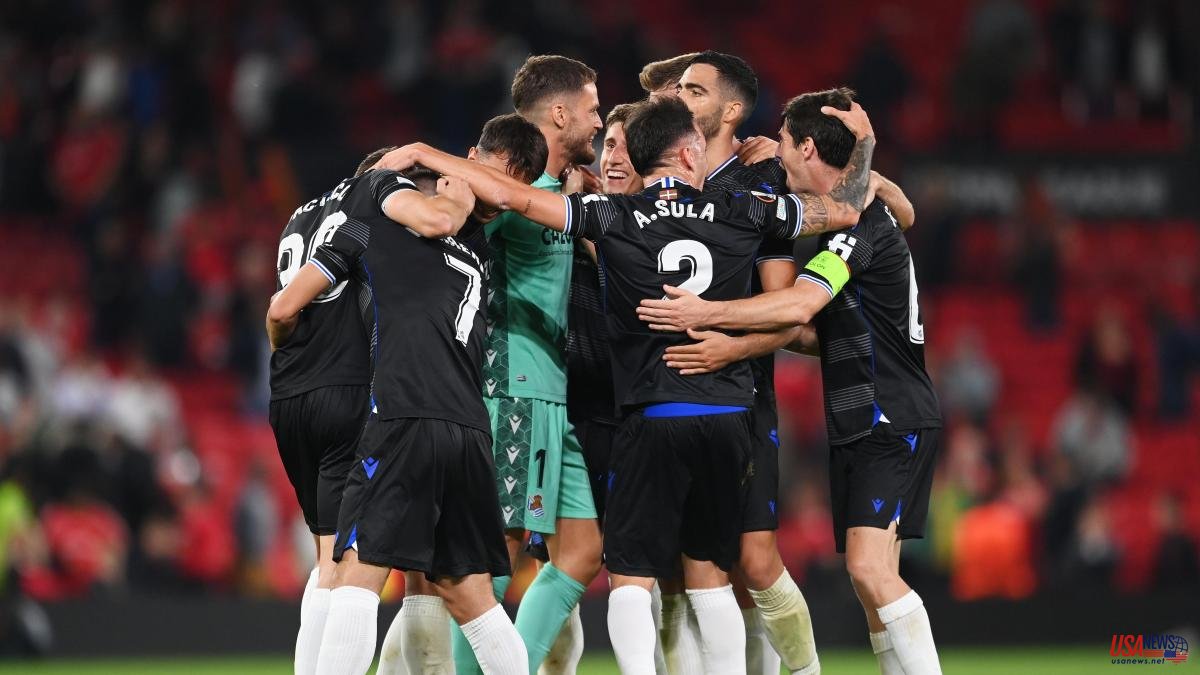 Real Sociedad gave the bell this Thursday at Old Trafford, where they fulfilled their dream of beating one of Europe's greats, Manchester United, with a goal by Brais Méndez from a penalty in the 59th minute, and presented their candidacy to lead a Europa League group in which they have already beaten their most important rival.

Football in England was in the background on the day of the death of Queen Elizabeth II and the English game seemed to be infected by that duel to shine by its absence in a first half in which the Real showed personality and was not daunted in his attempt to protect the British.

Ronaldo, who returned to the starting eleven at the start of the season with a lot of turmoil about his future, was like his little recognizable team, the young defender in the Real substitute for the injured Le Normand, Jon Pacheco, was in charge of drying the Portuguese with Aritz and the Basque team experienced an unexpectedly calm first period.

The biggest scare came in the final stretch of this period, when a reserved Ronaldo signed a trademark header to beat Remiro, but the Portuguese striker was in clear fire.

The local coach, Erik Ten Hag, was not at all satisfied with his team and sent several of his players to warm up before the end of the first half, sending a message of disagreement that was going to have consequences after going through the locker room with the entrance of Bruno Fernandes and Lisandro.

United intensified their dominance in the second half, Real went back and had to suffer with a shot from outside the area by Ronaldo that grazed the crossbar and brought the Portuguese a little closer to a crowd that is still examining him for his wishes leaving the club this summer.

The English team could not trust much either because the people from San Sebastian also had flashes of good football, in one of which came the great occasion generated by an action by Kubo that Sorloth did not convert into a goal by centimeters in his header culmination.

The scenario changed and immediately came the penalty given to Lisandro for a handball inside the area to intercept a shot by Silva that Brais Méndez, in the absence of specialist Mikel Oyarzabal, scored with great confidence to put Real Sociedad ahead.

In the final minutes, a local team put Remiro to the test in two shots from Ronaldo and Casemiro, but La Real was very firm, did not break down and had a calmer end of the game than expected.