Real Sociedad and Real Betis have established themselves in the European positions in recent years, and it does not seem that they are going to give them up anytime soon. 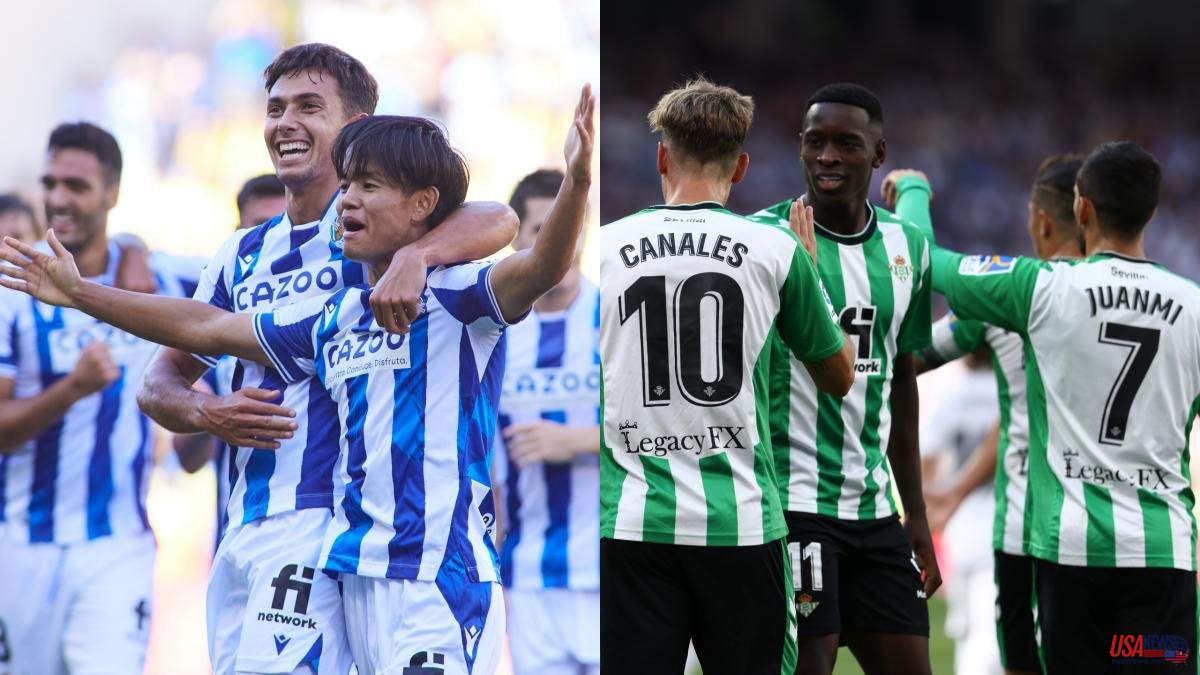 Real Sociedad and Real Betis have established themselves in the European positions in recent years, and it does not seem that they are going to give them up anytime soon. This Thursday, September 8, Basques and Andalusians begin a new journey in the Europa League. It is the fourth consecutive season for Real in the second highest continental club competition. For Betis, it will be the third. Both are also in a similar situation in their groups. The txuri-urdin have Manchester United as their main rival in the fight for leadership, and the Verdiblancos have Roma. A priori, the other four teams should not pose much of a threat to their aspirations of advancing to the playoffs. The objective: to improve on last year's result, where Real Sociedad lost in the preliminary round after finishing as second in the group and Betis in the round of 16, against the would-be champion, Eintracht Frankfurt.

These are two projects with great similarities. They are two author teams, where the imprint of Imanol Alguacil and Manuel Pellegrini is easily recognizable. Both are committed to youth and to displaying offensive and uninhibited football. They favor dominance through possession and put together pieces of enormous quality in the center of the field and in the three-quarter zone. If something differentiates them, it is the ease of reaching the goal. Betis, with Borja Iglesias (third top scorer in La Liga) and Juanmi, have it; La Real, with the recently signed Umar Sadiq, is looking for her.

Those from San Sebastián are ninth in the league after four games. They did not have an easy start at all: they already faced each other with Barcelona (defeat, 1-4) and Atlético de Madrid (draw, 1-1), two of the candidates for the title. They were his only two punctures, since against Cádiz and Elche they took two victories by the minimum. That is the main problem of the Alguacil: the lack of goals. The little they had was taken away by Newcastle a few days before the market closed, with the record signing of Alexander Isak, and Real reacted at the last minute with the hiring of Sadiq, who was at Almería and who made his debut scoring against to an entire Atlético de Madrid. They are going to need many more goals from the Nigerian.

For the rest, they are a solid defensive team that stands out for amassing many quality players with different profiles from midfield up. Martín Zubimendi is the purest pivot, and ahead of him are Brais Méndez and his punch, Mikel Merino and his physical ability, David Silva and his vision or Takefusa Kubo and his quality in tight spaces. The explosion of Mohamed-Ali Cho, an 18-year-old left-handed attacker with a lot of self-confidence who usually starts from the left zone, is surprising.

Betis is in a better situation in the domestic competition. They started with three consecutive wins, and only gave up the lead after losing last weekend against the co-leader, Real Madrid. In the same way as the Blue and Whites, Pellegrini's men brim with quality in three quarters with Sergio Canales and Nabil Fekir, although the latter will miss about a month after his injury at the Santiago Bernabéu. Even so, Betis has plenty of potential, with Borja Iglesias in a state of grace, with the double pivot formed by William Carvalho and Guido Rodríguez perfectly established and with a more solid defensive line than in recent seasons.

The Basques will debut against Manchester United and the Betis against Helsinki. Bad time to see each other face to face with the Red Devils, who, after a start to the Premier League that predicted a disastrous season, managed to recover and now have the best run of results in England, with four consecutive victories. The appearances of Lisandro Martínez, Casemiro and Antony, who debuted with a goal, washed the face of Erik Ten Hag's team, who seem to be finding their ideal setting. For its part, Helsinki is one of the rivals, a priori, inferior to the Betis group, which will also have to face Ludogorets and José Mourinho's Roma, the other main candidate for leadership.