After Sunday's stumble against Osasuna in the League (a 1-1 that cut short a streak of nine wins in a row), Real Madrid wants to get back on track with a win tonight at the Bernabeu (9:00pm CET/Movistar Liga of Champions) against Shakhtar Donetz on matchday three of the Champions League. 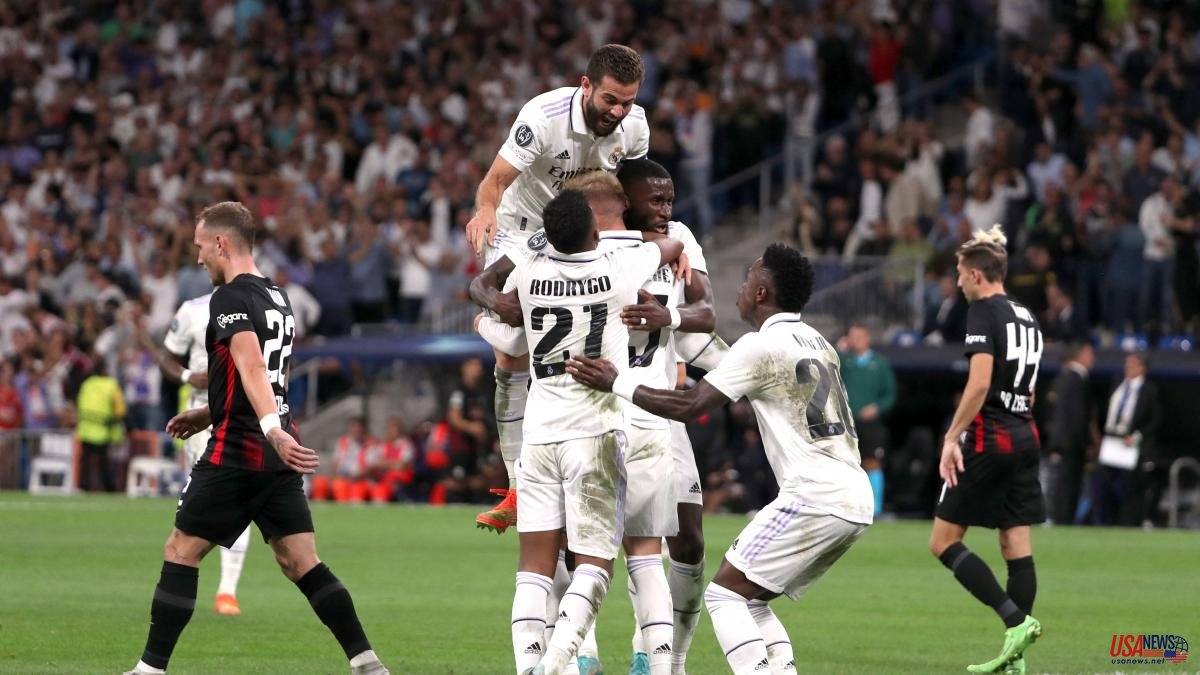 After Sunday's stumble against Osasuna in the League (a 1-1 that cut short a streak of nine wins in a row), Real Madrid wants to get back on track with a win tonight at the Bernabeu (9:00pm CET/Movistar Liga of Champions) against Shakhtar Donetz on matchday three of the Champions League. The Whites have won their first two games of this phase (against Celtic in Glasgow and against Leipzig at home) and a third victory would leave them very close to qualifying for the round of 16 and clear their path to being top of the group.

For tonight Ancelotti is still without his starting goalkeeper, Courtois, suffering from sciatica and who no longer played against Osasuna. The Belgian will also be in doubt on Saturday at the Coliseum against Getafe. It will be a new opportunity for the Ukrainian goalkeeper Lunin, very motivated for the appointment. Dani Ceballos was also out at the last minute, with a hamstring problem. The Sevillian was not at all good on Sunday.

The best news for the Whites is the recovery and entry into the list of Luka Modric, who returned injured from his call-up with the Croatian national team. Ancelotti did not clear in the press conference on Tuesday if Modric will start, but everything indicates that he will play minutes with a view to being 100% for the classic on the 16th.

The occasion is propitious for Madrid to give a good image again and forget the doubts of Sunday, when Osasuna choked. In favor of this idea is that a brave rival is expected, who does not go out exclusively to defend as he already demonstrated on the first day of this group stage by giving the great surprise of winning (1-4) in Germany against Leipzig, a priori the team that was in the pools to be second in the group and that is in bottom having lost both games played (the second fell 2-0 at the Bernabeu).

Shakhtar plays its matches in Warsaw and has lost its legion of Brazilians to the war of Russian aggression, a characteristic of Shakhtar in the last decade. Now it only has three foreigners on its squad (the only undisputed starter is the Brazilian winger Lucas Taylor; the other two are a Burkinabe and a Croat) and it is managed by Croatian Igor Jovicevic, with a Madrid past, since he played for Castilla between the 1991 and the 1995.

Jovicevic, who replaced the Italian Roberto de Zerbi this season, signed for Real Madrid on the recommendation of Vicente del Bosque. In the reserve team he was under the orders of Mariano García Remón and Rafa Benítez and played several friendlies with the first team, but none were official.

A serious knee injury in 1995, which kept him off the pitch for more than half a year, cut short Jovicevic's progress, and he returned to his country at the end of his contract with Madrid in 1996. Curiously, he was seriously injured playing a match with his country's under-21 team against Ukraine, where he would later play at Karpaty.

The Croatian, who speaks fluent Spanish and Ukrainian, coached Dnipro-1 and Karpaty, before being hired by Shakhtar, whose sporting director is another Croat, Dario Srna.

With Jovicevic on the bench, Shakhtar, who played the weekend against Metallist with eleven Ukrainians and won (1-6), is the undisputed leader of the Ukrainian league with four wins and one draw. Against Metallist, Shakhtar played with eleven Ukrainians. It had been 20 years since this happened. His veteran is the midfielder Stepanenko (33 years old and twelve seasons in the team) and his figure is the striker Mudryk.

This is the third time in a row that Real Madrid and Shakhtar have met in the group stage. Two seasons ago the Ukrainian team won both games (in Madrid at Valdebebas), but last season the Whites won both quite easily.