Real Madrid has reached the Champions League final in an unprecedented way in the history of this competition. 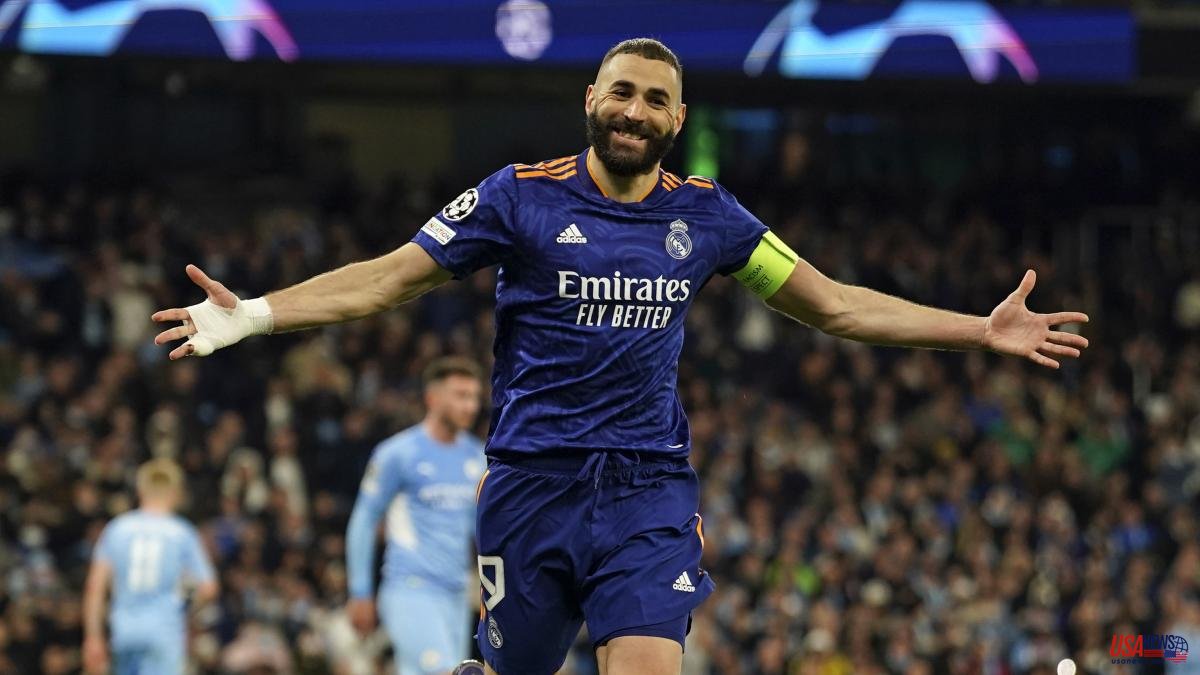 Real Madrid has reached the Champions League final in an unprecedented way in the history of this competition. Many times some teams have raised impossible games. Remember Manchester United's victory in the Camp Nou final on May 26, 1999, with two English goals in 91 and 93 that overcame Bayern's opening goal. Or the one in Lisbon in 2014, when Sergio Ramos in 93 took the game to extra time. But this time Real Madrid needed three sporting miracles, three knockout ties in which they seemed totally lost and came back in the final minutes.

Real Madrid's qualification for the final in Paris began in September with a fairly affordable group and in which first place seemed to be at stake with Inter Milan, with Shakhtar Donetsk from Ukraine and the modest Sheriff Tiraspol from Moldova as troupes.

Madrid debuted in the competition on September 15 at the San Siro, a priori the most difficult match of the group. There the first miracle took place, a little miracle according to what would come later. Inter were far superior to the Whites, who would hold the score supported by a great Courtois and would score the goal that gave them the victory in 89 by Rodrygo, a carbon copy of what was going to happen several times months later.

The next game, already at the Bernabeu, was going to be the biggest disappointment for Madrid and what was going to be perhaps the biggest surprise of the Champions League group stage. Sheriff Tiraspol won at the Bernabeu (1-2), a match that Madrid did not deserve to lose in any way and that the Moldovans resolved with a goal in added time. It would not go beyond an anecdote because Madrid resolved the remaining four games well and finished first in the group.

Everything that came after can be considered a surprise, starting with the round of 16 draw, which was a real botched game. Madrid was initially paired with Benfica, but to the embarrassment of UEFA, the draw had to be repeated because the balls of the teams were not correctly placed in their corresponding pots. In the repetition, Madrid had to cross paths with PSG, one of the coconuts and top favorites.

The first leg was played on February 15 in a packed Parc des Princes. PSG were superior to Madrid from start to finish, especially in the first half, in which the Whites barely crossed the midfield. Courtois, with great saves, was the hero of the match, including a penalty to Messi. However, in minute 93 he was unable to stop a shot from Mbappé and PSG faced the second leg with a narrow victory.

On March 9, with the visit of PSG, the Bernabeu vibrated like never before in recent years. Until the 60th minute it was a carbon copy of the first leg. PSG ran into Courtois time and time again, whom they beat again through Mbappé in the 39th minute. Madrid seemed totally dejected but in the 61st minute Benzema approached Donnarumma to bother him on his serve. The Italian goalkeeper got nervous and fatally cleared the ball, which ended in Vinícius and a final shot by Benzema that made it 1-1. PSG died there, psychologically broken after the draw. Benzema scored the second and third goals in 76 and 78.

The quarterfinals matched Real Madrid with Chelsea, the champion of the previous edition, a team that had eliminated the Whites in the last semi-finals. The first leg was at Stamford Bridge on March 6. Madrid played an extraordinary game and won 1-3 with another hat-trick from a Benzema in a state of grace. In fact, Madrid could have come with a larger lead because they had chances to do so, especially in the first half.

The second leg was played on April 12 at the Bernabeu and it was a torment for Madrid, overcome time and time again by the energy with which Chelsea displayed. Mount, Rüdiger and Werner made it 0-3 on the scoreboard and it could have been even worse because Marcos Alonso had a goal disallowed for touching the ball with his hand, a VAR action that the English protested a lot.

Once again with everything lost by 0-3, Madrid found the 1-3 goal that took the game to extra time in minute 81 in a splendid pass with the outside by Modric and a shot by Rodrygo. In extra time, Benzema sentenced.

The semifinals provided a duel Real Madrid-Manchester City. The first leg was played at the Etihad on April 26. Guardiola's team won 4-3 in a duel in which defensive failures alternately condemned the two teams. Madrid was soon two goals down, but every time they were lost they found a goal that alleviated their ills. The last one, a penalty that Benzema converted to Panenka with cold blood when a few days before he had missed two maximum penalties in the Sadar.

The second leg was played on May 4 at the Bernabeu. The first half was even, with alternate chances but no goals. The second half was clearly for City, who imposed their game of touch and possession. Guardiola's men took the lead with a goal from Mahrez in the 73rd minute. The Whites were more eliminated than ever. It seemed that City's second was going to come but in two defensive failures and two crosses to the pot Rodrygo appeared to score 1-1 in 90 and 2-1 in 91. The game went into extra time to the astonishment of Guardiola.

In extra time, Madrid soon scored a penalty, the work, of course, of Benzema. From there the City went up with everything. Courtois appeared a couple of times and already in the second part of added time nothing was played between changes and interruptions. The miracle of Madrid was consummated. I was in the final, something that seemed unthinkable at the beginning of the season in a year that was going to be one of transition and even more so because of the way it had taken place. Nothing like it was ever seen.