Real Madrid's debut in the Champions League at the Santiago Bernabeu was much bitterer than expected. 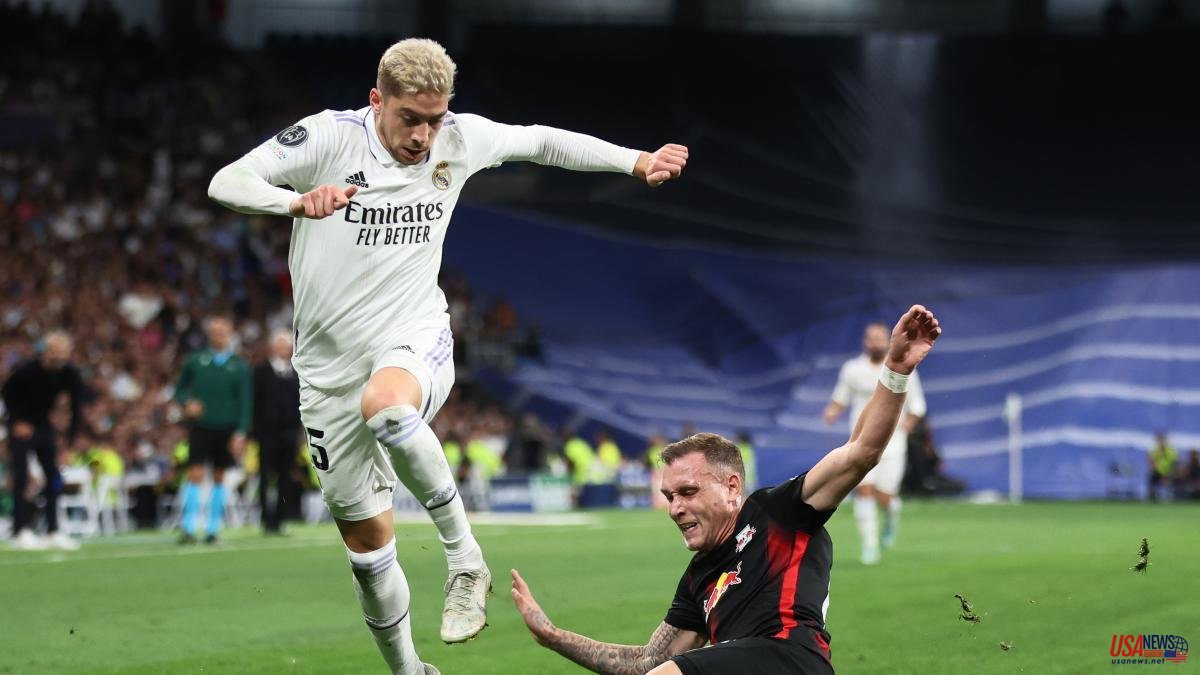 Real Madrid's debut in the Champions League at the Santiago Bernabeu was much bitterer than expected. The Whites suffered in the first half and improved in the second, prevailing with a goal from Fede Valverde's shot a quarter of an hour from the end and one more from Asensio already in stoppage time. A script many times repeated in this season.

Leipzig, who had received a beating at the hands of Shakhtar (1-4) on their field on the first day, showed that with a new coach, Marco Rose, they are different and put up a tough battle against a Madrid that was never very comfortable and was clearly outclassed in the first half hour of play.

For Ancelotti, during the first half, the plan did not work. His midfield with Tchouaméni, Modric and Camavinga could not with the energy with which Leipzig was deployed, nothing complexed by the Bernabeu. On the contrary, the German team behaved like the needy who come with nothing to lose and much to gain.

Madrid came into play little in the first act also because Vinícius was seen very little, handcuffed very well by his marker. There was no occasion for controversy because the Brazilian only had a dribble, which did not find a finisher.

That was another of Madrid's ills. Ancelotti opted for Rodrygo as a replacement for Benzema and Rodrygo is more of a second striker and does much more damage down the flank. To play in the center he lacks bodywork to fight with the centrals. And when a ball came to him and he headed to get into the area, he always had a dribble left over.

Better position on the field, Lepizig had more of the ball in the first half hour, but they lacked fang to make the most of their dominance. He attacked with a lot of people, but Madrid's defensive structure worked reasonably well, with Rúdiger and Nacho in central defenders. Nacho is the meritorious one who always delivers and rarely gets complicated.

And on the few occasions that Leipzig came through clearly, they ran into Courtois, the wall that has saved Madrid so many times in this competition.

Lepizig's clearest chance came midway through the first half, a run by Werner that ended in a cross to the far post. Courtois looked beaten, Nkunku stretched to his full length, but was unable to finish off the ball.

Madrid did not finish once with danger in the entire first half. Camavinga had two options and failed both. Modric shot once near the post and the closest thing to an opportunity was a missed header inside the box by Rüdiger from a corner.

The second part started more balanced. Madrid sought more prominence by taking a step forward and Leipzig sought battle in midfield. The game became dull and dull, with no one making a lane-breaking pass or attempting a lopsided dribble near the box.

At game time and as the panorama painted a game for 0-0, Ancelotti moved the bench and introduced Marco Asencio for Camavinga, who had experienced one of his darkest games.

The Balearic was received by the stands with divided opinions, whistles that showed that Real Madrid has not taken kindly to his summer whims to leave the club.

Asensio's entry coincided with Madrid's most dominant minutes, definitely ready to win the game, something they have been doing in this stretch all season. Asensio missed a clear chance in a lob and could not make amends.

In the absence of a quarter of an hour Madrid took out the hunting rifle and sentenced. First Valverde scored and in the discount Asensio. Classification on track with better result than game. This is the Champions.