Real Madrid fulfilled their objective, beating Celtic with a landslide in a match where they had no rival and went through to the round of 16 as first in the group. 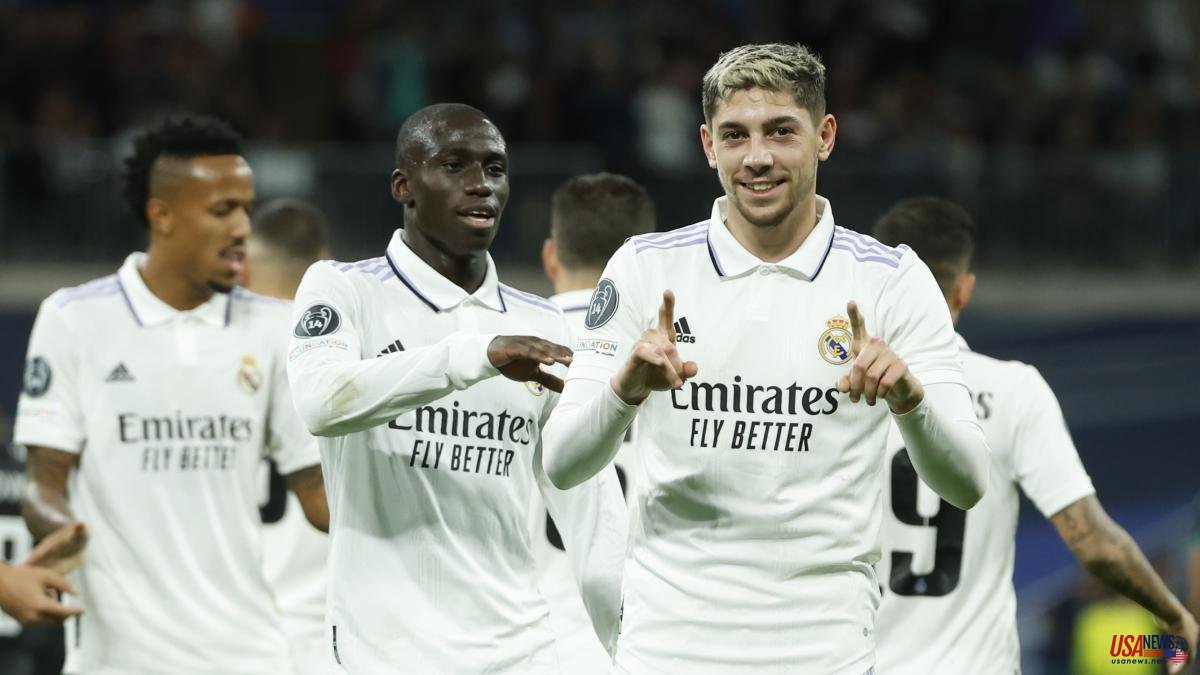 Real Madrid fulfilled their objective, beating Celtic with a landslide in a match where they had no rival and went through to the round of 16 as first in the group. The night will also go down in history as it is the first time that a referee directs a Champions League match at the Bernabeu, the Frenchwoman Stéphanie Frappart, who awarded three penalties in the first half.

The game had little emotion. After twenty minutes, Madrid was already winning 2-0 and the feeling is that they were playing with the handbrake on. After two games without a win, Ancelotti did not want any surprises and had the gala eleven except for Benzema, who was on the bench as a precaution. The French striker has already been absent seven times this season when in the previous campaign he was only absent ten.

Celtic, who have not won a Champions League game since 2017, were the perfect opponent for a quiet night. Madrid was already winning after five minutes due to a penalty committed by Jenz and which Modric converted.

However, Madrid cannot be misled. His defense is not fine at all. Against a team like Celtic, they conceded a lot behind. In fact, Courtois was the best of the team. in the first time. He made two great saves from long shots and as the icing on the cake he finished off his great performance by saving a penalty from Juranovic, who gave him a whiplash that would have made it 2-1. Madrid had already scored the second, also from a penalty, this time at the hands of 0'Riley. Rodrygo threw it, that there is no Champions League match that he does not score. The young Brazilian has an impressive statistic in this competition: he scores every 71 minutes.

The one who did not have his day was Vinícius, who missed two goals sung in the first half due to two missed shots, something rare in this season in which he is the team's great scorer. He then compensated with a goal in the second half.

The night was also good for Asensio, who finally played as a starter and who was the one who most activated the Whites' attack.

Celtic, with a lot of Japanese in their ranks, was tactically very messy, brave to go up with a lot of people, almost kamikaze, which generated many spaces, favoring many Whites' cons that were lost by haste.

The second half could not have started better for Madrid, who scored in the 51st on a good shot by Asensio after a backwards pass by Carvajal.

The 3-0 further decomposed a Celtic who by then did not know if it was better to protect themselves to avoid an even greater downpour or look for the goal of honor.

While he was deciding, the fourth fell to him in a center by Valverde and a point-blank shot by Vinícius. It was the last thing the Brazilian did because after Ancelotti scored, he decided to change to give breaks and retired, in addition to Vinícius, Modric, Carvajal, Alaba and Militao. Benzema entered and also people who play as little as Lucas Vázquez, Ceballos and even Vallejo.

The festival continued with another goal from Valverde in another of his shots, a right-footed shot from distance that easily beat Hart.

In the last minutes, Celtic went up and managed not to leave the Bernabeu empty-handed when Jota scored in the 83rd minute from a free kick, making it 5-1 to the revelry of the 7,000 Scots in the stands who had not stopped cheering at any time. Madrid is already in the round of 16.