Real Madrid continues its tour of the US tour, facing Club América this Tuesday, July 26, after the defeat against FC Barcelona. 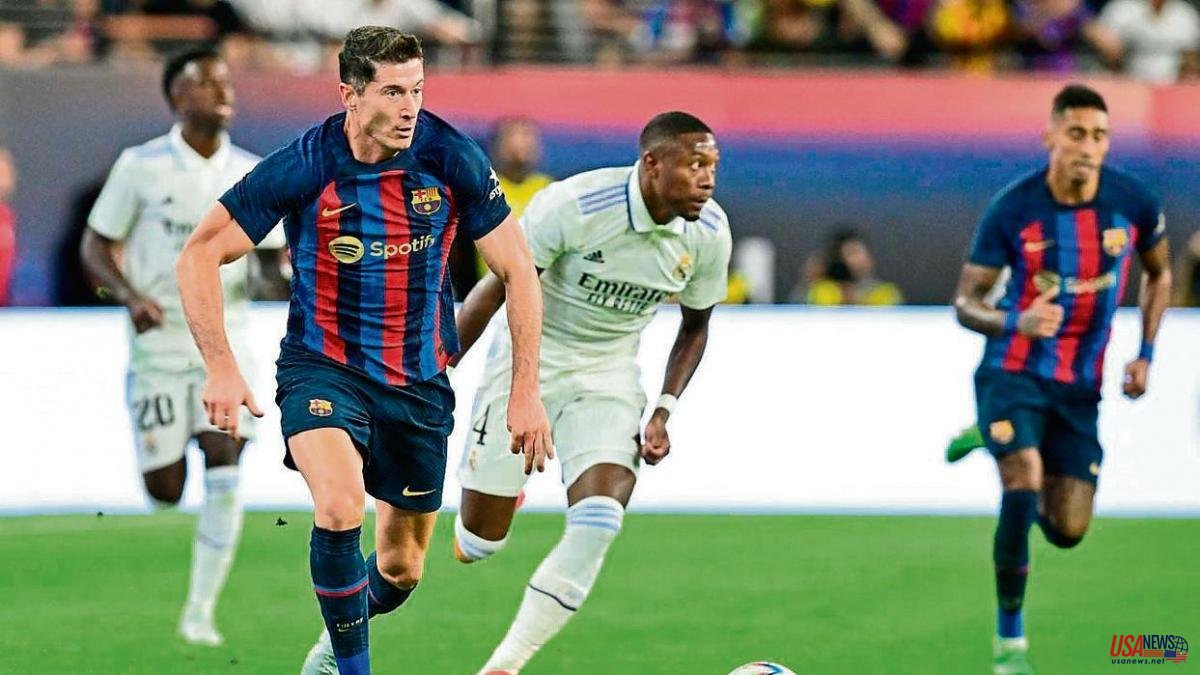 Real Madrid continues its tour of the US tour, facing Club América this Tuesday, July 26, after the defeat against FC Barcelona. El Clásico was played last Saturday, July 23 (early morning on July 24 in Spain), where the Barça team won thanks to a goal from Rapinha.

The match between Real Madrid and Club América will take place in the early hours of this Tuesday, July 26 at 4:30 a.m. at the Oracle Park Stadium (California). The match can be seen openly on La1, as well as on RTVE Play. It can also be followed by Esport3 in Catalonia.