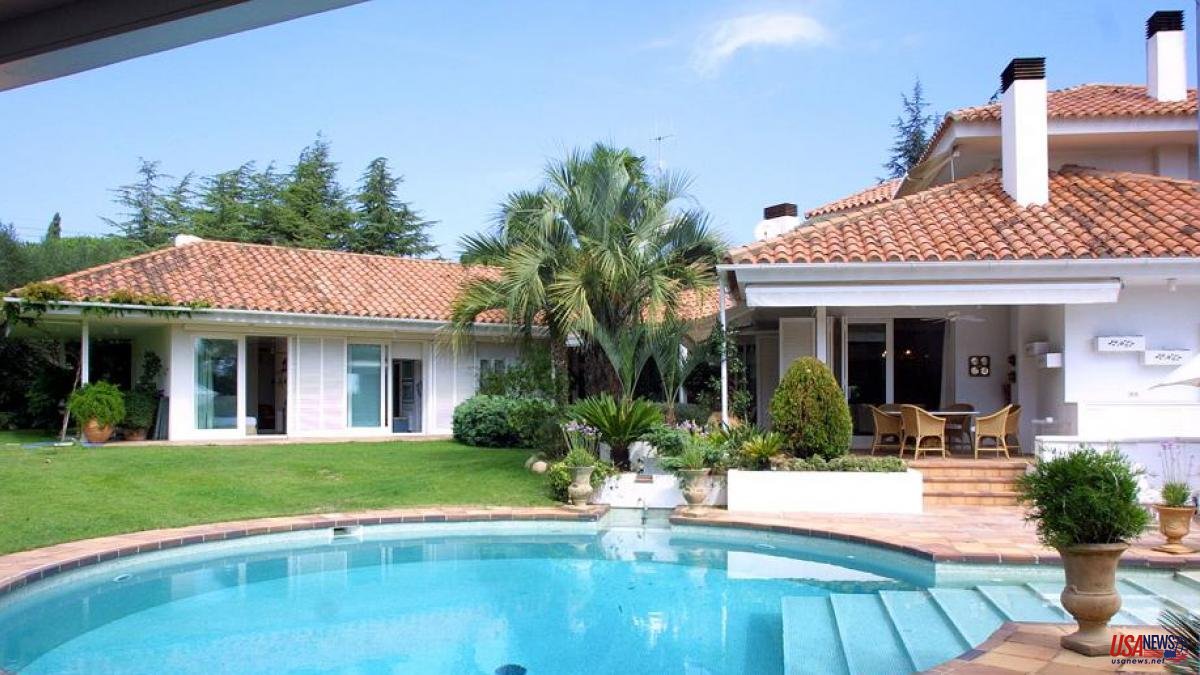 Real estate stops. “We have fewer buyers and transactions are down. Sales deadlines are lengthening”, summarizes Emiliano Bermúdez, deputy general manager of Don Piso. In his company, a sale took 65 days and has now passed to 90. "We believe that we are going to place ourselves in about 120 days at the return of summer."

According to Antonio Lodeiro, CEO of the Activum real estate company, “we have noticed a break since the end of May. It is not a collapse, but caution in the face of uncertainty due to the war, economic expectations and the impact of the rate hike. Those who need to find a flat buy. But those who already have housing and are looking to improve, are waiting."

Juan Fernández-Aceytuno CEO of the ST appraiser, recalls that the real estate cycle in Spain usually has seven or eight years of price increases followed by periods of stagnation or decline, as occurred in 2008. “The last bullish cycle It should have been 2013-2020, but the reaction to the pandemic has dragged it out until today.”

Bermúdez explains that the sales boom that has been experienced after the pandemic has been driven "by the savings that were accumulated in those months, which have already been exhausted, and by the desire to anticipate the rise in interest rates, which has already has produced. Many buyers advanced their decisions: those sales have already been made”.

The rate hike, which few anticipated a few months ago, and the new inflation and crisis scenario will mean that almost 100,000 fewer homes will be sold in Spain this year than expected. Thus, the BBVA study service forecast last year to close the year with a Euribor of 0.5% and around 700,000 homes sold in Spain. Today, with the monthly Euribor at 0.995% and inflation at 10%, Bermúdez forecasts that 2022 will close with some 600,000 purchases, 6% more than last year, but far from the increase in sales of 34.6 % that occurred in 2021.

"This 2022 points to the fact that it will mark the final phase of market growth, and the maximum in sales" agrees Lázaro Cubero, director of the Tecnocasa analysis department. In his opinion, Madrid, and especially Barcelona, ​​have already reached the point of a mature market, in which transactions begin to decline, sales terms lengthen and prices stop. "And the big cities anticipate the trends, which then spread to the rest of the country," he says.

The break even affects the sale of new homes. "It is true that where there is very little, for example in Barcelona, ​​that lack of supply should allow it to hold up better," predicts Lodeiro.

Real estate agents often state that “you buy installments, not flats”: buyers look for properties that fit their maximum payment capacity. But the rise in inflation, which has triggered basic household expenses, and that of the Euribor has reduced their purchasing power. "We anticipate that 20% of the demand we had is going to be left out of the market," says Bermúdez. And it is that the banks are strict and refuse to give mortgages for more than 80% of the appraised value or whose payment supposes more than 35% of the family income. According to Fotocasa's Market Radiography, the percentage of potential buyers who finally quit because they realize that their income does not allow them to buy has grown 6 points, to 38%.

The halt in sales, paradoxically, does not affect prices, which continue to rise: according to the appraiser Tinsa, up to June they accumulated a year-on-year increase of 8.7%. Don Piso forecasts that the increase will slow down and they will close the year with an increase of slightly less than 6%, and that they will grow another 3% next year. "The price of housing is very inelastic, because sellers are very reluctant to lower it," says Bermúdez, who recalls that in 2008, with the collapse of the real estate market after the bursting of the bubble, it took two years to begin to fall. And only the Guindos decrees of 2012, which raised to 35% the provisions that banks had to make for awarded flats, led to the sharp drop in prices that ended up cleaning up the market.

The director of Don Piso recalls that “it is very difficult for an individual to agree to lower the price by 5% to close a sale. He prefers to wait for another offer to arrive.” All in all, Bermúdez warns that if the sales deadlines are lengthened "it is possible that we will see again what happened during the crisis, when buyers initially asked for 10% discounts." Sellers with an urge to sell, he points out, end up negotiating.