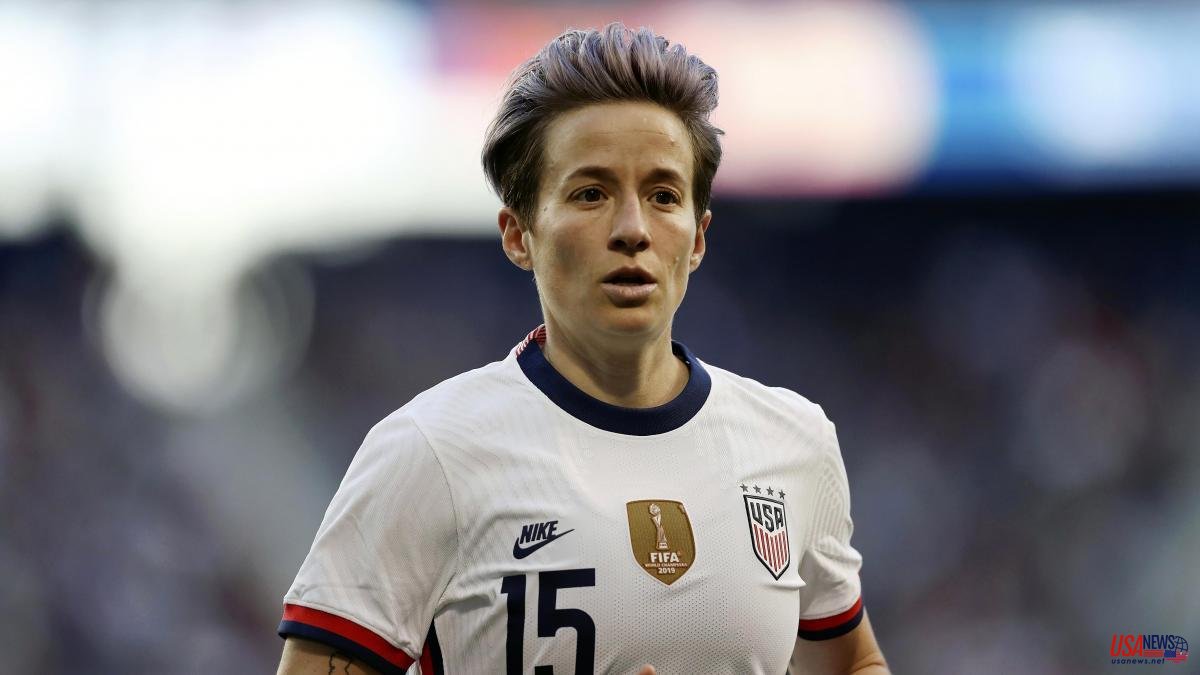 Indignation. Rage. Impotence. Many of the most recognized voices in the world of American sports have raised their voices in recent hours to show themselves against the decision of the Supreme Court to eliminate the right to abortion, legal in the country for almost 50 years (1973).

One of the most authoritative voices is the soccer player Megan Rapinoe. Always socially committed, the one who was one of the architects who achieved equal pay in the national team harshly criticized this 180-degree turn that will affect especially the most vulnerable women, without alternatives or resources to interrupt their pregnancy outside the country.

In a press conference shared by Instagram, the world champion, visibly moved, showed off her speech to condemn the "cruelty" of the sentence. "I am a white, rich, cisgender woman living in one of the most progressive cities in the world (Seattle) with the protection of not only me and my resources, but also this (pointing to U.S. Soccer WNT kit)) ".

"Not everyone is counting on this. We know this will disproportionately affect poor women, African-American women, immigrant women, women in violent relationships, women who have been raped, women and girls who have been raped by members of their own families, or who maybe they just haven't made the best decisions," he stressed. Likewise, he recalled that "the abortion ban does not prevent abortions, but rather prevents safe abortions. (...) I cannot describe the sadness and cruelty of this, I think cruelty is the key point, because this does not is to be in favor of life".

For her part, former tennis player Billie Jean King, a fervent defender of women's rights, indicated on Twitter that "it is a sad day in the United States" and reiterated Rapinoe's idea that the Supreme Court ruling "will not end abortion ", but" will end healthy and legal access to this vital medical intervention.

The world of basketball also showed its unity to reject the illegalization of abortion. The NBA and WNBA released a joint statement saying "freedom should be protected."

"The NBA and WNBA believe that women should be able to make their own decisions about their health and their future, and we believe that freedom must be protected. We will continue to fight for gender equality and the right to health, including that our workers have access to to a reproductive health system regardless of location.

Not only the leagues have spoken. Also players like LeBron James or Sue Bird, two of the best in the NBA and the WNBA, expressed their disgust. The Los Angeles Lakers star describes the situation as "devastating" after retweeting Barck Obama. "Shattered," the veteran Seattle Storm player said. As James recalled in another retweet, in states where there are laws against abortion, the percentage of the black population is higher than in other more progressive areas of the country.

In addition to Rapinoe, soccer also protested. Teams from the NWSL, the women's league, and the MLS, the men's, cataloged the abortion decision as an attack on human rights. "Gotham FC vehemently opposes the repeal of 'Roe v. Wade' and believes that reproductive rights are human rights. Not only should abortion be legal, but it should be accessible across the country," the team wrote. the NWSL.

The Supreme Court ruling considers that the United States Constitution "does not grant" the right to abortion in force since 1973 and returns the authority to legislate on this reproductive service to the "people" and their "elected representatives", which will allow each state decide whether to keep it or prohibit it.

Nine of the 50 states in the country have already prohibited the termination of pregnancy the same Friday as soon as the court's decision was known: Alabama, Arkansas, Kentucky, Louisiana, Missouri, Oklahoma, South Dakota, Utah and Wisconsin.