Six months of life remain for Andy Goram, the best goalkeeper in the history of Rangers FC. 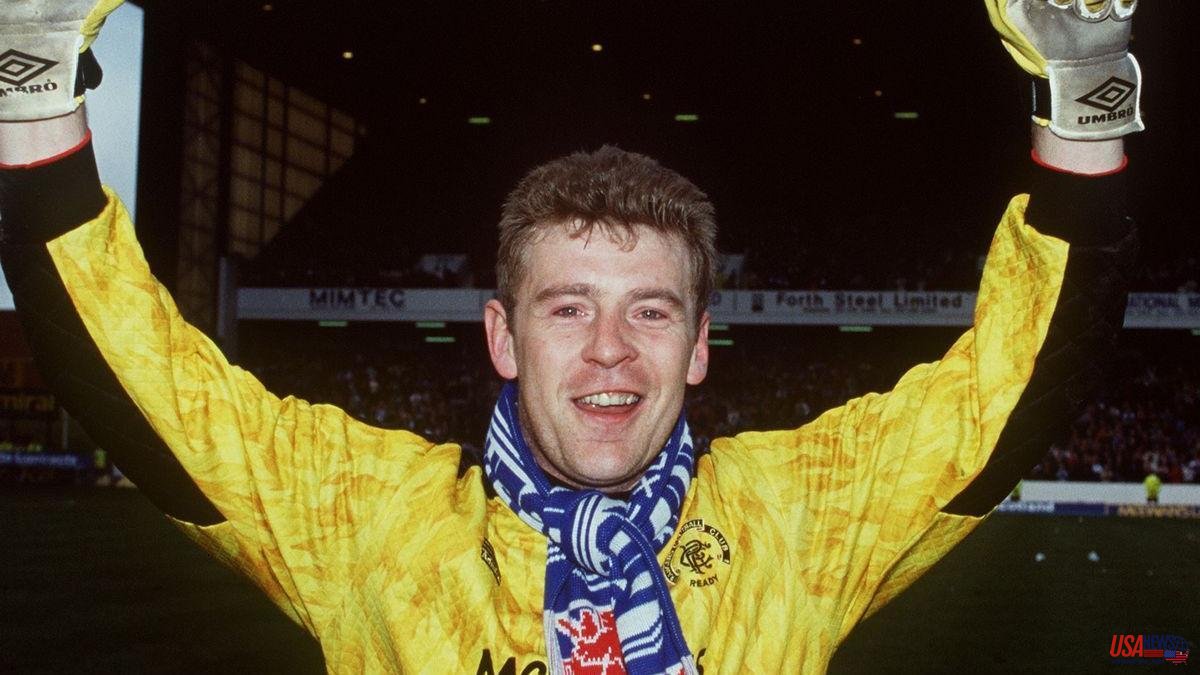 Six months of life remain for Andy Goram, the best goalkeeper in the history of Rangers FC. The 58-year-old goalkeeper, who also wore the Manchester United shirt in the 2000-01 season, announced Monday in an interview with the Daily Record newspaper that he has end-stage esophageal cancer. The Scottish international explained that he has refused to undergo chemotherapy treatment that, according to doctors, could have given him another quarter of life.

“Go through chemotherapy and live in agony for three more months with zero quality of life? No, thanks. Chemotherapy is not an option,” commented the Scotland international, who saw the effects the treatment had on her ex-wife, Miriam, during her battle with cancer last year, which he successfully overcame. “Miriam went through six chemotherapy treatments and three radiotherapy treatments. It was hellish,” he noted.

Goram, nicknamed 'The Goalie' after his time at Rangers, started feeling unwell about seven weeks ago. He was having trouble eating and drinking, which led her to make an appointment with his GP, thinking he was suffering from heartburn. After failing to set a date, he chose to ignore the symptoms until the pain became "unbearable" and he realized that he had lost a significant amount of weight.

It was then, at the end of April, that he went to Monklands Hospital, in Airdrie, in central Scotland. Following a CT scan, he was rushed to Wishaw University Hospital and advised to notify his next of kin. "That's when the alarm bells started going off." There he was found to have grade 4 esophageal cancer that had spread to his liver, right lung, three vertebrae and ribs. “The surgeon explained that the cancer was inoperable. My son, Danny, burst into tears as I tried to assess the situation," Goram told the Daily Record.

After undergoing surgery to place a stent in his esophagus that would allow him to swallow food, the doctor commented that he should try to "enjoy" life and try to lead it "in the most normal way possible." "The pain is now bearable," commented the former goalkeeper, although he acknowledged that he must take a series of painkillers "religiously." Otherwise, he is "in big trouble." “I can still go visit my friends and be myself. I'll be around here as long as I can. The only difference is that the bomb has a countdown, ”he expressed. "I'm going to fight like I've never done," he concluded.

Andy Goram, born in Bury, England, began his sports career in the lower categories of West Bromwich Albion until he joined the ranks of Oldham Athletic, a team with which he played 195 games and with which he debuted in professional football. In 1987, he was transferred to Scottish side Hibernian and, four years later, he landed in Glasgow to play for Rangers.

In the seven seasons he defended the light blue color, he won five league titles and five Cups and became a club legend. In 2001, fans came to vote him the best goalkeeper in Rangers history. After passing through Notts County, Sheffield United and Motherwell, at the age of 37, he arrived at Manchester United on loan, although he only played two games with the Red Devils coached by Sir Alex Ferguson.

Goram was also international for Scotland 43 times —he made his debut under the command of, precisely, Ferguson—, a team for which he came to play the 1992 and 1996 European Championships. He was also called up for the 1986 and 1990 World Cups, although he saw all the matches from the bench.