Raúl de Tomás says goodbye to Espanyol with a harsh message: "I see cowardice and mediocrity"

The case of Raúl de Tomás is one of the strangest in recent football history. 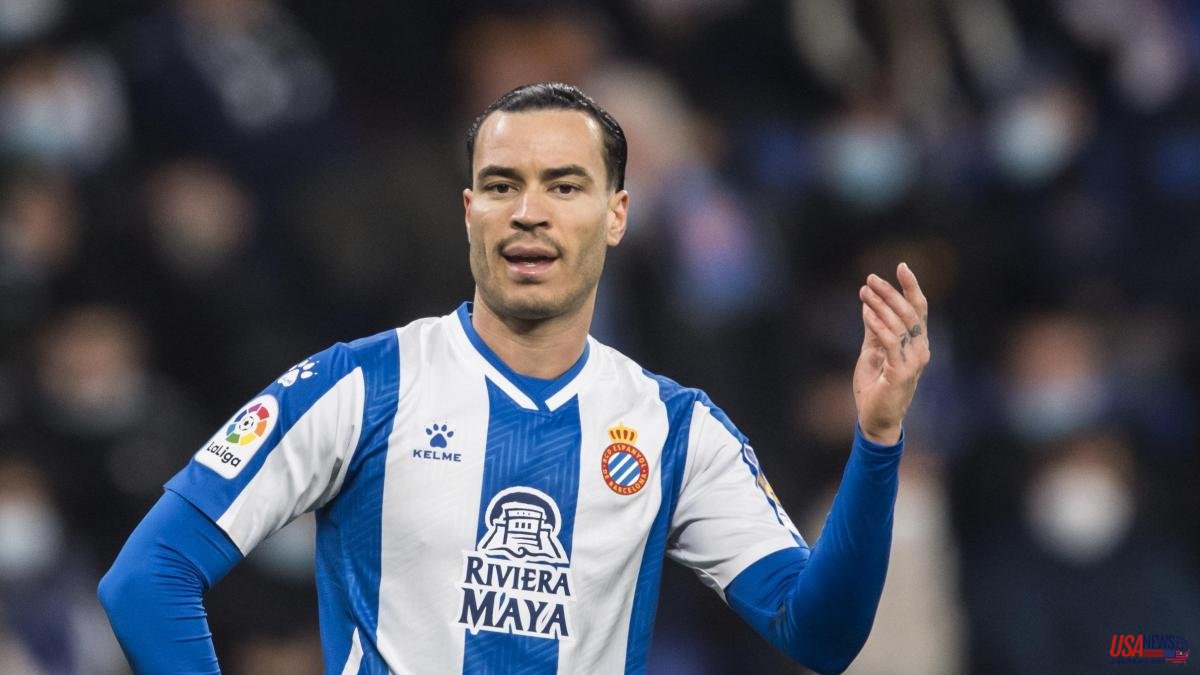 The case of Raúl de Tomás is one of the strangest in recent football history. The top Spanish scorer of the last League, the flagship of an Espanyol that for two and a half seasons lived on his success, has left through the back door of the club. He has done it for a ridiculous amount -8 million euros plus 3 variables- when a priori he was one of the most coveted forwards on the market for which Espanyol could get a slice if they wanted to sell him, something that was not considered in the end from the previous season.

The summer soap opera in Cornellà has ended in the worst possible way. Not only because of the disastrous management by both parties, but also because of the dismissal of a devalued footballer every day that passed without exercising with the group. The crack of RDT through social networks has been monumental. The icing on the cake.

At first, De Tomás tried to cover up his anger with a formal statement, but immediately afterwards he was dispatched at ease after a message published by Espanyol moments after his transfer to Rayo Vallecano was made official, which said: "above everything and everyone" .

"It makes me sad to see the farewell you give to a player who has made history in this club in two and a half years. My numbers and my statistics speak for themselves. But I feel even more sorry for whoever had to post this message to get bigger My expense. We all know that populism always wins; it is the easy attack. But the only thing I see with this message is cowardice, lack of ethics and mediocrity, wanting to hide the mismanagement of the incompetent people who run this great club in the offices "Values ​​and elegance are what characterize me. I will have them to say goodbye to you: I love you fans, I love you Espanyol. Grateful forever," De Tomás wrote in his Instagram story.

That message was published after sharing a farewell letter in which he showed his respect for the fans and the club's workers, as well as his teammates, recalling his "dedication" and performance during this time (45 goals in 89 games) without want to recreate Then the text hardens. He launches a dart at those who he considers have "taken advantage" of his silence "to enhance their personal interests in a mean and cowardly way, using it as a smokescreen to cover up an unfortunate managerial management."

According to De Tomás, both from the offices and from the sports and technical management "they will have to answer for their actions without taking cover behind me". "They should be the ones who explain the reason for the effort to expel me from a team that I considered my own home, launching a disproportionate campaign of personal attacks that I don't want anyone to suffer."

In the second point of the text, he mentions the sports director, Diego Catoira, and the blue and white coach, Diego Martínez, whom he blames for having been "cornered and undervalued", without wanting to question or criticize them publicly. De Tomás hopes that they understand that he has tried to "find a dignified way out" that would allow him to continue playing, "an illusion that I place above financial compensation."

In the third point, the Madrid player directly points to the journalist from the newspaper AS Alberto Martínez, whom he accuses of spreading falsehoods and defamation against him for an article in which supposedly colleagues and scouts analyzed the player's problematic personality. De Tomás threatens to take legal action against the journalist unless he publicly apologizes. "He would be willing to turn the page with a public apology, because the offense has also been public."

Finally, he regrets having to say goodbye to Espanyol in this way. He claims to feel "parakeet to the core" despite such a "traumatic" outcome.