Rafael Nadal remains stubborn in his goal of regaining the throne of clay. 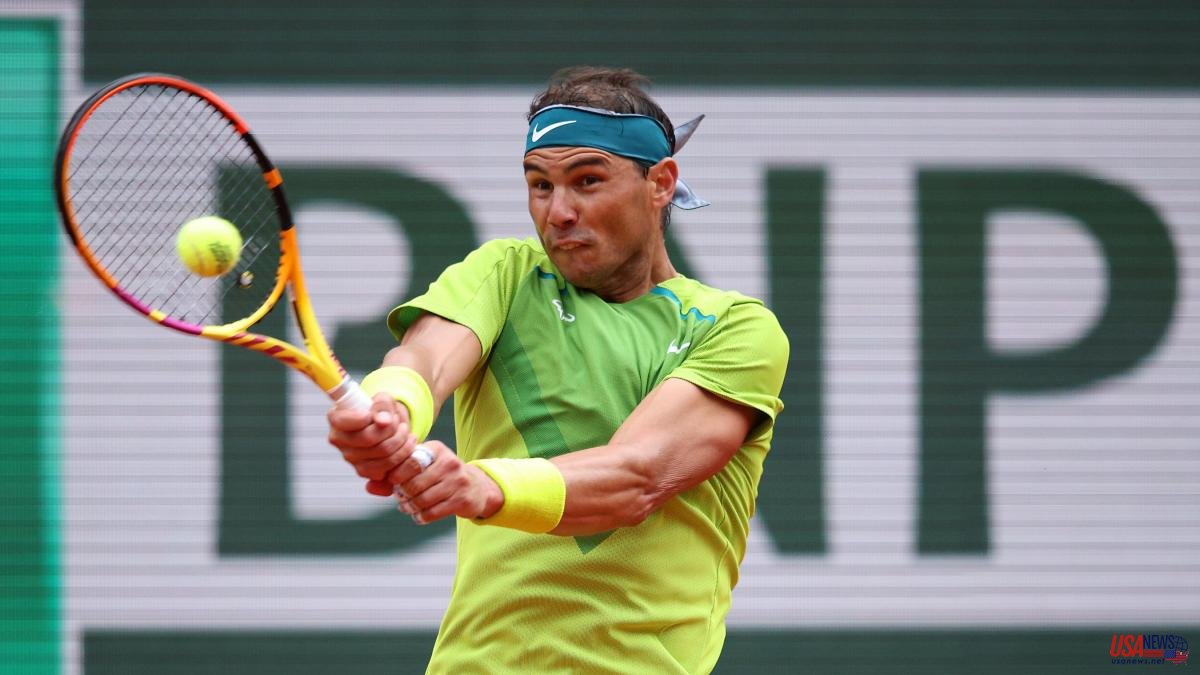 Rafael Nadal remains stubborn in his goal of regaining the throne of clay. The Balearic tennis player will face each other this Wednesday, May 25, with Frenchman Corentin Moutet in a match corresponding to the 32nd final at Roland Garros. Without a grimace of pain on his face, the fifth best racket in the world will find a new obstacle in his path, unknown to him, a 22-year-old looking to carve out a niche for himself in the elite of world tennis.

The match will not start before 8:45 p.m. on the Philippe-Chatrier track at the Roland Garros Stadium in Paris, France, and will be shown on Eurosport. You can also follow minute by minute on the La Vanguardia website.

Rafael Nadal arrived in Rome, the last test before traveling to France, ready to vindicate himself. He is no longer the same as before, he no longer has the explosiveness of yesteryear, but he also wants to be perennial. He is aware that his "old machine" takes time to start up and that time does not pass in vain. “I need some time, but maybe this week can be a positive week. Maybe not. Who knows?” he wondered before making his debut in his second clay court tournament of the year. In the end, they were not a positive few days. He was reunited with the victory against John Isner, but ended the match against Shapovalov limping, unable to show the best version of himself. "I play because it makes me happy, but the pain takes away that happiness," he acknowledged.

Physical problems threatened to hamper his participation in Roland Garros, his favorite tournament that he has won up to 13 times. But once he landed in Paris, he was better than ever. He ran over Jordan Thompson for a 3-pointer 6-2 and seemed to put all of his problems behind him.

For his part, Corentin Moutet, who has five wins and five losses in 2022, was the executioner of veteran Stan Warwinka in the first round of the Paris tournament, not without having to sweat a lot (2-6, 6-3, 7 -6 (2) and 6-3). At 23 years old, the Frenchman touched the first trophy of his career at the beginning of the year, at the ATP 250 in Adelaide 2. After defeating Holger Rune, Roberto Carballés, Jan-Lennard Struff, Marton Fucsovics and Thiago Monteiro, he was defeated in the semifinals at the hands of his compatriot Arthur Rinderknech.

Nadal and Moutet have not met in their respective careers, but for the Frenchman, playing this match will be a dream come true. "When I was little, I slept in his sleeveless shirt," acknowledged the tennis player born in 1999, before assuring: "As I am on the circuit, I can no longer say that he is my idol, but I started playing tennis watching him. I remember his first Grand Slams. He even imitated him when he was little. It is a great pleasure to be able to play against him”.

The winner of the heads-up match between Nadal and Moutet at Roland Garros will face the Dutchman Botic van de Zandschulp or the Italian Fabio Fognini in the round of 32. His match will also be played this Wednesday, in the fourth turn of court number 6.