Rafa Nadal - Paul: Schedule and where to watch the Paris Masters 1000 tennis match on TV

Rafa Nadal will debut this Wednesday in Paris-Bercy, venue of the last Masters 1000 of the ATP course. 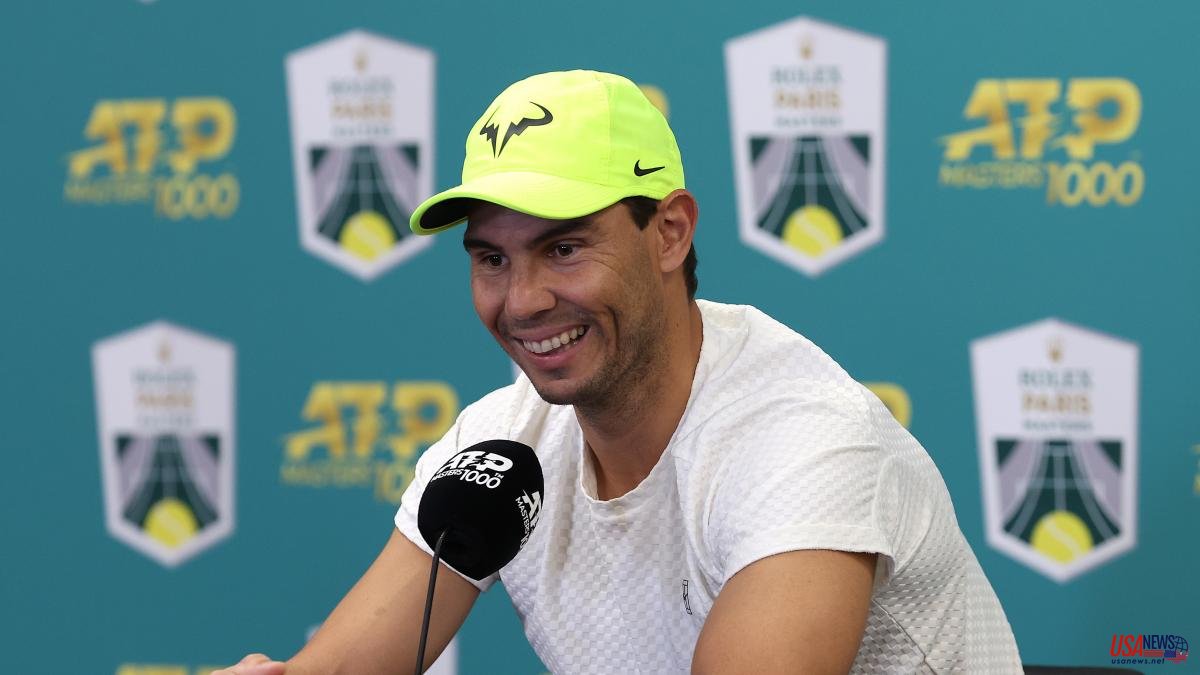 Rafa Nadal will debut this Wednesday in Paris-Bercy, venue of the last Masters 1000 of the ATP course. And he will do it with the possibility of being the new number in world tennis, although it is not easy for him to achieve it. Nadal, who will face Tommy Paul, must win a tournament that is not yet in his record and wait for Carlos Alcaraz to fall at the first change in the French capital.

The match between Rafa Nadal and Tommy Paul, corresponding to the second round of the Masters 1000 in Paris, will begin this Wednesday, November 2, 2022 at 7:30 p.m. on the central court of Paris-Bercy and can be seen on television on Movistar and also follow live and online through the La Vanguardia website.

To face Nadal, the American Tommy Paul, 31 in the world, beat the Spanish Roberto Bautista (20) by a double 6-4 on Tuesday and frustrated the Spanish duel in the second round. Nadal and Paul have met only once on the circuit, this year in the Acapulco tournament, where the Spaniard won 6-0, 7-6 (5).

For his part, Rafa Nadal, number 2 in the world, assured that he has not fought for a long time to be number 1, a position that could be taken from his compatriot Carlos Alcaraz until the end of the year, and said that video calls help him reduce the 'homesickness' of his son, born on October 8.

On the eve of his return to competition at the Paris-Bercy Masters 1000, the man from Manacor said that his goal is to go "day by day" to remain "competitive" in a year 2022 that "has been very good in some moments" (crown at the Australian Open and Roland Garros) and at others "very complicated" (physical problems at Wimbledon and US Open).

"Let one thing be clear, I no longer fight to be number 1, I just fight to be competitive in all the events I play, I've been fighting to be for a long time and I've already achieved it," said Nadal, the tennis player with the most Grand Slams (22 ).

"Paris obviously brings me excellent memories (Roland Garros), although it is true that this tournament (in Bercy) has not given many positive things," he assumed, referring to his frequent absences and withdrawals.

A new father for three weeks, he acknowledged that video calls help him cushion the pain of being with him. "It's positive to have video calls, because I can see the little one as many times as he wants, something that other generations couldn't do, it becomes less hard," he explained.

For Nadal, the fact of being a father is "a very different change" from the rest, so it takes "time to adapt", even if it is "a positive change".