R. Osman: "Society should take more care of its elderly and claim them as heroes"

When Richard Osman began to write The Thursday Crime Club, he was clear that his protagonists would be elderly since "unfortunately they are an invisible group and he wanted to reclaim all his power," he admits to La Vanguardia. 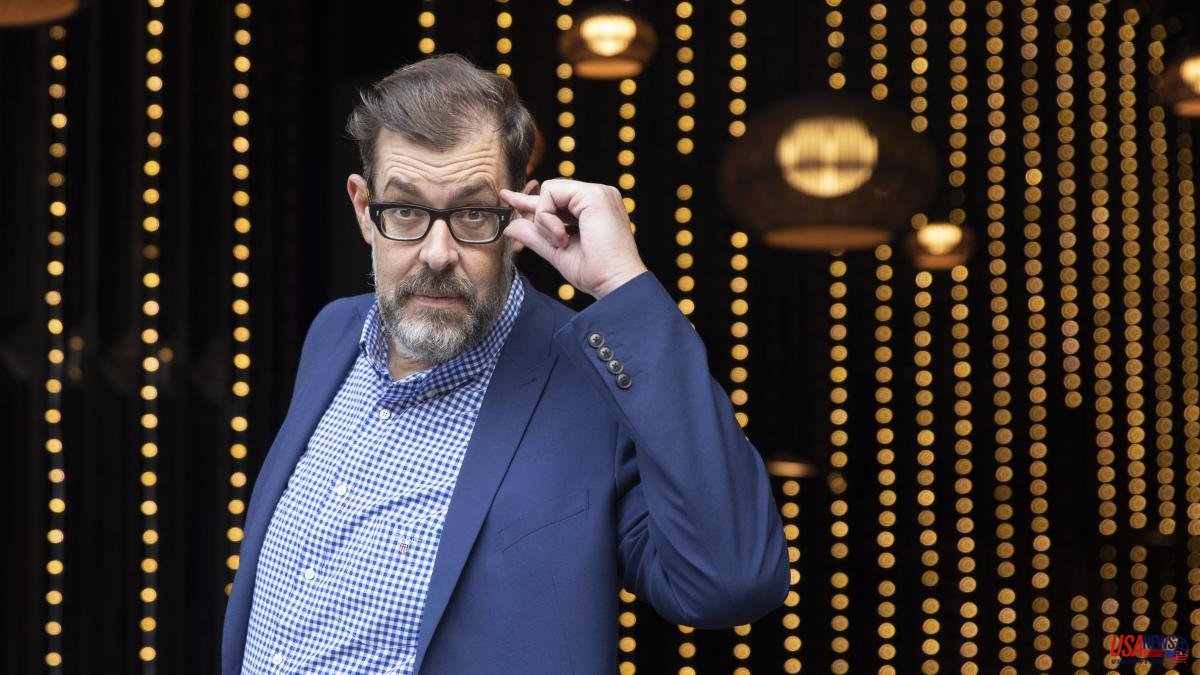 When Richard Osman began to write The Thursday Crime Club, he was clear that his protagonists would be elderly since "unfortunately they are an invisible group and he wanted to reclaim all his power," he admits to La Vanguardia. And so he did. Because, as the author reflects, "Who better than someone with a lot of experience and wisdom to solve a crime?" The formula worked for him. All you have to do is look at the data. In a very short time, the book became the third best-selling book in the UK of all time and Steven Spielberg bought the rights to bring the story to the big screen. In view of such a claim, Osman continued with the saga and now The Mystery of the Lost Bullet (Espasa) arrives in bookstores.

For this third installment, the British once again have Elizabeth, Joyce, Ibrahim and Ron, who "will have more problems to solve than ever before", as Osman anticipates. The effective quartet will try to find the culprit of two murders. As if this were not enough, a new enemy will put Elizabeth between a rock and a hard place by entrusting her with a deadly mission: kill or be killed.

"I had fun and really enjoyed writing this book," admits the author, who already warns that "I have ideas for several more installments." A news that the more than five million readers who follow him closely, without a doubt, appreciate. The secret of such success? “I think people have fallen in love with these leads. We all love the idea of ​​our elders being heroes and heroines, because they really are. For this reason, I would like us all to claim that and stop as a society from separating them.

In this sense, he adds, “we see older people as different just because they carry a cane or have gray hair and people forget that they are human beings, with their hopes, their loves, their dreams and their losses. More attention should be paid to the human being itself than to the body that inhabits it”.

It is not the only claim that Osman has made during his promotional tour. The also presenter and producer has denounced all signs of being a victim of 'body shaming' throughout his life due to his height and has wanted to dot the i's to all those who dedicate themselves to speaking ill of others. "There will always be people in this world who will remind you that you are different, whether it is because of your race, your gender, your weight... people should learn not to get involved in other people's lives and to value diversity." Values ​​that he, precisely, he claims in his novel and that have led him to be one of the most popular authors of great book fairs, such as the one in Frankfurt.

“I have written a very British saga. When I started it back in the day, my greatest wish was that people in the UK would enjoy it. Thinking about that made me happy. And the fact that I now see that in Spain and in other countries of the world, with cultures very different from mine, there are readers who enjoy this ridiculous but endearing English story, is for me the greatest of honours”.

He does not believe that his success is due to the fact that the cozy crime genre — also known as friendly crimes due to the lack of violent and bloody scenes — is booming. “A good mystery story has always caught the attention of the public. Before the pandemic, people were already reading Agatha Christie, her greatest exponent.” Of course, he acknowledges, “the fact that readers ask me for more books, in addition to making me emotional, means that every time I find myself on a stage in the English countryside or talk to a policeman, I imagine that at any moment something could happen. murder. I am always on the lookout for any possible future story that may come along and inspire me,” she concludes.