It seemed that, even before Johnson's fall, relations between London and Paris were not so tense. 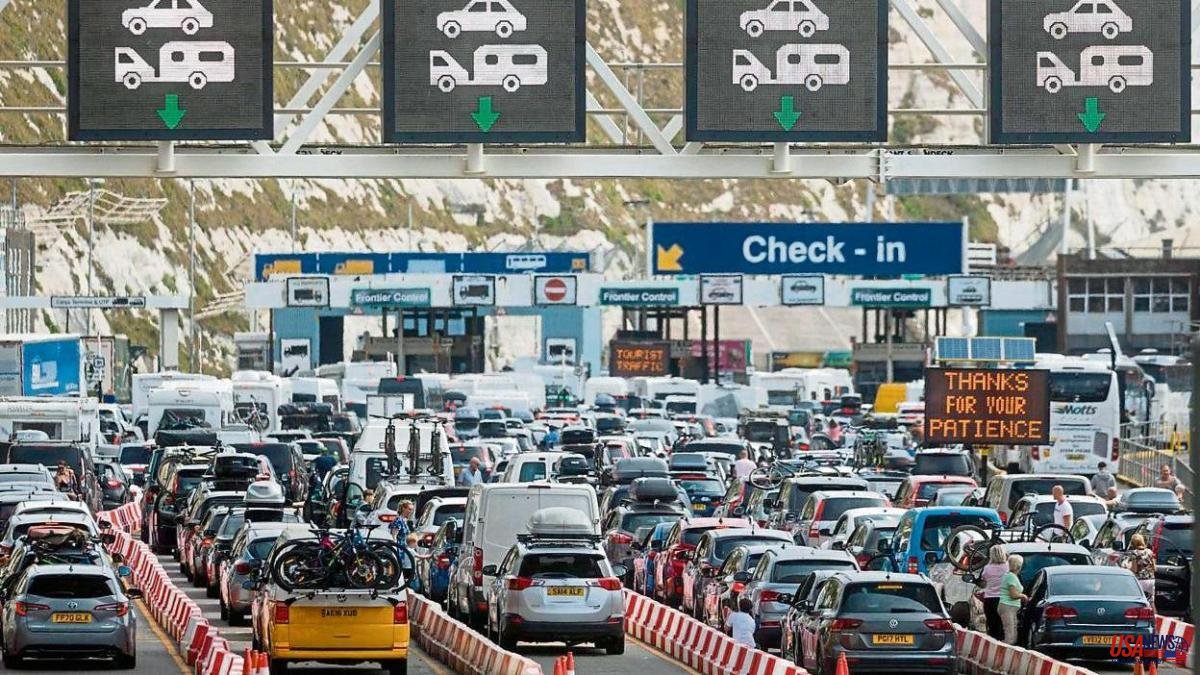 It seemed that, even before Johnson's fall, relations between London and Paris were not so tense. But it has been a mirage. The diplomatic ground is so dry that a spark has been enough for the forest to burn again, and with more fury. The butt has been the queues of up to ten hours in Dover to cross the English Channel by ferry or Eurotunnel, coinciding with the mass exodus of Britons to the continent with the beginning of the long-awaited school holidays.

Both Downing Street and the Foreign Office (fiefdom of Liz Truss, possible new prime minister in September) are very suspicious of French President Emmanuel Macron, whom they blame for the border collapse. "He is hell-bent on making us pay for Brexit, and he doesn't miss an opportunity," say official sources from the Johnson Administration. To which the French respond that the English have brought it on themselves by deciding to leave the European Union and turn the United Kingdom into a "third country" for the community bureaucracy.

Despite the fact that Brexit is the inevitable background of the matter, several specific factors have determined the monumental queues that have been registered in Dover for three days and the access routes to its port, and that makes the crossing of the Channel, with very long lines of cars and trucks waiting their turn to present the documents, it looks like a border crossing between South Africa and Zimbabwe or Namibia. Thousands of families have had to sleep in their vehicle and lost a day of vacation.

One factor, perhaps the most important, is that due to a series of logistical problems, several French agents have not been able to travel to Dover (where they carry out their controls under a bilateral agreement, just as the British do theirs in Calais), and consequently only four of the twelve lanes have been operational. Another is the deficiency of the facilities in the port of Kent due to lack of investment to expand them (its managers asked London for 40 million pounds, and received only 40,000 sterling). A series of accidents that have caused traffic jams have also contributed. And finally, the wave of travelers at the end of July, when schools give children holidays in Great Britain.

But neither side has missed an opportunity to politicize the issue. Paris, to say that traffic would be much more fluid if the United Kingdom were a member of the EU, and what is going to be done about it, that its agents are already working as diligently as possible (they let through, on average, one car every minute). Even before Brexit, Great Britain was not part of the Schengen zone and the passports of its citizens were checked at the border. The biggest difference is the controls to the trucks, which do contribute to queuing, but only slightly.

And on the side that corresponds to London, the two candidates to succeed Johnson, Liz Truss and Rishi Sunak, have wasted no time in "demanding" Paris to take action and solve the problem, sending Dover all the border police and customs agents that are necessary to alleviate the collapse. At the same time that they took the opportunity to blame France for the considerable flow of emigrants who cross the Canal in small boats taking advantage of the good weather, and to endorse the policy of sending asylum seekers to Rwanda (the Minister of Foreign Affairs, known for her ideas pilgrims, contemplates similar agreements with countries "such as Spain and Turkey", according to what a Tory MP told The Times, while the former finance minister proposes putting them on ships, just as Australia did).

London accuses Macron of not supporting Ukraine fervently enough, and trying to show that Brexit is a failure. While the Elysee and the European chancelleries accuse British diplomacy of violating an international treaty. To all this, the English Tory press asks for a quid pro quo, and that the processing of the entry of European citizens into the United Kingdom be delayed, so that they suffer the same as the British when it comes to accessing France. The fire progresses despite Johnson's "hasta la vista, baby" (that's how he literally said goodbye), and the firefighters have a task.