The end this Saturday of the general fuel subsidy is bringing more drivers than usual to the gas stations on a day like this, December 31. 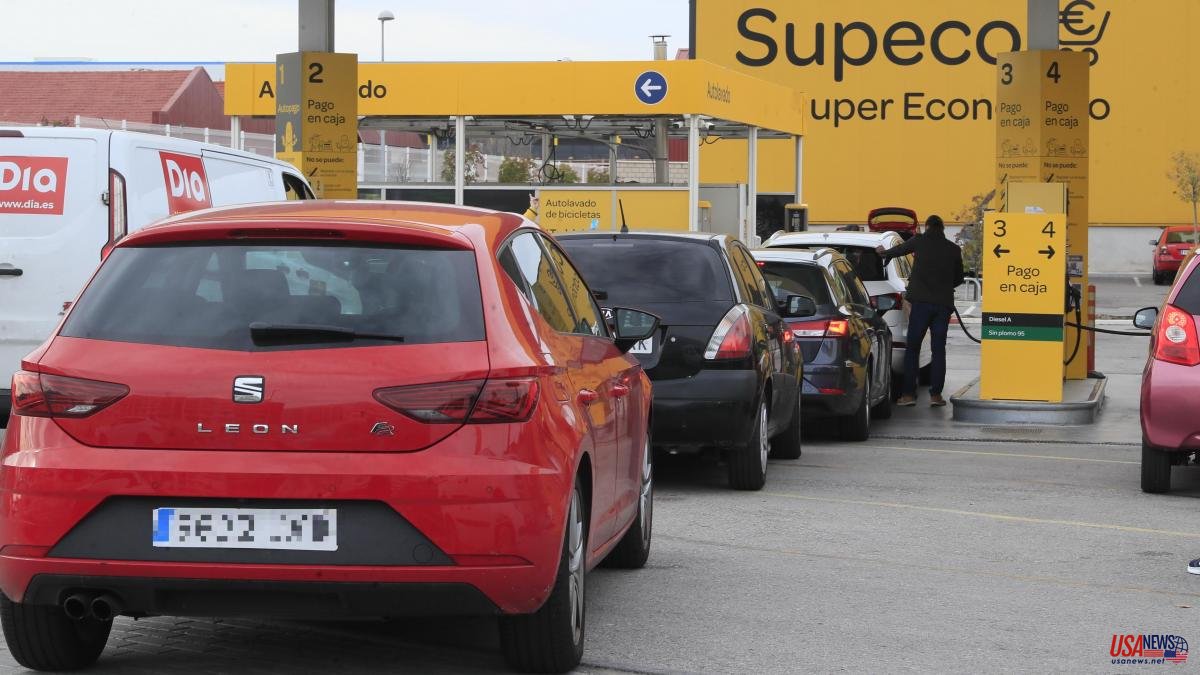 The end this Saturday of the general fuel subsidy is bringing more drivers than usual to the gas stations on a day like this, December 31. There are still queues, although fewer since customers have been more farsighted and in recent days most have already refueled.

The Government announced last Tuesday that the discount of 20 cents per liter of fuel, in force since last April, would end on December 31, a reduction from which only certain sectors of activity will benefit.

The employee of a BP service station in the Poblenou neighborhood (Valencia), Miguel Ángel, explained that yesterday, Friday, there were more queues and this Saturday the influx of drivers is intermittent, although customers are expected to arrive for the next few hours to take advantage of the discount still in force. "Just yesterday a vat came to load all the deposits because a lot of people are expected to come. Quite a few customers have come first thing in the morning but it has calmed down. Yesterday there was a more constant presence of drivers and queues were seen," he assured .

Repsol, owner of more than a quarter of the gas stations in all of Spain, has assured that it has experienced a rebound in activity this week, with queues in certain places. And also Cepsa and BP, the other two large chains, take it for granted that there will be no shortage of fuel despite the increase in demand in this final stretch of the year.

The Government will maintain the discount of 20 cents on gasoline and diesel for road transporters until March, from which date it will be reduced to 10 cents in the second quarter.

In Catalonia, PIMEC requests that the extension of the professional diesel bonus be extended to the self-employed and to small and medium-sized companies that use the vehicle "intensively" in their business. The employers have sent a letter to the Minister of Economic Affairs and Digital Transformation, Nadia Calviño, in which she demands that the aid not be limited only to the road and passenger transport sector. In addition, it asks that the savings that the elimination of the general bonus of 20 cents per liter of gasoline will mean, which is estimated to be 4,250 million euros, be used to guarantee "the maintenance of economic activity and to reinforce the measures to SMEs and the self-employed" to promote "energy sustainability and the modernization of vehicles".

For his part, the president of the Catalan Association of Service Station Associations (Agrucaes), Albert Campabadal, regretted that the Spanish government has decided to eliminate the general bonus of twenty cents per liter of fuel. "Withdrawing this aid doesn't make sense," he said. In this sense, he recalled that fuel is still above the prices it set a year ago and proposed to lower VAT, just as the executive did with basic foods. Likewise, he has confirmed that since it was announced that the discount will be withdrawn, the gas stations have verified "more people" who take the opportunity to fill the deposit and calculate that in the next few days sales will double compared to a "normal" period.