The Football Federation of Iran has complained to FIFA about statements by German Jurgen Klinsmann that it considers harmful to football in his country and demands that he apologize and resign as a member of the World Organization's Technical Study Group in Qatar 2022. 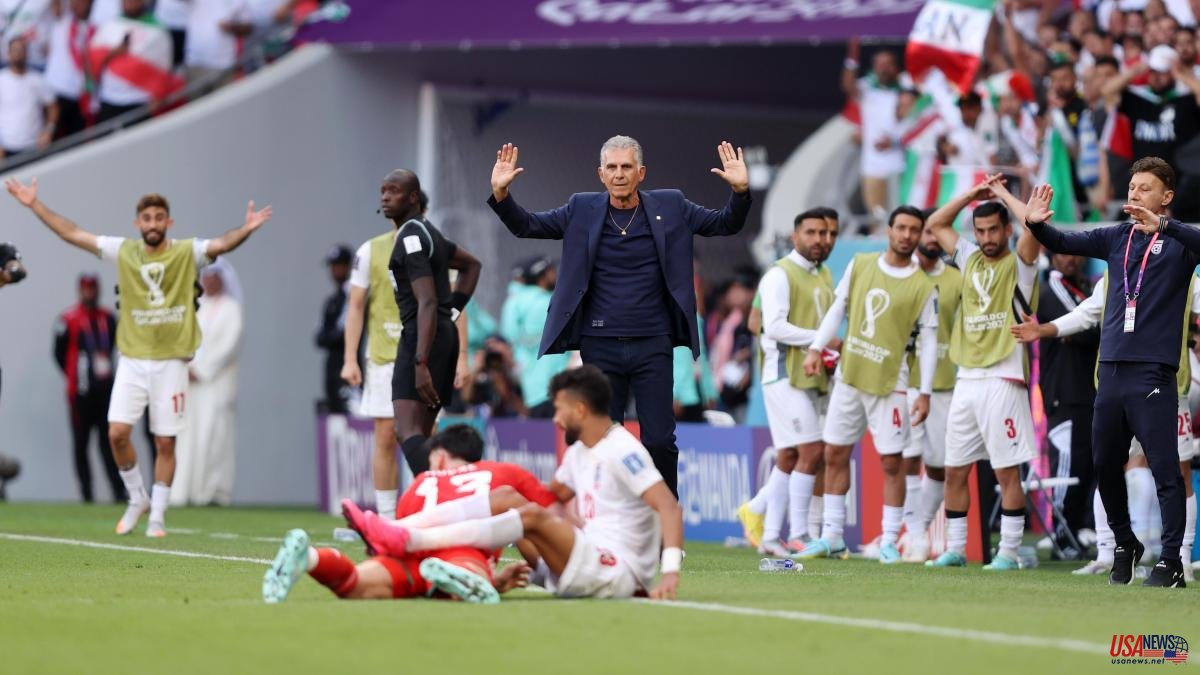 The Football Federation of Iran has complained to FIFA about statements by German Jurgen Klinsmann that it considers harmful to football in his country and demands that he apologize and resign as a member of the World Organization's Technical Study Group in Qatar 2022.

The association of the Asian country explains that it has officially addressed FIFA because it understands that, apart from "several unfortunate considerations regarding the Iranian national team and its staff", the former player and former German coach "issued judgments about Iranian culture". .

This has asked FIFA for "immediate clarification on this matter, demanding Mr. Klinsmann's apologies and his resignation as a member of FIFA's Technical Study Group."

Specifically, the words of the German were the following: "This is not by coincidence, this is all on purpose. This is just part of their culture, this is how they play it and work with the referee... constantly glued to their ears, They are constantly in your face on the pitch. This is their culture and they make you lose focus and concentration."

Also in the statement issued, "the Iranian national team invites Mr. Klinsmann to visit the Melli team concentration in Doha, to learn about the thousand-year-old Persian culture and the values ​​of football and sport."

The Iranian Federation points out that despite being German, Klinsmann "will not be judged for the most shameful episode in the history of the World Cups, the 'Disgrace of Gijón' in 1982, when Federal Germany and Austria fixed a result."

"As a former player, he will not be judged by his famous 'swimming pools'. And surely, as a soccer professional, he will not be judged by other political or historical issues related to his country. On this visit, it will be suggested to Mr. Klinsmann that he review the 99 minutes of the last Iran-Wales, despite the fact that the match was already broadcast worldwide, and for many recognized as one of the fairest and most beautiful in the history of the World Cups," adds the Iranian Federation.

Iran's own coach, the Portuguese Carlos Queiroz, published on his official social media account a thread of messages addressed to Klinsmann, whom he reproached for questioning his character without knowing him personally "with a typical prejudiced judgment of superiority."

Klinsman said that Queiroz's record with other national teams made him the perfect match for Iran. "That's his culture and that's the way he works and that's why Queiroz fits very well with the Iranian team," said the former United States coach.

"No matter how much I can respect what you did on the field (Queiroz replies), those comments about the culture of Iran, the Iranian team and my players are a shame for football. Nobody can hurt our integrity if they are not at our side level, of course", indicated the Portuguese coach, who also specified that they would like to invite Klinsmann to the Iranian concentration, "to socialize with the Iranian players and learn from them about the country, the people of Iran, the poets and the art , algebra, all the ancient art, the Persian culture, and also hearing from our players how much they love and respect football."

"As an American/German, we understand your lack of support. No problem. And despite your outrageous comments on the BBC that try to undermine our efforts, sacrifices and skills, we promise that we will not pass any judgment on your culture, roots and background. and that you will always be welcome in our family," he said.

Queiroz added that they want to "follow closely what will be FIFA's decision regarding their position as a member of the Qatar 2022 Technical Study Group." "Because obviously we expect you to quit before visiting our camp," he adds.