If Boris Johnson said from an early age that he wanted to be “the king of the world”, Mary Elizabeth Truss never dreamed of being queen, or president (she was a Republican when she was young) or prime minister. 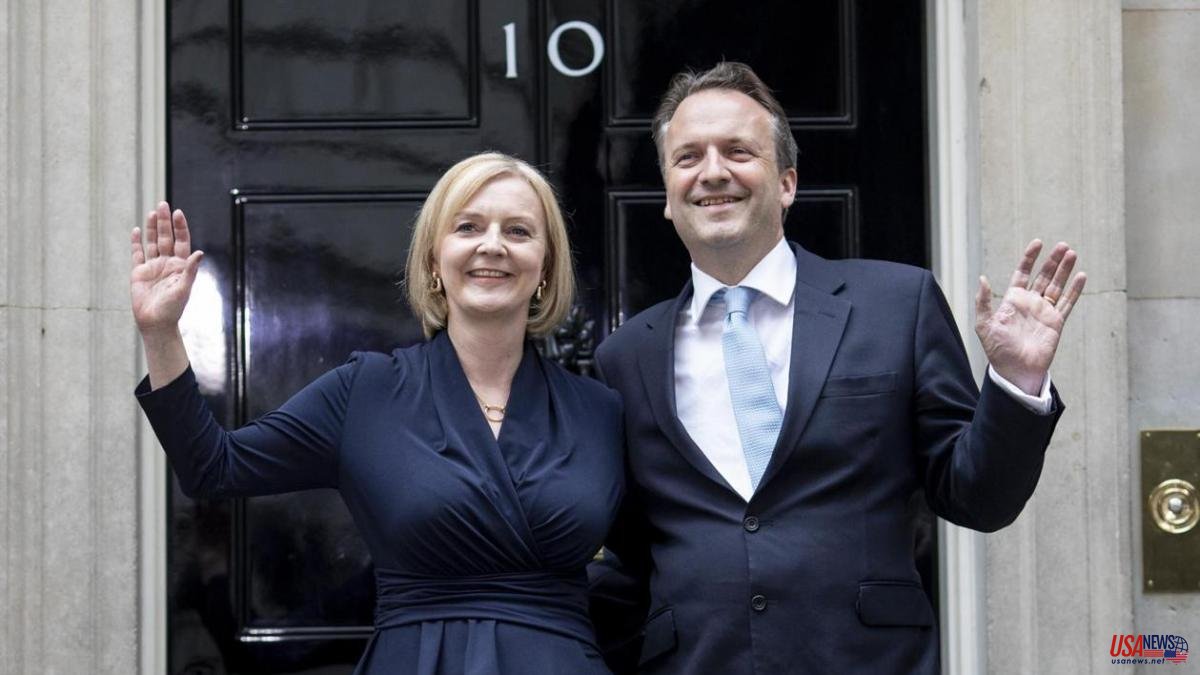 If Boris Johnson said from an early age that he wanted to be “the king of the world”, Mary Elizabeth Truss never dreamed of being queen, or president (she was a Republican when she was young) or prime minister. And if she did, she was strictly private. But that's not to say that she lacked ambition and self-confidence. She always had them, and to spare.

But here is Queen Liz at 10 Downing Street, with her husband Hugh and their two teenage daughters (ages sixteen and thirteen), who manage her social media presence and have contributed to her being dubbed the Queen of Instagram, because she does not miss an opportunity to appear wrapped in the Union Jack, either when she travels to Australia to negotiate a trade agreement or when she goes to Brussels to threaten the EU with breaching the Brexit agreements.

Number 56 in the list of British prime ministers, 15 in the list of those who have sworn in to Queen Elizabeth, and 4 in the list of leaders of the country and the Conservative Party since 2016 (the date of the Brexit referendum), Truss did not going to enjoy a honeymoon in Bali, and not even in Benidorm. With the country in one of those economic and political crises that only come in a generation, none of his predecessors since Winston Churchill in 1940 had been given the baton in such troubling circumstances.

The great advantage of the “new Thatcher” (a comparison that she favors, albeit in a more mythological than real version) is that expectations are so low that, as soon as she does something right, her shares will skyrocket. A shrewd shareholder would invest in it, like one of those horses that don't seem to have a chance of winning the Grand National, the Kentucky Derby, or the Prix de l'Arc de Triomphe. The drawbacks he faces are obvious: the economic crisis and the cost of living, the divisions in his party (with Johnson plotting a way to return), the lack of support in the conservative parliamentary group (there are those who already wanted to present a motion of censure even before he was sworn in), the war in Ukraine, electricity and gas prices... In theory he has two and a half years, until the next elections, to persuade voters to give him an opportunity. She's actually only a couple of weeks old. The first impression she makes will be recorded, for better or worse. And who knows her?

With her textbook neoliberalism (more heir to Reagan than to Thatcher, the theory that taxes must be lowered for the rich so that the poor eat the crumbs that fall from their table), Liz Truss seems tied to an ideological inflexibility based on on the commandments of individual responsibility, small state, lowest possible tax burden, and freedom. But freedom is a concept that can be as ambiguous as democracy. “If there is to be a class war,” said the Welsh philosopher and author Maurice Cowling, “it must be managed with skill and subtlety. What we conservatives want is not more freedom, but the kind of freedom that maintains the inequalities of the present or restores those of the past.”

Just as Johnson intended his legacy to be to equate the poor north with the rich south of the country and seduce the working classes with arguments of culture war, but never got down to work, Truss sees the redistribution of wealth as a overvalued objective, and the important thing is to promote growth. That giving subsidies and “charity” is counterproductive. She sounds dogmatic, but at the same time she is a chameleon, and she has not hesitated to change her jacket. She went from the Liberal Democrats to the Tories, from denouncing Brexit to supporting it with the faith of converts, and from being a Republican to a monarchist. Even her approach to marriage was flexible. Six years after her wedding, he had an affair for a year and a half with another deputy, which almost cost him her career. She but she is still married, and now she has moved her family to Downing Street.

Queen Liz is the daughter of Labor parents who, as a child, took her to demonstrations against the presence of nuclear missiles in British territory, and she shouted along with them Maggie, Maggie, Maggie, out, out, out. But from asking with childish innocence for Thatcher to leave her, over time she has tried to imitate her ideas and even the way she dresses. She's not talking, because she's a poor speaker and quite clumsy. She compensates for her lack of charisma with ambition and a lot of work, studying the issues thoroughly and being the last one to turn off the light. She is hyperactive. She demands original ideas (and drives crazy) those around her, even if they seem bizarre. She listens, but when she makes a decision, there is no one to move her.

She has been described as a human grenade, a Rottweiler of politics, an unsentimental strategist who plays the counter and sees the world in black and white. Will it be what the nation needs?