The acts to bid farewell to Queen Elizabeth II, who died last Thursday at Balmoral Castle, continue in the United Kingdom. 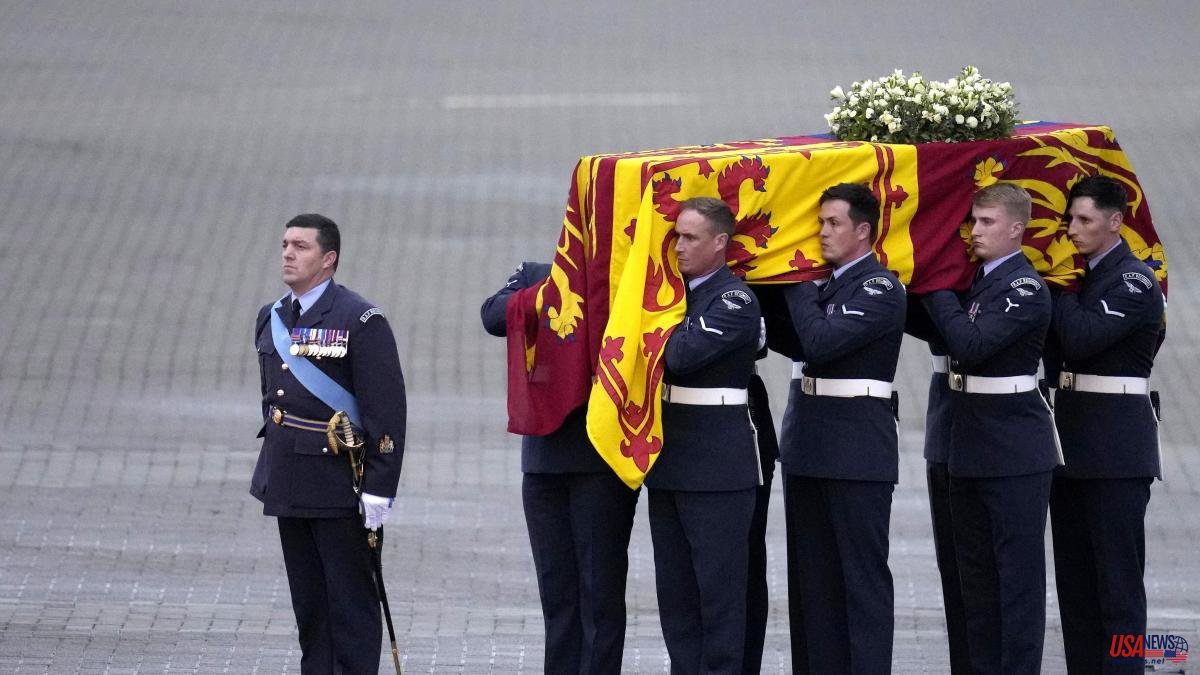 The acts to bid farewell to Queen Elizabeth II, who died last Thursday at Balmoral Castle, continue in the United Kingdom. After a very emotional Monday, in which thousands of people said goodbye to the British monarch through the streets of Edinburgh, the mortal remains of Elizabeth II have returned home.

After a massive funeral procession yesterday, the coffin of Elizabeth II has remained for 24 hours in the cathedral of Saint Giles in Edinburgh, where first a very heartfelt mass was celebrated and later the burning chapel was enabled. Already this afternoon, the coffin has traveled by plane to the RAF Northolt base, located on the outskirts of London.

Once on London soil, Isabell II's coffin is being transferred to Buckingham Palace, where he will spend the night. Already tomorrow, she will be transported to the Palace of Westminster.