Former Italian minister Luigi Di Maio, once the wunderkind of the then anti-establishment 5 Star Movement (M5E), could soon start his European career. 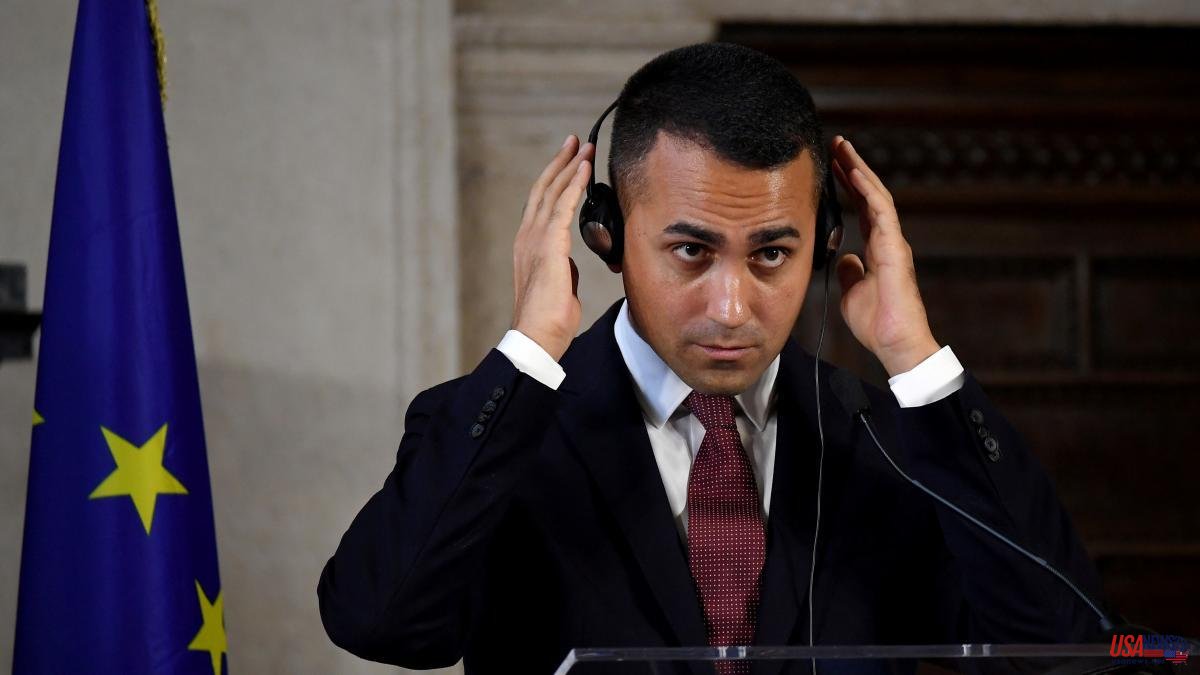 Former Italian minister Luigi Di Maio, once the wunderkind of the then anti-establishment 5 Star Movement (M5E), could soon start his European career. According to the press in his country, he turns out to be the favorite candidate to become the first special envoy of the EU for the countries of the Persian Gulf. All thanks to the Qatargate scandal, which reduces the options of his main rival for the position: former European commissioner Dimitris Avramopoulos, peppered by the Qatari and Moroccan bribery plot in the European Parliament. The Greek, who in the last legislature was responsible for Migration and the Interior, was on the Honorary Council of the NGO Fight Impunity, founded by the alleged mastermind of the plot, the former Italian MEP Antonio Panzeri, and according to what La Stampa has published, by This also received 60,000 euros as compensation between February 2021 and February 2022, a salary authorized by the European Commission.

This information is a gift for Di Maio, who aspires to occupy this new position created by the High Representative of the EU for Foreign Policy, Josep Borrell, in order to strengthen ties with this key region for energy supply, more important than never. This is a role for which Di Maio would have already shown interest in the spring of last year, and which, according to Corriere della Sera, would have been endorsed by the former prime minister and former president of the European Central Bank, Mario Draghi. The banker would not have promoted him for the position -they are not a government appointment- but Borrell would have been given good references when he was interested in his candidacy. Apparently, the ex-grillino has been studying for months to prepare his candidacy with Italian diplomatic experts. As a former Italian energy director told Le Monde, "he does not have the basics to understand energy dossiers, but he is considered someone who studies and applies himself", qualities that foreign diplomats who treated him during his time have always highlighted about him. as foreign minister.

Di Maio's political journey is one of the most meteoric on record in Italy. He was one of the first to sign up for the newly created M5E, a formation born in 2009 amid anger over the disenchanted of the political class and in the heat of the financial crisis. He had not finished his university studies, and, in his first jobs, he did everything, even as a stewardess at the Naples stadium. But in 2013, when he was only 26 years old, he became the youngest vice-president of the Italian Chamber of Deputies, and, in 2018, at the age of 31, he guided the M5E to win the Italian general elections, beginning a path towards institutionalization. of the formation that led him to play the roles of deputy prime minister, minister of Labor and Economic Development and, in the last two governments –also with Draghi–, foreign minister.

After losing support in the polls and catastrophic results in regional elections, in 2020 Di Maio left the leadership of the M5E, eventually being replaced by former Prime Minister Giuseppe Conte. This year, it was his loyalty to Draghi that led him to break the card of the former anti-systems, who were opposed to continuing to send weapons to Ukraine. Later he formed his own formation, Civic Engagement, which sided with the Democratic Party in the September elections, but it performed dismally and Di Maio never even entered Parliament.

Everyone then wondered what would become of the young leader. Now everything depends on Borrell, who has the last word. Other candidates include Ján Kubis, a former Slovak foreign minister who has served in various posts as UN envoy to the Middle East and North Africa, and another Cypriot former minister and former European commissioner, Markos Kyprianou. Avramopoulos, for his part, has accused some Italian circles of trying to distort his "completely legal participation" in Fight Impunity in order to "weaken" his candidacy and relaunch Di Maio's.

According to Corriere, the main obstacle for the Italian is that his candidacy does not please his successor at the head of the Foreign Ministry, Antonio Tajani, of the right. But some previous episodes do not favor him either. In 2021, he sparked tensions as foreign minister when Italy blocked arms exports to Saudi Arabia and the United Arab Emirates (UAE) for their use in Yemen, claiming it was a message of peace. As a result, months later the UAE ordered Italy to withdraw its forces from an airbase in Dubai, depriving Rome of a base it used to fly to Iran, Afghanistan and the Horn of Africa. In Europe, he was also frowned upon when he provoked the biggest diplomatic crisis with France in decades by meeting with members of the yellow vests, leading Paris to call his ambassador to the transalpine country for consultations.