Putin threatens the United States with a hypersonic cruise missile

Russia celebrated the day of the Navy yesterday. 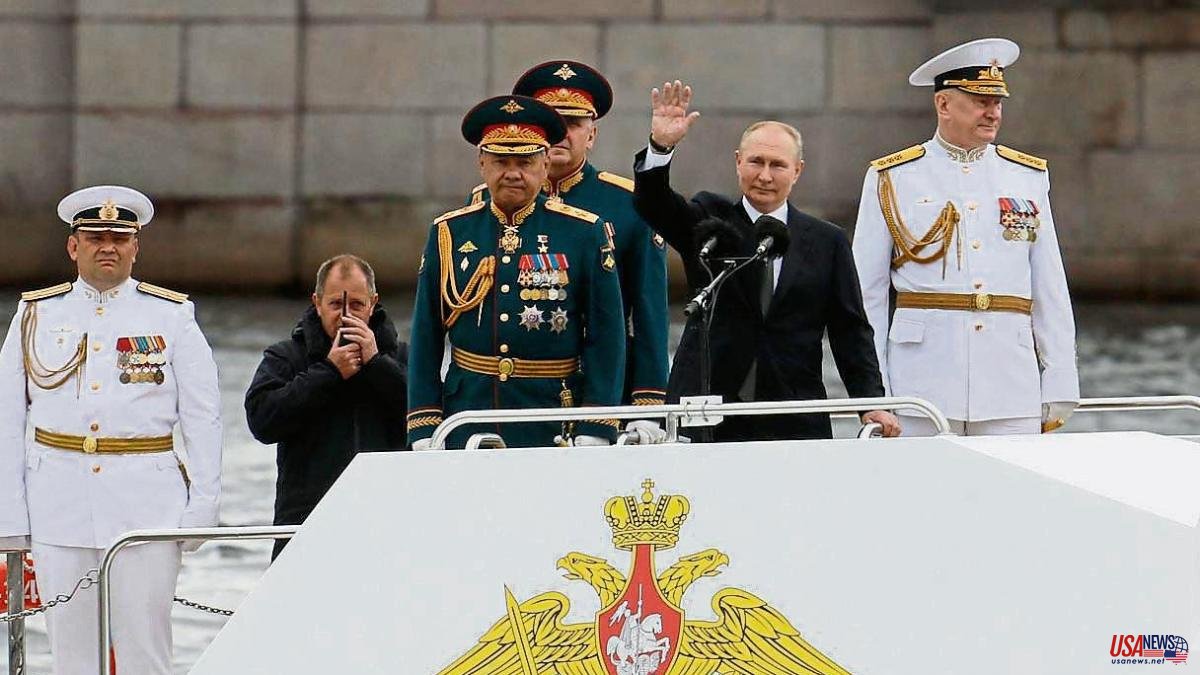 Russia celebrated the day of the Navy yesterday. It was a bittersweet day for the interests of the Kremlin. President Vladimir Putin announced in St. Petersburg that "in the coming months" the Zircon hypersonic cruise missile, capable of flying five times faster than sound, will enter service. It appears to have been successfully tested, but its effectiveness cannot be independently verified.

Putin mentioned the Zircon during the presentation of the new Russian naval doctrine, a strategic document that places the United States as its main adversary. He also points out the urgency of guaranteeing the maritime connection with the Baltic enclave of Kaliningrad after Lithuania has threatened to cut the railway line that links it with Russia through its territory.

Putin announced a permanent presence of the Russian fleet in the Mediterranean – surely in the Syrian base of Tartus – as well as greater control of international ships on the Arctic route.

While the Russian admirals commemorated the day of the Navy in Sevastopol, base of the fleet in the Black Sea, the Ukrainian insurgency blew up a homemade drone in the courtyard of the building where the day was celebrated. Six people were injured.

Despite this setback, the Russian fire force was again far superior to the Ukrainian. Russian missiles and rockets caused one death in Suni and three in Donetsk. The city of Mikolaiv experienced one of the worst days of the war. The projectiles gave no respite. They reached a school, a sports hall and several blocks of flats.

One destroyed the residential wing of the mansion of Oleksiy Vadaturski, owner of Nibulon, one of the country's leading agribusinesses. The attack was premeditated and very precise. He hit when Vadaturski and his wife Raisa were in his room. They both died. It seems obvious that Russia also has a fifth column in the Ukraine.

Vadaturski has died more than a week after Russia and Ukraine signed an agreement to export grain. There are ten Ukrainian ships loaded and ready to sail, but the conditions have not yet been met. Turkey, which mediated in the pact, affirms that today Monday they will be able to cut ties. The approach to the Ukrainian ports is mined and the owners of the ships will have to rely on local pilots to avoid the explosives.

The Red Cross, on the other hand, still does not have access to the Olenivka (Donetks) prison, where at least 53 Ukrainian prisoners of war died on Thursday night. The evidence seems to corroborate that a Russian vacuum bomb destroyed the ship in which they were staying. The Kremlin has announced that it will give access to the UN and the Red Cross, but without specifying a date or conditions.