Putin thanks Xi for his "balanced position" on Ukraine 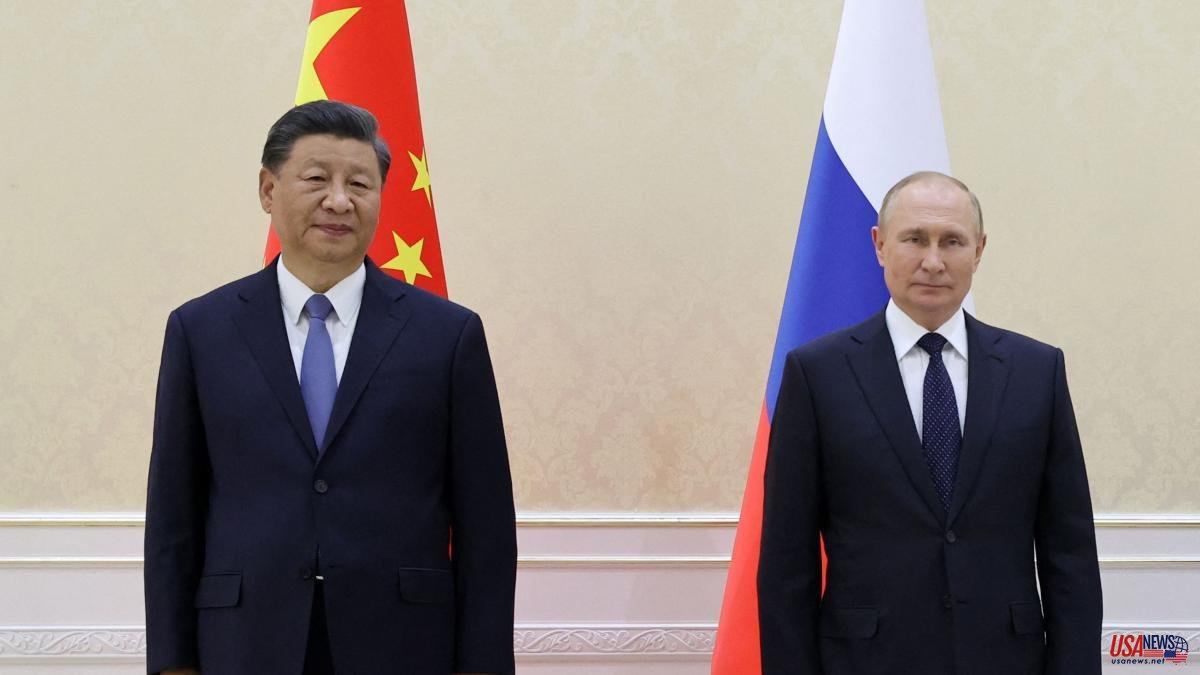 Russian President Vladimir Putin thanked Chinese President Xi Jinping for his "balanced position" on the "Ukrainian crisis." This was made known to him at the beginning of their meeting, which took place this Thursday in Samarkand (Uzbekistan, during the summit of the Shanghai Cooperation Organization (OCS).

In his reply, Xi proposed that Russia and China lead a changing world. "Faced with the great changes of our time at the global level, never before seen in all of history, we stand ready with Russian colleagues to set an example as responsible world powers and play a leading role in steering that rapidly changing world onto a trajectory of stable and positive development," he explained.

Moscow's break with Western countries over the Ukraine conflict is bringing Russia and China closer together. Beijing is also a loyal customer for Russian oil and gas and in recent months has compensated, along with other Asian countries, Moscow's progressive loss of the European market.

It is the second time Putin and Xi have met face to face this year. The first occurred in February, when Putin visited Beijing for the Winter Olympics, before the Ukraine conflict broke out.

In addition, it is the first time that the Chinese leader has left his country since the coronavirus pandemic was declared in 2020.

Putin took advantage of the beginning of the meeting to publicly show support for Beijing's one-China policy, according to which Beijing claims that Taiwan is part of China. In this sense, he condemned the "provocation" of "the United States and its satellites" in the Taiwan Strait, in a possible reference that he did not explain to the navigation carried out on August 27 by several US Navy warships through international waters in the strait.