As outrage grows in Russia over the attack on the Makiyivka school-turned-barracks that killed at least 89 Russian soldiers in the Donetsk region of eastern Ukraine; Russian President Vladimir Putin, who has not spoken publicly on the matter, does show his face to extol Russia's military power. 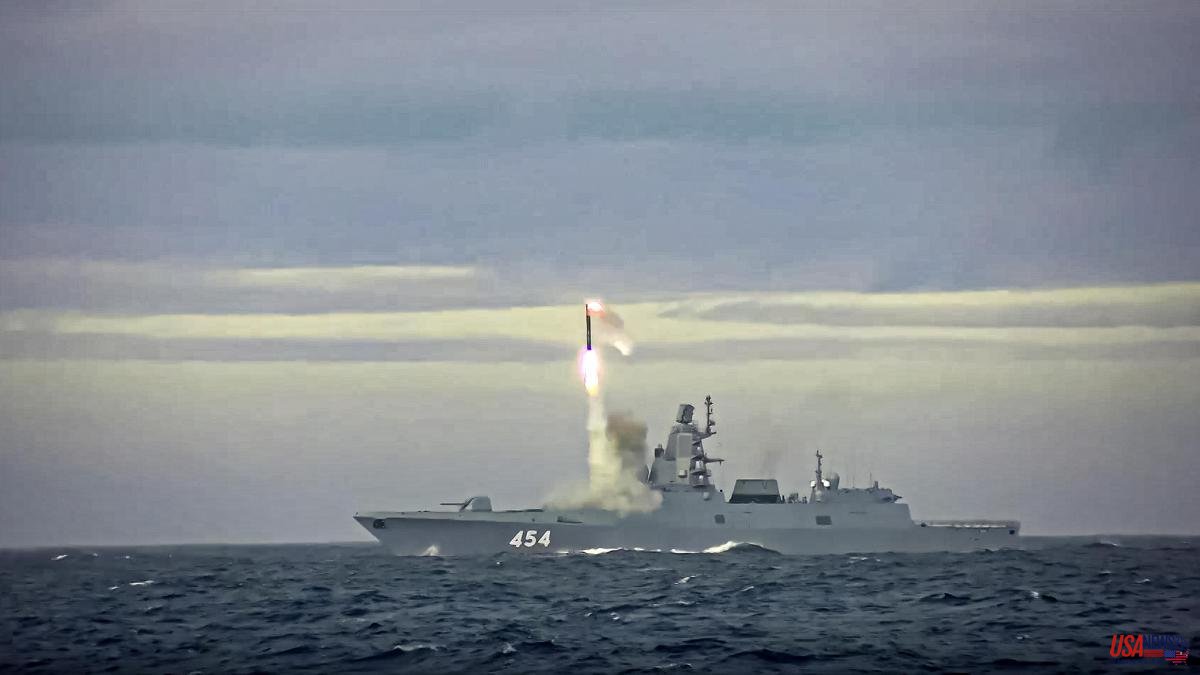 As outrage grows in Russia over the attack on the Makiyivka school-turned-barracks that killed at least 89 Russian soldiers in the Donetsk region of eastern Ukraine; Russian President Vladimir Putin, who has not spoken publicly on the matter, does show his face to extol Russia's military power.

The Russian president sent a frigate into the Atlantic and Indian Oceans on Wednesday, armed with new Zircon hypersonic cruise missiles that he said are unique in the world. "This time, the ship is equipped with the latest hypersonic missile system, Zircon, which has no analogues," Putin said in a video conference with Defense Minister Sergei Shoigu and Igor Krokhmal, commander of the frigate named "Admiral of the Fleet of the Soviet Union Gorshkov".

"I would like to wish the ship's crew success in their service for the good of the Motherland," Putin said. Shoigu, for his part, said that the Gorshkov would sail into the Atlantic and Indian Oceans and into the Mediterranean Sea.

"This ship, armed with Zircons, is capable of launching precise and powerful attacks against the enemy at sea and on land," said the head of the Ministry of Defense. The same portfolio that last night raised the number of soldiers killed in Makíyivka to 89 casualties and confirmed the use of mobile phones on New Year's Eve as the cause of being located by the Himars missiles fired by the Ukrainian forces.

Shoigu, who also did not comment on the deadliest attack of the war, assured that the hypersonic missiles, known as Tsirkon or Zircon, could surpass any anti-missile defense system. In addition, they fly at nine times the speed of sound and have a range of more than 1,000 kilometers.

Russia, China, and the United States are currently in a hypersonic arms race. Due to their speed, from over five times the speed of sound, and their maneuverability, these weapons are considered a way to gain an advantage over any adversary. The target of a hypersonic weapon is much more difficult to calculate than that of ICBMs.

Russian forces say they have used hypersonic missiles on at least three occasions in the invasion of Ukraine, but of a different type. They are called Kinzhal, which means dagger in Russian. Like the Zircon, they are also nuclear capable, that is, they can carry nuclear warheads. Its range is about 2,000 kilometers and it can reach ten times the speed of sound, according to its manufacturer.