Putin orders a ceasefire for Orthodox Christmas and Ukraine rejects it

Vladimir Putin has ordered a 36-hour ceasefire in the Ukrainian war, echoing the request, hours earlier, of Patriarch Kirill, head of the Russian Orthodox Church. 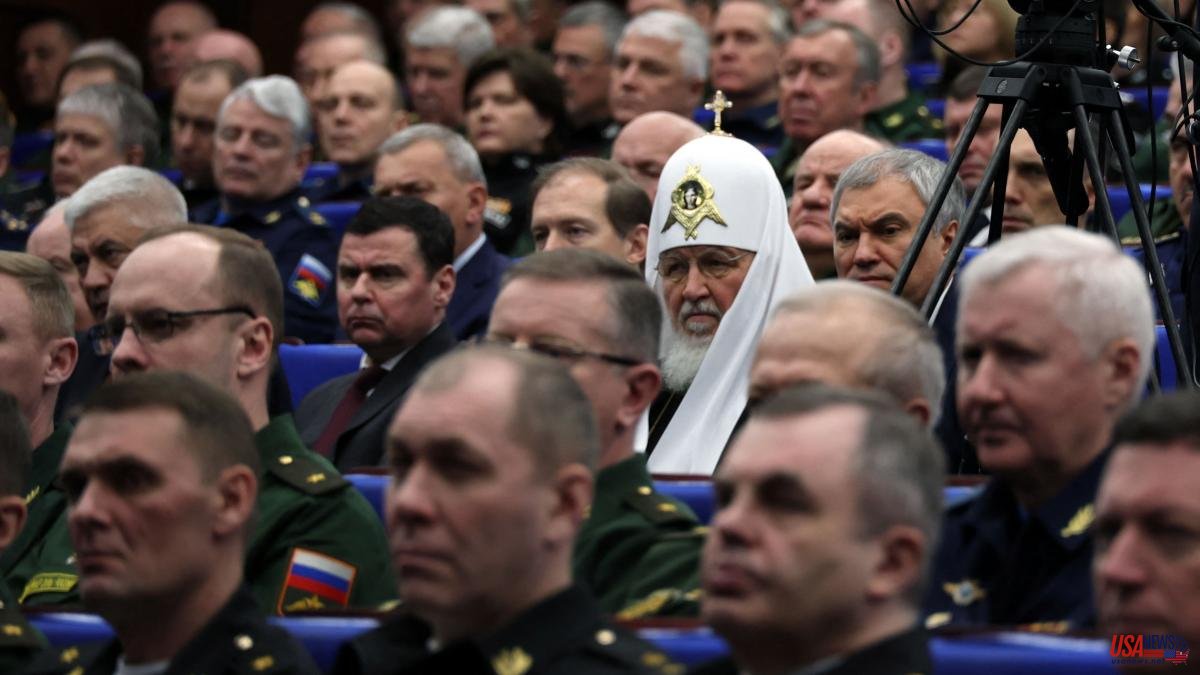 Vladimir Putin has ordered a 36-hour ceasefire in the Ukrainian war, echoing the request, hours earlier, of Patriarch Kirill, head of the Russian Orthodox Church. Kiril made this proposal on the occasion of Orthodox Christmas, which coincides with the day of Epiphany. The Russian church uses the Julian calendar, which marks Christmas thirteen days later than the Gregorian calendar.

"I, Kirill, Patriarch of Moscow and all Russia, appeal to all parties involved in the internal conflict to cease fire and establish a Christmas truce from 12:00 on January 6 to 24:00 on January 7, so that the Orthodox can attend the services on Christmas Eve and Christmas”, said the message from the top Russian religious leader.

Putin's order, addressed to Defense Minister Sergei Shoigu and published on the Kremlin website, reads: "Taking into account the call of His Holiness Patriarch Kirill, I order the Ministry of Defense of the Russian Federation to proceed to a ceasefire along the entire line of contact of the parties in Ukraine from 12 noon on January 6, 2023 to 12 midnight on January 7, 2023." And he adds: "Based on the fact that a large number of citizens profess Orthodox life in the combat zones, we ask the Ukrainian side to declare a ceasefire and give them the opportunity to attend religious services on Christmas Eve. , as well as on the day of the Nativity of Christ".

Ukrainian presidential adviser Mikhailo Podolyak called the "Russian Orthodox Church's declaration of a 'Christmas Truce'" a "cynical trap and propaganda element". According to Podolyak, the Russian church is a "war propagandist" inciting the "mass murder" of Ukrainians and the militarization of Russia.

The invasion of Ukraine has divided the two largest Slavic congregations and added to a growing dispute within Slavic Orthodox Christianity. As many Ukrainians wanted to be free of Russian rule after the collapse of the USSR in 1991, Constantinople, which oversees most modern Orthodox churches, granted autocephaly to the Ukrainian church, sparking discord with Moscow, which views it as a usurper. .

The Russian church has backed what the Kremlin calls its "special military operation." Patriarch Kirill himself justified the war as a "metaphysical struggle" to curb the influence of Western liberal ideology in Russia. Similarly, President Vladimir Putin claims that he defends Russian-speaking eastern Ukraine in a conflict with a US-led “absolutist” West that wants to destroy Russia and its culture.

Such a statement, however, should not be understood in relation to the ceasefire order issued yesterday by the Russian president, since there are currently no prospects for negotiation. Erdogan also spoke yesterday with the Ukrainian president, Volodímir Zelenski, but without referring to any ceasefire. Turkey is of course willing to mediate, Erdogan noted, "for the establishment of a lasting peace between Russia and Ukraine," and has invited both presidents to hold talks.