Putin, on the southern flank

The growing Russian influence in Africa is a cause for great concern in Western foreign ministries due to the destabilizing potential in very sensitive areas such as energy resources and irregular immigration. 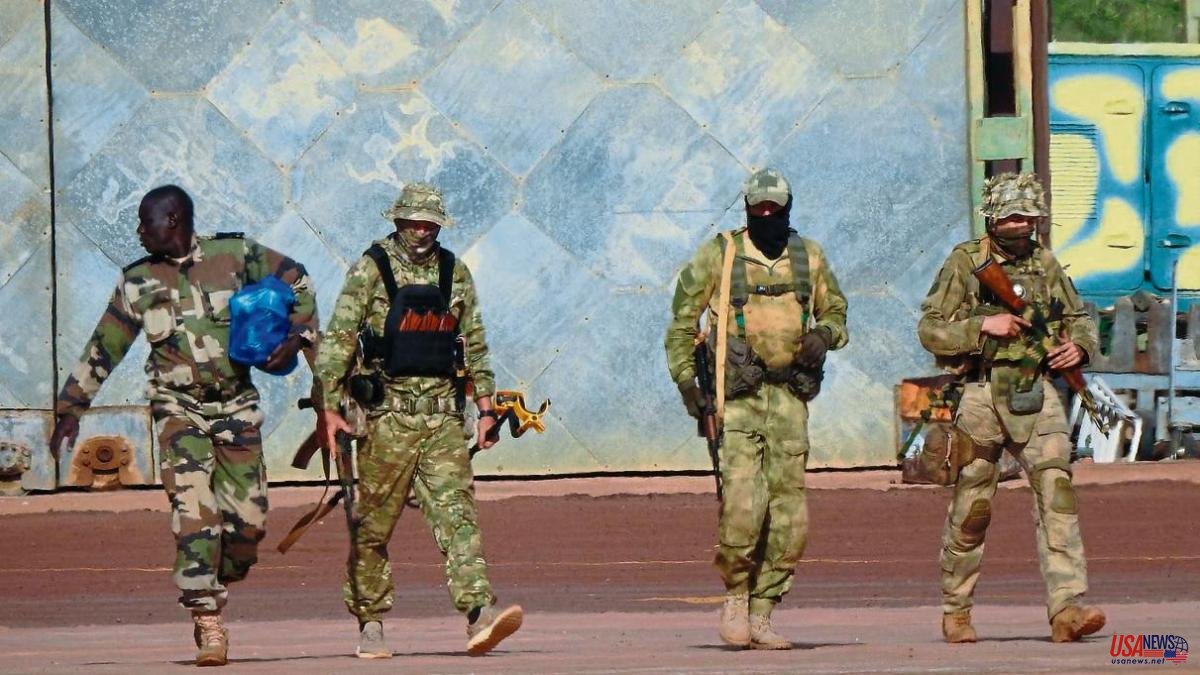 The growing Russian influence in Africa is a cause for great concern in Western foreign ministries due to the destabilizing potential in very sensitive areas such as energy resources and irregular immigration. Moscow tries to strengthen its historical complicities on the continent to counteract sanctions and Western isolation as a result of the invasion of Ukraine. Russia is not limited to pampering historical allies of the Maghreb, such as Algeria, but also has more and more pawns in the south of this region, such as Mali or the Central African Republic.

The Spanish Minister of Foreign Affairs, José Manuel Albares, has expressed concern about the economic and security consequences for Europe, in particular for the southern countries, of the Russian offensive in Africa. It is an anguish shared by France, which has seen its traditional weight in the area dramatically reduce for years, and also by the United States, attentive to medium-term geopolitical risks. On April 27, a bill presented by Democratic Congressman Gregory Meeks, in which he urged the Administration to adopt decisive and lasting measures against Russia's "malign activities" in Africa, was approved by an overwhelming majority in the House of Representatives.

The African ambiguity is being very useful to Putin to break the Western siege and show that he is not a pariah on the global scene. An example is the vote on March 2 at the UN General Assembly in New York, in which the invasion of Ukraine was condemned. Of 54 African countries, 28 supported the motion, but 17 abstained – including Algeria, Mali, the Central African Republic and South Africa – and eight were absent, including Morocco, Ethiopia and Burkina Faso. The only country that voted against was Eritrea, along with Belarus, Syria, North Korea and Russia itself.

Algeria has been, for sixty years, a friendly regime of Moscow, during the Soviet period and later. Moscow promoted the struggle for the independence of the National Liberation Front (FLN). The North African country today takes on a special significance for its natural gas reserves and its ability to supply Europe and replace, in part, the Russian flow. Putin's phone call to Algerian President Abdelmajid Tebboune in April, and the subsequent visit to Algiers by Russian Foreign Minister Sergei Lavrov, must be interpreted in this context. One of the objectives of these contacts was "coordination within OPEC." The Kremlin appreciated Algeria's "wise and objective" position on the Ukrainian crisis. The Russians appreciate that Algiers does not align itself with the West.

Cooperation between Algeria and Russia is intense on all fronts, including the military. The visit of the chairman of the defense commission of the Duma (the Russian Parliament), Viktor Bondarev, was significant. Shortly after, it emerged that the Russian and Algerian armed forces would carry out joint maneuvers next fall in the south of the Maghreb country. The exercises will focus on the fight against terrorism. The maneuvers, in the province of Bechar, will have a discreet component of Russian troops – some 80 soldiers – but they are symbolic. Algeria is the largest buyer of Russian arms in Africa. In media close to Rabat there has been speculation that Russia could establish a permanent naval base in Oran.

Another country in the region with a Russian presence is Libya. There, the mercenaries of the Wagner group support Marshal Khalifa Haftar in his fiefdom in the east of the country. But in Libya the Russians are just one more actor, along with the French, Turks and Emiratis, in a chaotic and contradictory situation. Moscow does not give up influencing a country with huge hydrocarbon reserves.

Egypt is an example of the region's geopolitical subtleties and lurches in alliance games. The USSR supported President Nasser when he occupied the Suez Canal in 1956. Moscow helped build the Aswan Dam and was a supporter of the Palestinian cause. With President Anwar el Sadat, Cairo took a turn and placed itself in the orbit of Washington, which to date has given Egypt generous military aid, the second most important in the region after Israel. But Marshal Abdel Fateh al Sisi promotes a balance. He remains an ally of the US and, at the same time, is a large buyer of Russian weapons, especially fighter-bombers. Cairo is tied to Putin, moreover, by another major project, comparable to that of Aswan: the construction of a nuclear power plant using Russian technology, with four reactors, in the town of Al Dabaa, near the Mediterranean coast, west of Alexandria. Moscow has granted loans worth 25,000 million dollars.

Putin's African strategy goes back a long way. The Ukrainian earthquake has only confirmed the importance of influencing the continent. A milestone in the relationship was the summit held in October 2019 in the spa city of Sochi, with the Russian president hosting 43 African leaders. It was a demonstration of convening power. Neither Paris nor London, former colonial powers, are usually able to bring together so many leaders. Putin then lambasted the West for dictating "its political conditions" to African countries and its demands on issues such as human rights. "We have a lot to offer our African friends," he stressed. The second Russia-Africa summit is scheduled to take place in November this year in St. Petersburg.

Many African governments still value the links with Moscow built during the wars of independence. Many leaders were able to study in Russia thanks to scholarships. This was the case of Angolans, Mozambicans, South Africans or Namibians. The Mozambican flag displays a Kalashnikov rifle, the quintessential Soviet weapon of so many guerrillas.