Putin inspects the Vostok-2022 maneuvers, which strengthen his ties with China and Asia

Vladimir Putin's agenda, which did not allow him to attend last Saturday's funeral and burial of the last leader of the USSR, Mikhail Gorbachev, has taken him this week to the Russian Far East. 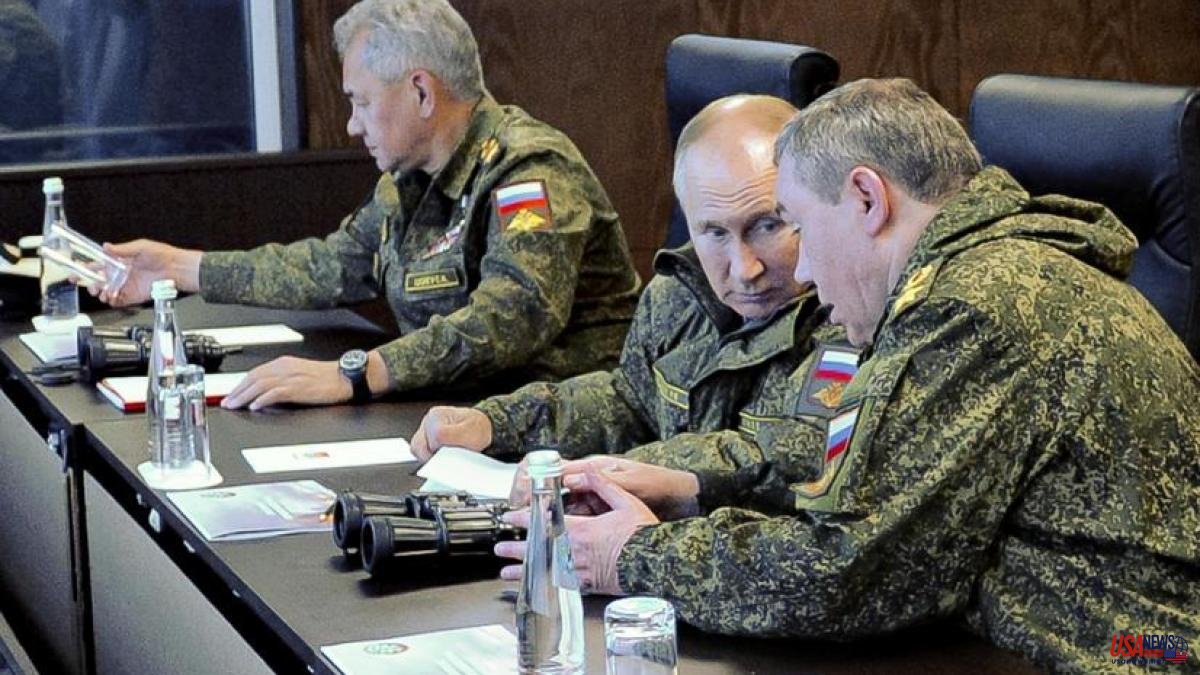 Vladimir Putin's agenda, which did not allow him to attend last Saturday's funeral and burial of the last leader of the USSR, Mikhail Gorbachev, has taken him this week to the Russian Far East. The Kremlin chief will be in Vladivostok on Wednesday, where he will attend the Eastern Economic Forum, but on Tuesday he visited an army facility to inspect the Vostok-2022 (East-2022) military exercises.

With the participation of contingents from China and more than a dozen friendly countries from around the world, Moscow is looking for a scenario to strengthen its relations with Asia in the face of Western sanctions.

In these maneuvers, which coincide with the Russian campaign in Ukraine, more than 50,000 soldiers and more than 5,000 military vehicles, including 140 planes and 60 ships, are participating, according to data from the Ministry of Defense. They take place in various training camps in the Russian Far East and in the waters of the seas of Japan and Okhotsk, in the Pacific Ocean.

Russia organized similar exercises four years ago, although Vostok-2018 was much larger. 300,000 soldiers participated in them and it was Moscow's biggest show of force since the end of the cold war.

This year's began on September 1 and ends this Wednesday, the 7th. Russian troops have been joined by military from neighbors and allies. More than 2,000 soldiers and observers from Algeria, Burma, China, India, Laos, Mongolia, Nicaragua and Syria are participating, as well as the former Soviet republics of Armenia, Azerbaijan, Belarus, Kazakhstan, Kyrgyzstan and Tajikistan.

Putin met with the Russian Defense Minister, Sergei Shoigú, and with the chief of the general staff, Valery Gerasimov, at the Sergeevsky military estate, in the Primorsky Krai (region).

From that position they followed the final phase of the maneuvers together, explained the Kremlin spokesman, Dimitri Peskov. In some images released by the Russian presidency, Putin, dressed in a military jacket, observes the exercises with binoculars.

Last week Russian and Chinese combat ships carried out anti-ship, air attack and submarine defense tasks in the Sea of ​​Japan, according to the Defense Ministry. On Monday, they simulated repelling an enemy air attack using artillery systems for air defense.

The Ministry of Defense released a video of the naval part of the maneuvers. It shows the Russian Pacific Fleet practicing launching Kalibr cruise missiles. According to Russian authorities, it successfully hit a target 300 kilometers away.

After the military day, the Russian president's agenda will take him to Vladivostok on Wednesday, where the Eastern Economic Forum began on Monday, an annual meeting that since 2015 aims to encourage investment in the Russian Far East.

Putin is scheduled to deliver a speech at the forum's plenary session on Wednesday. There he will meet Li Zhanshu, head of China's top legislature (the National People's Congress) and the third man in Beijing's hierarchy.

Russia and China have increased their relations in recent years. That friendship, which at first seemed aimed at confronting the United States, has become clearer since the Ukraine conflict erupted, when Moscow sent the army into the neighboring country.

Beijing has refused to condemn Russia's actions in Ukraine. According to Moscow, China "has a balanced view of the Ukraine crisis", and highlights Beijing's "understanding" of Russia's reasons for acting.