Putin consummates today the annexation of four other Ukrainian territories

Russian President Vladimir Putin intends today, Friday, to complete the dangerous circle that began eight and a half years ago, when in March 2014 he signed the annexation of the Crimean peninsula after a controversial referendum rejected by Ukraine, described as illegal by the international community. 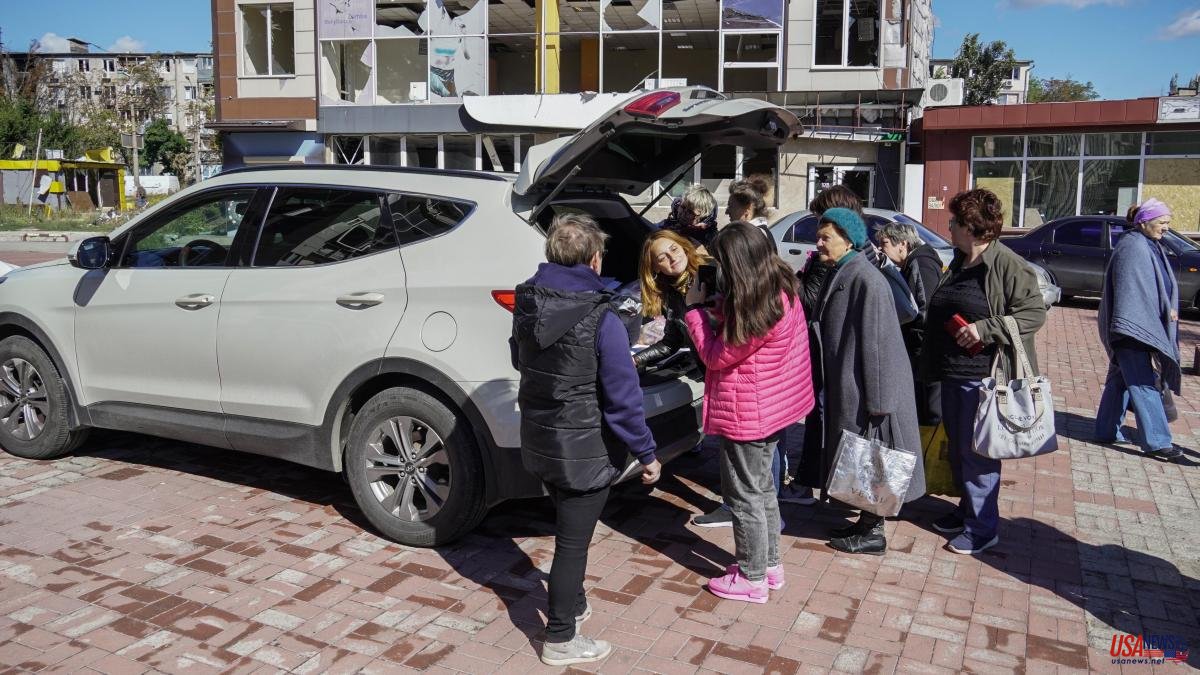 Russian President Vladimir Putin intends today, Friday, to complete the dangerous circle that began eight and a half years ago, when in March 2014 he signed the annexation of the Crimean peninsula after a controversial referendum rejected by Ukraine, described as illegal by the international community. and starting point for the definitive rupture with the West. In the same scenario as then, the hall of Saint George of the Grand Kremlin Palace, will formalize today the annexation of four other Ukrainian territories: the provinces of Luhansk and Donetsk, in the east, Kherson and Zaporizhia, in the south.

After the five-day express referendums, the agenda to incorporate these new territories into Russia was served.

On Wednesday, the pro-Russian authorities announced a result that was not surprising at all. In Zaporizhia 98.11% voted to join Russia. In Kherson, 87.05% did the same. That option won in Donetsk with 99.23% and in Luhansk with 98.42%.

Ukrainian President Volodymyr Zelensky has called an urgent meeting of the Ukrainian Security Council today. Shortly before, he told his Polish counterpart, Andrzej Duda, by phone that a "powerful reaction" from the international community is needed in the face of Moscow's "illegal acts".

From the United Nations, its Secretary General, António Guterres, flatly rejected the annexation. He pointed out that Moscow's plan "should not be accepted" and represents a "dangerous escalation" of the Ukrainian conflict.

This began last February, when Putin decided to send tanks and soldiers to the neighboring country in what he called a "special military operation."

Annexation "will have no legal value and deserves to be condemned," Guterres said. And he pointed out that the annexations violate the UN Charter and go against "everything that the international community should defend."

The heads of those territories officially asked Moscow on Wednesday for them to become part of the Russian Federation. A formality, because like the results, the answer was already known: concerned about the Ukrainian counteroffensive that this month has driven the Russians out of most of the Kharkiv region, the Russian political elite and propaganda had cheered the call to the voting race; and Putin had declared his support for him.

Yesterday its spokesman, Dimitri Peskov, announced the ceremony to formalize the annexation agreements. "The signing ceremony will take place tomorrow," for today, he announced to reporters. The time that everyone will be aware of: 12 GMT, three in the afternoon in Moscow, one hour less in Barcelona.

Despite the setback suffered on the battlefield this month, the rapid organization of this annexation indicates that the Kremlin has decided to double down on its offensive against Kyiv. A day after the call, Putin called for a partial mobilization to incorporate 300,000 Russian reservists into the front.

On March 18, 2014, Putin was accompanied at the Crimean annexation ceremony by the pro-Russian leaders of the two administrative divisions that comprise it: Sergey Aksionov and Vladimir Konstantinov, as Prime Minister and Speaker of the Parliament of the Republic of Crimea; and Alexéi Chali, as mayor of the federal city of Sebastopol.

Russian deputies and senators will act as witnesses. Putin is then scheduled to deliver a speech to all of them.

As a preview of his words, yesterday the head of the Kremlin criticized the West for, according to him, clinging to a unipolar world. “A far from simple process is taking place in which a more just world order is being formed. The unipolar hegemony is crumbling, and that is an objective reality that the West does not want to tolerate," the Kremlin chief said at a meeting with CIS delegates. According to Putin, because of this "the collective West creates new problems, new crises" artificially.

With this annexation the Kremlin incorporates into Russia the entire Ukrainian provincial demarcation, and not solely the territory dominated by its troops or pro-Russian militias. After more than seven months of fighting, they control almost all of Luhansk and somewhat less Jerson. But in Donetsk and Zaporiyia Russian control does not reach 60%.

It is not Novorussia or the New Russia, the historical term that in 2014 the most nationalists evoked and that intended to cut the map of Ukraine diagonally, from Odessa to Kharkiv. But it is enough to connect Crimea by land with mainland Russia. After today's ceremony, Russia considers 15% of the Ukrainian territory as its own, 20% if we add Crimea. That will give it the right, they say, to defend those lands with all its available weapons, including nuclear ones.

Today's signature will have to be ratified next week by the Duma (Lower House) and the Federation Council (Upper House or Senate).