Putin admits "extreme difficulties" in the annexed territories in Ukraine

In a rare admission of the problems Russia faces in Ukraine, Russian President Vladimir Putin has admitted that the situation in the Ukrainian provinces he annexed in September is "extremely difficult. 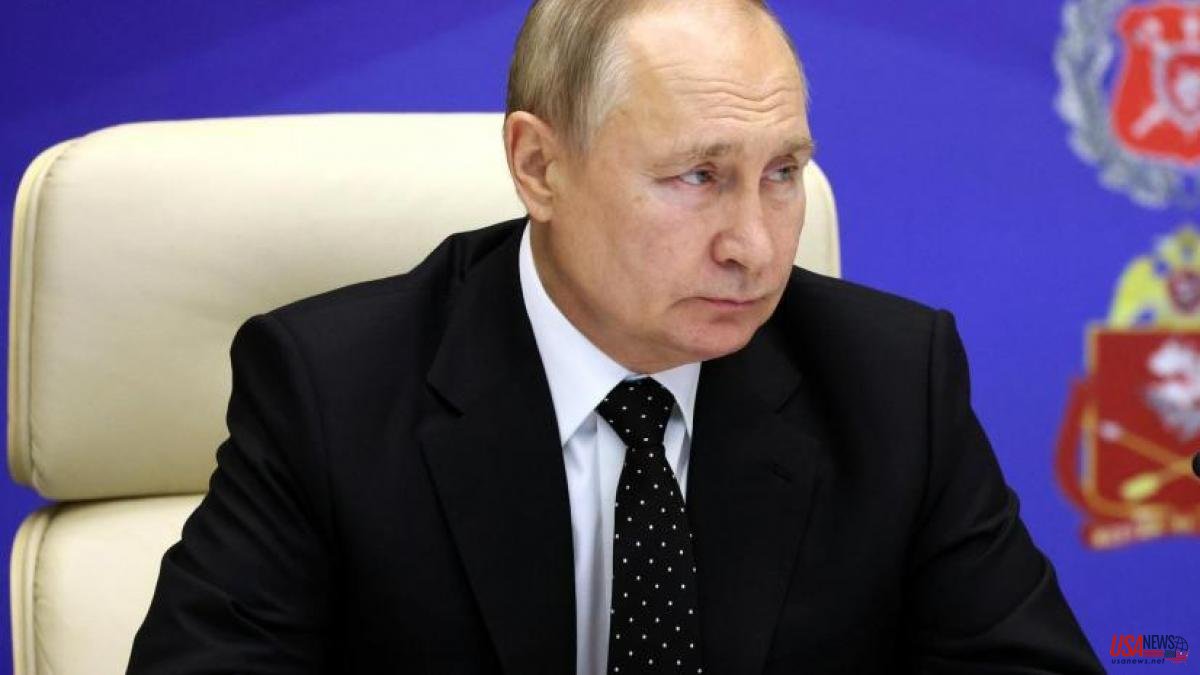 In a rare admission of the problems Russia faces in Ukraine, Russian President Vladimir Putin has admitted that the situation in the Ukrainian provinces he annexed in September is "extremely difficult." Against this background, he has ordered the Russian secret security services (the FSB, heir to the Soviet KGB) to intensify the search for "traitors, spies and saboteurs", as well as prevent threats from abroad.

In a video message on the occasion of the Day of Security Services, which was celebrated in Russia on Monday, the Kremlin chief demanded that counterintelligence agencies, including the military, "maximum concentration and accumulation of forces" to deal with "new threats and challenges".

"You must firmly put an end to the activities of foreign special services, to quickly identify traitors, spies and saboteurs," he said in a video speech released on Tuesday.

The message also coincides with a round figure in the conflict in Ukraine. On February 24, 2022, 300 days ago, Putin ordered the Russian Armed Forces to enter Ukrainian territory, beginning the worst war in Europe since World War II.

The Russian president also instructed the FSB and the National Anti-Terrorism Committee to take joint actions to carry out "special control" of Russian strategic infrastructures, such as transport and energy facilities.

He also drew attention to the difficult work of the security services in the regions annexed by Russia. And she was surprised that he admitted that the situation in the southern and eastern Ukrainian provinces that Russia annexed in September, Kherson, Zaporizhia, Donetsk and Luhansk, the situation is "extremely difficult."

"But the people who live there, the citizens of Russia, expect your protection. And your duty is to do everything necessary to ensure their safety as much as possible, respect for their rights and freedoms," Putin said.

Russia annexed those Ukrainian territories on September 30, after the organization of express referendums that the Ukrainian government and its Western allies described as a "farce." They consider the annexations illegal, the same as the annexation in 2014 with the Crimean peninsula.

However, Russian troops do not fully control any of those four provinces and last month they had to withdraw from the city of Kherson, the only provincial capital they had managed to take since February.

More surprising was that in early December several drones evaded all surveillance and struck two Russian airfields in the Ryazan and Saratov provinces, hundreds of kilometers from the Ukrainian border.

"Any attempts to violate the border must be quickly and effectively thwarted using whatever forces and means we have at our disposal, including mobile action units and special forces," Putin said. And he ordered the FSB to maximize the "use of operational, technical and personnel potential."

The Russian president stressed that one of the main priorities of the FSB, led by his ally Alexander Bortnikov, is the fight against terrorism. "You have extensive experience, therefore it is necessary to continue efforts to prevent terrorist attacks comprehensively and effectively. Crowded places, strategic facilities, as well as transportation and energy infrastructures must be under special control," he ordered.

Russia has described several attacks suffered during the conflict as terrorist attacks, such as the explosion that occurred in October on the Kerch bridge, which links Crimea with mainland Russia and which, since its construction in 2018, has become a symbol of annexation. of that Black Sea peninsula.