Pumas, Barça's rival at the Gamper, take the signing of Dani Alves for granted

Although it is not yet official, the Mexican Pumas already take it for granted: Dani Alves will set course for the team that will face FC Barcelona at the Joan Gamper. 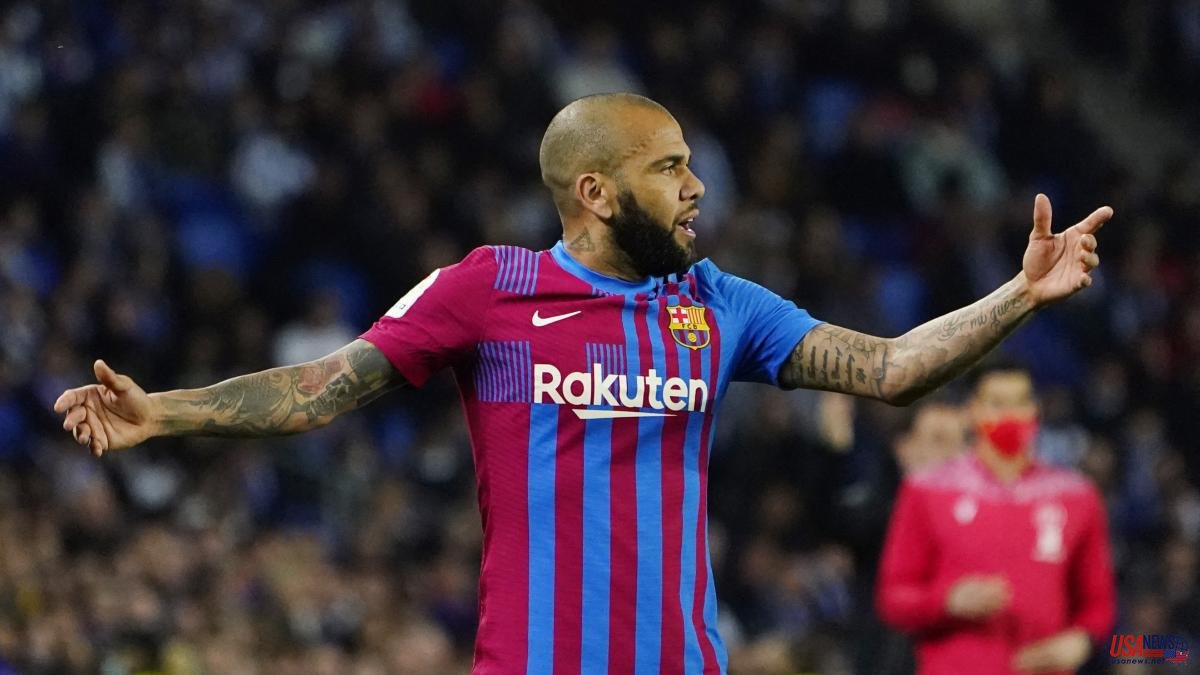 Although it is not yet official, the Mexican Pumas already take it for granted: Dani Alves will set course for the team that will face FC Barcelona at the Joan Gamper. The club has published a video on its social networks in which its mascot appears making a drive to the University Olympic Stadium, where they play their home games, and entering the field. At the end of the piece you can read a message in Brazilian: "Dani, we are waiting for you".

The National University Club, better known as the Pumas of the UNAM (National Autonomous University of Mexico), is close to closing the hiring of the most successful player in the history of football. At 39, Alves still does not want to end his career. He is living a second youth. Barça recovered it last season after the defender terminated his contract with São Paulo. In addition, with the Brazilian team he became Olympic champion in 2021 and has been included in the latest calls.

Although his intention was to renew with Barça and he had the full confidence of Xavi, a former teammate as a player in his previous stage in the team, the club did not make him a new offer and he became a free agent. After his dismissal, the Blaugrana are looking for a substitute on the right side and the Brazilian is looking for a new challenge to stay in shape and be able to reach the World Cup in Qatar, which will be played in November and December, one of the few titles missing in his immeasurable record.

If the signing is finally consummated, Pumas will be the seventh club in Dani Alves' career, after passing through Bahia, Seville, Barcelona, ​​Juventus, Paris Saint-Germain and São Paulo. The soccer player has already left details on social networks that appeal to his arrival in Mexico, such as a video singing with mariachis and wearing a typical hat. With his new shirt he will set foot in the Camp Nou again, as Pumas will be Barça's rival at the Joan Gamper, which will be played on August 7.

After three days of the Liga MX Opening Tournament, Pumas is in eighth position, with one win and two draws. It is the sixth most successful team in the history of Mexico. It has in its ranks another well-known face of European football such as 'Toto' Salvio, a former player for Atlético de Madrid and Benfica. Dani Alves will follow the path that Vavá, Juninho, Ronaldinho or Bebeto, some of the most outstanding Brazilian players who passed through Mexican football, already did at the time.