The Parliament of Catalonia commemorates on Tuesday of next week with a solemn session the 90th anniversary of its constitution, on December 5, 1932, during the Second Republic. 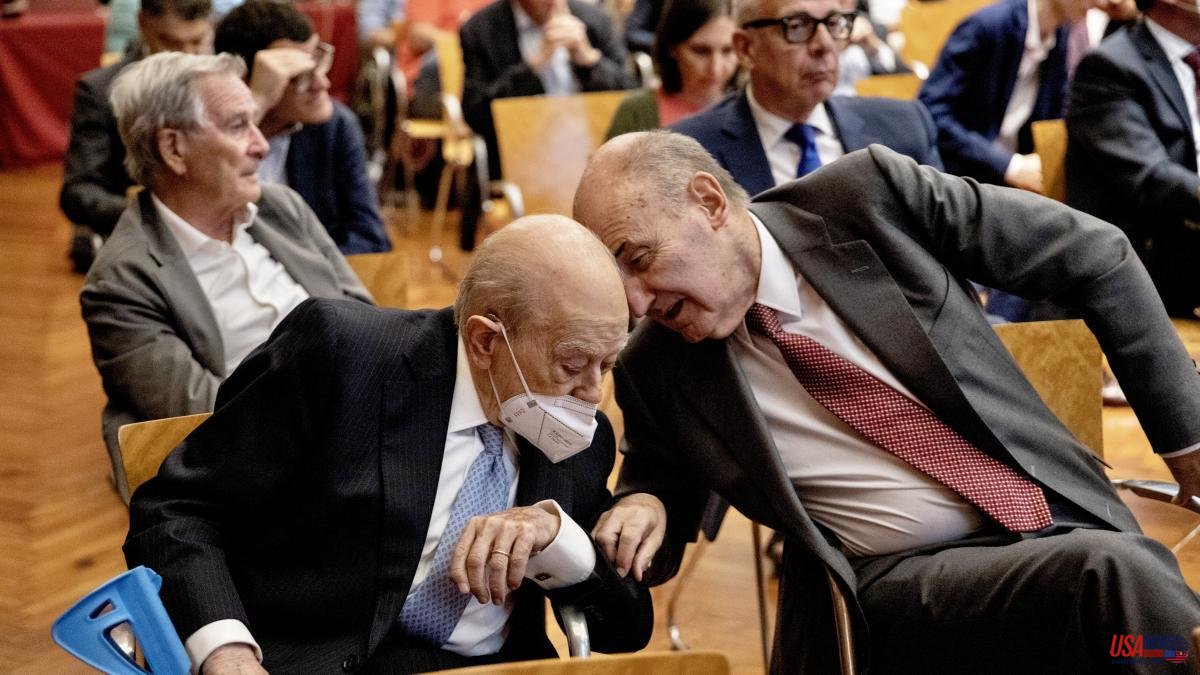 The Parliament of Catalonia commemorates on Tuesday of next week with a solemn session the 90th anniversary of its constitution, on December 5, 1932, during the Second Republic. If his health allows it, the former president of the Generalitat Jordi Pujol will attend, who since February has been seen at events organized by the Generalitat after several years in ostracism due to the criminal case that he is planning against his family and the undeclared money in Andorra who confessed in July 2014.

The former Catalan president suffered a stroke in September and has been recovering ever since. If nothing truncates his plans, on Tuesday he will attend the Catalan Chamber, according to the newspaper Ara. As a former deputy and former president, the invitation was sent to him, as has been done with another 600 former deputies who are still alive. The former presidents José Montilla and Artur Mas have also confirmed their attendance at the session.

The last time Pujol attended Parliament was in 2016, discreetly, at the farewell ceremony for Muriel Casals. The previous time it was on the occasion of the investigation commission that was launched in the Chamber on the Pujol family, in which he had to testify and his wife, Marta Ferrusola, and their children also appeared and of which the former president came out failed.

Two months after suffering the stroke, in November, Pujol reappeared publicly at the presentation of the memoirs of the doctor and activist from Manresa, Carles Llussà, who died in April but had his book A la recerca del temps passat ready beforehand. The former president had been friends with him since the early years of the Convergència Democràtica de Catalunya and took part in the event that was held in the capital of Bages.

Pujol is pending trial at the National Court along with other members of his family, and since the money his family had in Andorra was uncovered, he withdrew from public life, but this year he has gained notoriety again. In February, he participated in a round table on Europe organized by the Generalitat, by the former Minister of Foreign Affairs and Governance, Victòria Alsina, and Ramon Trias Fargas has also been seen at some events of the year, organized by the Department of Economy and Hisenda with Jaume Giró led until last October. In fact, in one of those acts he coincided with the president Pere Aragonès, who quoted him from the lectern but later did not greet him in person.

In addition, in July the founder of CDC was interviewed in Ser Catalunya by Josep Cuní and reviewed his life and recent years. The former president of the Generalitat then stated that it hurts him to be called corrupt and said that he would put his hand in the fire for the vast majority of his children. In 2021, in a book interview with Vicenç Villatoro, Between pain and hope, the former president denied that he was corrupt.