Puigdemont faces the moment of truth before the European justice

Among all the tangle of cases opened in the European courts on the situation of Carles Puigdemont and the former ministers who sought refuge in Brussels five years ago, a key case stands out on which his entire strategy rests: the appeal against the decision of the European Parliament to lift them immunity, its best protective shield against the decisions of the Spanish justice system. 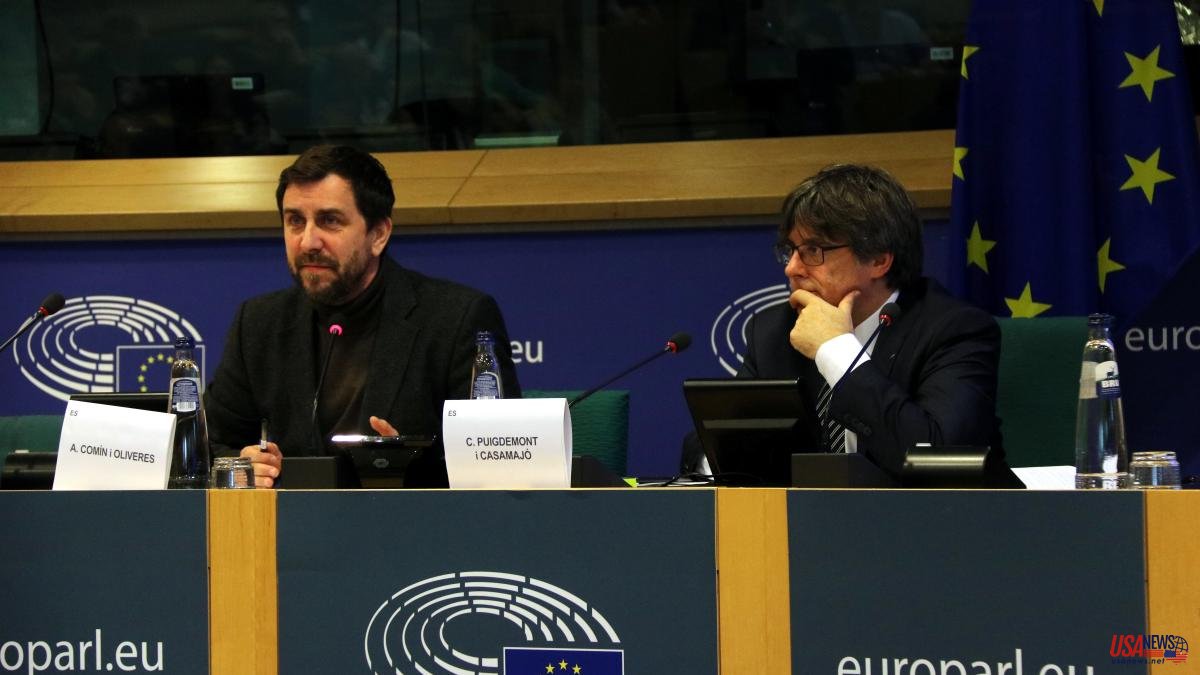 Among all the tangle of cases opened in the European courts on the situation of Carles Puigdemont and the former ministers who sought refuge in Brussels five years ago, a key case stands out on which his entire strategy rests: the appeal against the decision of the European Parliament to lift them immunity, its best protective shield against the decisions of the Spanish justice system. Both his defense lawyers and the Spanish Supreme Court have today and tomorrow marked in red on the calendar. These are the dates chosen by the General Court of the EU (TGUE) to hold the oral hearings on that decision of the European Parliament, the moment of truth for Puigdemont's European judicial strategy.

If, despite the arguments presented in Luxembourg by his defense lawyer, Gonzalo Boye, the European Court finally decides to uphold the decision adopted by the plenary session of the European Parliament to suspend his immunity in March 2021, Puigdemont, who could still appeal, will have He has lost his best legal shield against the Euro-orders of Judge Pablo Llarena, although the game will still be far from over, especially now that the Government has proposed reforming the crime of sedition for which Spain is claiming him.

But if, on the contrary, the European justice decides to annul the Strasbourg decision and restores their parliamentary immunity to Puigdemont, Toni Comín and Clara Ponsatí, all other cases in Europe (including the preliminary ruling question sent by Judge Llarena) would become "irrelevant", assure their lawyers, at least until the end of the current legislature. That is at the moment its maximum judicial objective.

Defense sources say that, from the moment they decided to stand in the elections, they had foreseen this situation ("We have not improvised") and maintain that they arrive at this key moment "with their homework done." At the same time, there are rare cases in which justice revokes a decision by Parliament to withdraw the immunity of one of its members and admits that it is impossible to foresee where the sentence will go.

The oral hearing called for today at two in the afternoon in the expanded sixth room of the TGUE refers to case T-115/20 and deals with the decision of the President of the European Parliament not to defend them when in October and November 2019 the judge Llarena issued two new Euro-Warrants. What Puigdemont's defense is interested in in this case, they explain, is that the European justice reaffirms the dates from which they had already obtained the status of deputies (the proclamation of the electoral results was on July 2, 2019, although not It was not until January 2020 when the president of the chamber, David Sassoli, allowed them to take possession of their seats), with a view to asserting their argument in the main case that "the petition was processed when their immunity had already been violated" .

The really crucial oral hearing, the one referring to the appeal against the decision of the European Parliament to agree to Judge Llarena's request and lift his immunity, case T-272/21, will begin tomorrow at nine in the morning in the same room (composed of by judges of Cypriot, Danish, Finnish, Slovak and Lithuanian nationality) and could last until early in the afternoon. It should be remembered that, as a result of their arrest in Italy in September 2021, the European courts finally agreed to order precautionary measures and temporarily restored the immunity of Puigdemont, Comín and Ponsatí, valid protection throughout the EU except in Spain, where it continues an arrest warrant is in effect.

The plaintiff (Puigdemont, Comín and Ponsatí) and the defendant (the European Parliament) will have a maximum of 20 minutes today and tomorrow to make their initial arguments, the same time assigned to the intervening party (Spain). Afterwards, the judges will go on to ask questions. Puigdemont's defense defends that the request was processed irregularly and partially, for which reason he demands that the plenary decision be annulled and that the aforementioned protection be returned immediately. His defense strategy is broad and includes both procedural elements and others of a more political nature to reinforce his argument that those affected are victims of political persecution and have not received fair treatment.

A key document in the case is the resolution by which a year and a half ago the European Parliament decided to suspend their immunity. At the proposal of the Chamber's Legal Affairs Committee, a body chaired by Citizens deputy Adrián Vázquez, in March 2021 the plenary session of the institution approved accessing the request sent by Judge Llarena by a large majority of votes (400 in favor , 248 against and 45 abstentions).

The opinion, adopted after a long internal process, affirms that the request to waive immunity "refers to facts and judicial actions prior to the acquisition" of the status of MEP "and, therefore, to his immunity" and maintains that The second chamber of the Supreme Court is, "as it has been interpreted by the national courts", the "competent authority" to request the request, something that Puigdemont's defense rejects.

The document approved by the plenary session also recalls that the protection granted by immunity to deputies is intended to guarantee their independence but "it is not a personal privilege" and indicates that it has no indications of fumus persecutionis (that is, it does not believe that the procedure court "responds to" the intention to damage the political activity of a deputy and, therefore, of the European Parliament", as those affected allege).

The defense maintains that there are suspicions of persecution and partial treatment and relies on the order issued in May of this year by the president of the CJEU to temporarily reinstate their immunity, a text that affirms that the "behavior" of the petitioner ( the ultra-conservative Bulgarian deputy Angel Dzhambazki, who shares a group with Vox) and the president of the Legal Affairs committee (Vázquez, from Ciudadanos) "seem to demonstrate at first sight a position taken or a personal prejudice against the deputies".

To delve into this argument, Puigdemont's defense plans to evoke recent statements by the Prime Minister, Pedro Sánchez, Vice President Nadia Calviño and the PSOE spokesperson in Congress, Patxi López, in which they affirm that the objective of the crime reform of sedition is to achieve the extradition of the former president, as well as in the successive changes in the Spanish judicial strategy, including pardons.

Another argument that the defense intends to use is that the right to "sound administration" has been violated, since the Legal Affairs Committee never responded to the questions that the deputies posed when Judge Llarena reissued the Euro-orders. In addition, they maintain, when they voted, the MEPs had not been correctly informed about the judicial situation of the person affected, since the opinion affirms that the investigation phase of the trial "has concluded", a statement that Boyé categorically describes as "false".

After this week's oral hearings, the judges will proceed to deliberate on both cases. Although there are no legal deadlines for a sentence to be handed down, the usual thing is that after a hearing the TGUE takes between three and four months to rule. Both parties could later appeal the verdict. Meanwhile, the CJEU is expected to issue a ruling on the preliminary questions raised by Judge Llarena to Luxembourg in relation to what kind of limits a receiving state of a Eurowarrant (Belgium, in this case) can place on its execution. This step could mean the reactivation of the Euro-orders, which are pending despite the situation of the debates in Spain on the substitution of the crime of sedition for that of public disorder.

On the question of the scope and limits of the Euro-orders, there are conclusions from the General Advocate and they are very contrary to the interests of Puigdemont since they are clearly aligned with Judge Llarena's theses. Surprised by these guidelines, on November 7 the ex-president's defense requested the reopening of the oral phase of the case. Whether or not the judges agree to this request, when Llarena obtains an answer to her questions, it is very likely that Puigdemont will continue to enjoy parliamentary immunity, at least temporarily, hence the relevance of the cases that the General Court will hear today and tomorrow.