Ximo Puig closely follows what is happening in Europe and in the world. 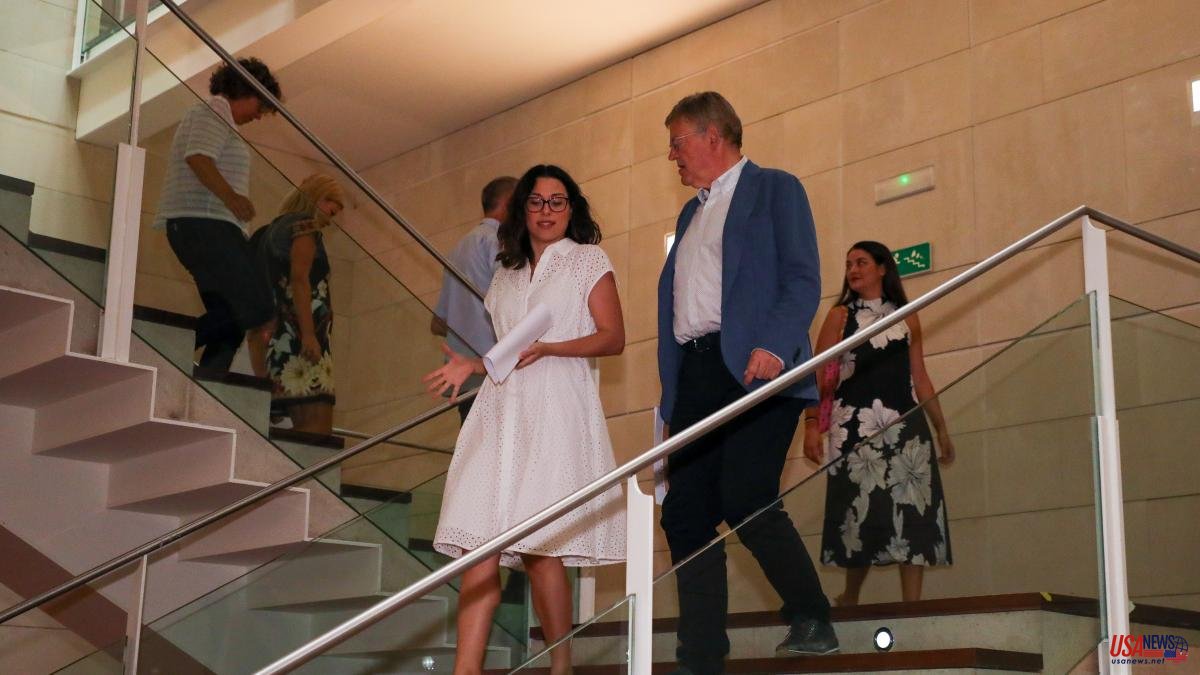 Ximo Puig closely follows what is happening in Europe and in the world. He has seen how in a few months the rise in inflation and social unrest due to the new economic crisis is fueling the rise of right-wing and extreme right-wing forces, as has happened in Sweden and Italy. And that Social Democracy, a family to which he belongs by conviction, has not been able to find the appropriate response to the malaise that is even exhausting European cohesion, now ravaged by the war in Russia.

The Valencian president today wants to outline in the Valencian Parliament a plan to alleviate the effects of inflation on Valencian families that does not involve a reduction in taxes and that, at the same time, allows reducing the pressure that hundreds of thousands of Valencians feel in their pockets .

A difficult plan that will be made public in the General Policy Debate and that will incorporate, among others, the deflation of personal income tax for medium and low incomes, with a progressive criterion that should, according to sources from the Presidency, reach more than 90% of the Valencian population. A formula that has allowed him to reach a consensus with unions and employers and, more importantly, keep his partners at Compromís and Unides Podem calm, parties where the alarm went off when Ximo Puig announced a "tax reform" at a conference.

Ximo Puig, who has asked that the autonomies that reduce taxes be punished, has a lot at stake today, because the plan, and the parallel announcements that it makes, are going to be his roadmap between now and the regional and local elections in May 2023. There is no more temporary margin in front of a PP that in other autonomies has chosen to eliminate or soften taxes such as those of heritage and inheritance: Madrid, Andalusia, Murcia and Galicia.

Sources from the leadership of the Valencian PP pointed out yesterday that today the trustee María José Catalá will focus her intervention today on attacking the "weakness" of Ximo Puig to lead a tax reduction for Valencians.

In addition, the popular ones -grown before a possible change of cycle and with the elections on the horizon- will make public new measures to alleviate the situation of the Valencians. Catalá also wants to take stock of the eight years of the Botànic, highlighting, according to these sources, the breaches of the announcements made in other general policy debates.

The strategy of the groups of the Botànic facing the debate, for its part, seems clear: transfer an image of unity and a shared project to less than a year before the elections. For weeks, the deputies and their advisers have been working to try to prepare 12 resolution proposals - the measures that are approved on the second day of the session - that set the roadmap of the leftist forces for the epilogue of the legislature.

The objective is to show that the Botànic is not exhausted and that it still has an agenda that can re-engage a left-wing electorate that, from what is intuited from the polls, is somewhat demobilized. A united image that has already been moved this weekend with the photo of the president of the Generalitat Valenciana with his two vice presidents of Compromís and Unides Podem to prepare the debate.

Therefore, in the absence of some details that will be closed in the next few hours (there is time until the end of the first day of the debate), PSPV, Compromís and Unides Podem have agreed on the bulk of their proposals. One will be presented per department (giving room in each section for the groups to present their ideas) in addition to the now traditional 'Valencian agenda' where the claims to the Government of Spain will be reflected, which, it cannot be forgotten, is made up of the PSOE and United We Can.

The negotiation of the resolutions has not generated major shocks, although some groups have been annoyed by Unides Podem's attempt to "appropriate" some of the measures that will appear enshrined under the signature of the three parliamentary groups. Among the measures that the purples have been sliding as their own is freezing the price of the school canteen menu; increase resources for canteen scholarships; advancing in the creation of the Valencian Energy Agency with the aim that the Valencian Community has energy sovereignty; o encourage the participation of the immigrant population in the Valencian Community in the public sphere.

And it is that although the parties want to appear unified, in a debate whose format serves to reinforce the figure of the president of the Generalitat, it is logical that the minority partners want to score a bit (and more with the elections just around the corner) .

As for the speeches, the trustees of Compromís, Papi Robles and Unides Podem, Pilar Lima, will have very similar axes. The spokeswoman for the Valencian coalition will focus the first part of her debate on the protection of families and will insist on her proposal to seek clauses in public contracting for companies to increase wages above the agreement. Strengthening public services and the fight against climate change and the commitment to ecological transition will be the other two mainstays of Compromís.

Along the same lines, Pilar Lima (Unides Podem) will talk about inflation and will place housing as the spearhead of her speech. She will also address the ecological and energy transition and will claim the validity of the Botànic against "negative and anti-democratic right". Of course, she will ask for a new correlation of forces that "extends the limits" of the Consell.

For its part, Ciudadanos will focus its intervention shifts on the control of the Consell and will focus on economic recovery.

Given the fiscal proposal that is sensed, Ruth Merino will propose a reform of maximums, generalized, so that all Valencians benefit, such as, for example, through a deflation of the regional personal income tax to deal with inflation.