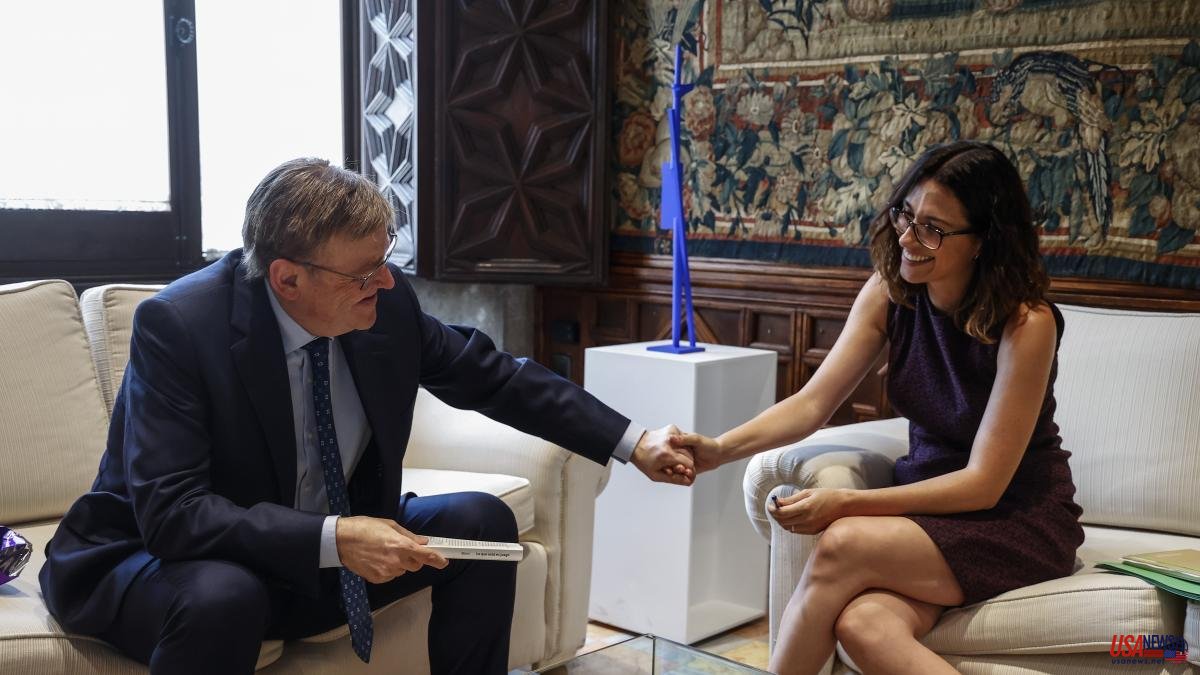 The vice-president of the Consell, Aitana Mas, attended her first face-to-face meeting with the president of the Generalitat, Ximo Puig, with a gift. But he gave him the book What is at stake, by Philipp Blom, with a double purpose: to show that he was going in peace and that, in the remainder of the legislature, the Botànic is playing it, as Blom describes in his manual The abyss looms before them.

The two heads of the Executive shared a table and tablecloth and sought ways to restore dialogue and relations after a few turbulent months. Although the Presidency insisted yesterday that dialogue has always existed with its partners, a meeting of this style between Puig and Oltra has not been remembered for months. As evidenced by the former vice president when she left, the relationship between the two top pillars of the Botànic was more than broken.

With the idea of ​​driving away the ghosts that the situation was already impossible to redirect, Aitana Mas went to the Palau yesterday. The meeting, both parties explain, was "cordial". "A completely normal work meeting between the president and the vice president" and "with a good atmosphere", they pointed out in the Presidency.

These same sources indicated that the meal served to establish "objectives for the remainder of the mandate." And it is that in Puig's environment it is considered that, after complicated months, the changes can be "an opportunity".

From the other side, it is pointed out that the vice president, always in a cordial tone, expressed the need to seek "co-decision spaces" and asked to be consistent between the discourse and public policies. "If we come to rescue people, let's do it," they explained from the Vice Presidency.

Mas also demanded that the internal discrepancies be discussed "in silence". Perhaps for this reason, it did not come to light that issues such as the tourist tax were discussed, whose agreement the PSPV threatens to break in the Les Corts vote next week.

In this line, from the environment of Mas it was pointed out that, although not too many things were specified, the commitment was made to hold a seminar of the Consell in September -the usual thing was at the beginning of summer- to "mark the basic lines" both the general policy debate and the Budgets of the Generalitat Valenciana that have to be presented before the end of October.