The second year of the fight against covid (2021) was reflected in a growth in public spending in Catalonia of 4. 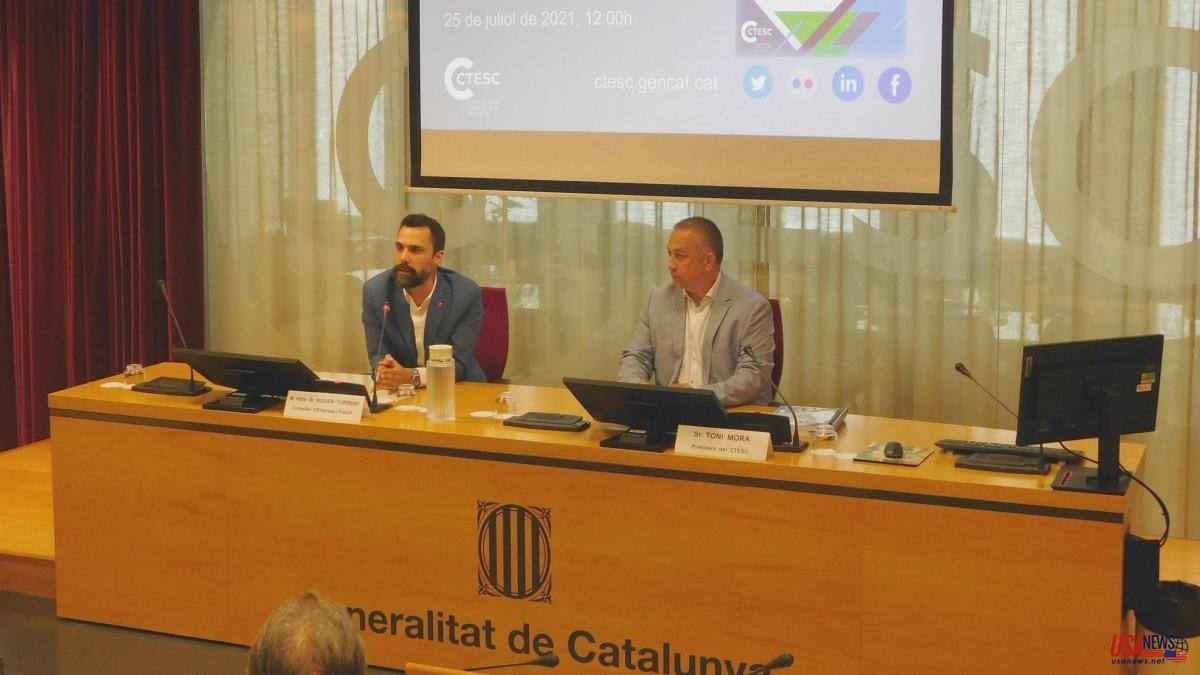 The second year of the fight against covid (2021) was reflected in a growth in public spending in Catalonia of 4.6%, up to 83.182 million euros, compared to the 10.8% increase in the previous year, according to the data collected by the CTESC (Economic and Social Labor Council of Catalonia). This public expenditure included in the Socioeconomic and Labor Report of Catalonia -presented yesterday- includes the real investment of the State, Social Security, the expenditure of the Generalitat and social entities. Expenditure fell only in state investment (-22.7%) due to the low budget execution of the central government and in the SEPE (Public Employment Service) due to the lower volume of unemployed when the ERTE (temporary employment regulation file) was reduced ).

In the Report, the CTESC recommends that the appropriate measures be urgently established to increase the investment of the State and its public entities in Catalonia.

The report highlights that "the need to deal with the impact of Covid-19 has placed the public spending indicator in Catalonia for the last two years above the maximum levels reached during the hardest years of the financial crisis". In 2021, spending per inhabitant was 9,910 euros, 4.3% higher than in 2010, and 10% higher than in 2019. In terms of GDP, it has been reduced by one point given the strong rebound in the economy.

During the presentation of the Report, the president of the CTESC, Toni Mora, recalled that the risk and uncertainty factors that could "significantly" slow down the growth of the Catalan economy and "significantly" hinder the lives of individuals and families They are the invasion of Ukraine, rising energy and commodity prices, high inflation, rising rates and covid.

According to the CTESC, the sectors that may be most affected by the rise in oil and transport costs are "industry, agri-food and construction".

Mora reflected that now "universalist measures are not so important, but rather those that go to the concrete of the economic sector or the social sector to straighten out" the current situation. The Minister of Business, Roger Torrent, was also present at the presentation, defending that the current moment is characterized by great challenges, which have to do with disruptions in all the chains, within the framework of an energy price crisis that also has a impact on the productive economy of the country.

Mora defended that now is the time to reactivate the economy through consensus: “There is a lot of dialogue at the political and social level, it is the main element, we must be agile and this (recovery) cannot be based on proclamations but rather on very broad consensus. ”, reports Europe Press.

In economic matters, the CTESC considers that the Government must address the reform of the autonomous financing model, from which a new financing model for Catalonia must emerge that reinforces its financial autonomy. It recommends that a tax agency of its own coordinated with the State be recognized and, among other measures, that the possibility of including fiscal harmonization mechanisms be considered to avoid "fiscal dumping" between the autonomous communities. It notes that the “lack of official data” on social economy entities prevents a rigorous analysis of the impact of these entities”.