PSOE and UP agree on the budgets: highest spending in history and the increase in Defense is embedded

The partners of the coalition government, PSOE and United We Can, have reached an agreement minutes before 7 in the morning for the 2023 General State Budget Bill. 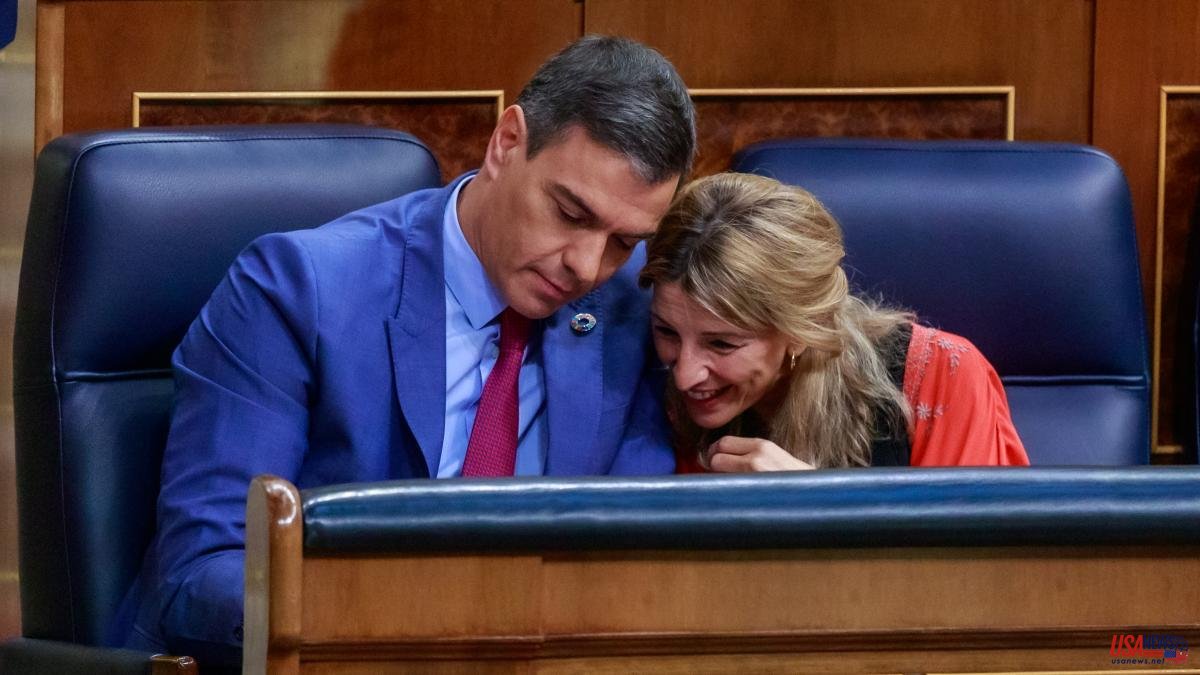 The partners of the coalition government, PSOE and United We Can, have reached an agreement minutes before 7 in the morning for the 2023 General State Budget Bill. Some public accounts that will be formalized this Tuesday by the President of the Government, Pedro Sánchez, and the Vice President and Minister of Labor, Yolanda Díaz, in a meeting prior to the Council of Ministers that will give the green light to the third accounts of the coalition and, probably, the last ones. There are already some contacts with the parliamentary partners for the parliamentary process that will begin in the coming days.

The 2023 budgets are "expansive" and contain the largest spending section in history. The increase in defense spending has been embedded in them, which will be around 2,500 million and will not compromise any social item. It has been a very controversial issue, which caused moments of tension in the Council of Ministers on July 5, but it will finally be divided into different contracts and will be linked to the Special Armament Programs to reinforce the national industry. Overcome topic.

The Government raises the Public Indicator of Income for Multiple Effects (IPREM), the index with which social benefits, non-contributory pensions or the Minimum Income are calculated. It will not be linked to the CPI but an amount will be set that, according to Executive sources, will reach 600 euros per month. At this time it stands at 579.02 euros.

It has also been recovered that the unemployment benefit from the seventh month is once again 60% of the salary base. Rajoy's government lowered it to 50% in 2012 and now it rises.

The main stumbling block in the budgets has been the family law until the end, a rule that should have been approved in September and that has been linked to public accounts due to the expense that some measures under negotiation will entail until the last minute. There will be a leave for caregivers, another to attend to unforeseen family circumstances and a new parental leave of eight weeks. The coalition has agreed to reinforce the rights of single-mother families with children, to put them on the same level as large families, but has not finally agreed to extend maternity and paternity leave progressively up to six months, government sources report.

The child-rearing benefit of 100 euros will be extended for unemployed mothers with children between 0 and 3 years old. UP called for a greater breadth of those ages.

Throughout the day yesterday there was also an intense discussion about the housing law, which is in parliamentary process. The matter has finally been unlinked from next year's budgets. UP wanted to join it to the budget negotiation but the Minister of Transport, Raquel Sánchez, cooled this possibility by recalling that the rule that came out of the council of ministers already contemplates measures to contain rental prices, which is the contentious issue. The bill includes establishing ceilings in stressed market areas, but only for large homeowners. UP sees it as insufficient and demands that all owners be subjected to the intervention.

"In a new sign of stability, the Executive carries out some accounts in a timely manner for the third consecutive year," they claim from the Executive of Pedro Sánchez, who at a time of fiscal debate between autonomous communities, stresses that this budget project " incorporates the largest social spending in history to strengthen the welfare state".

In their announcement, the Government highlights the social emphasis of the 2023 accounts. "They will guarantee the purchasing power of pensioners and improve the working and salary conditions of public employees," they point out, while emphasizing that items such as the health, education and dependency. For example, the national health system will be strengthened especially in three areas: primary, mental (increasing 67% of the budget) and oral health.

"In addition, they will incorporate funds from the Recovery, Transformation and Resilience Plan that will guide the Spanish economy towards a more digital, greener and more productive model," they settle from the Executive of Pedro Sánchez.

PSOE and United We Can have managed to channel a negotiation for the budget project that had been stalled by three laws that were still frozen: the housing law, the family law and the citizen security law, better known as the gag law.