No analyst would have bet that the only law on the coalition government's legislative agenda that would decline was the Animal Protection Law, much less that it was because the PSOE would refuse to incorporate protection for hunting dogs against the abuse and maltreatment that already incorporate almost all the autonomic legislations. 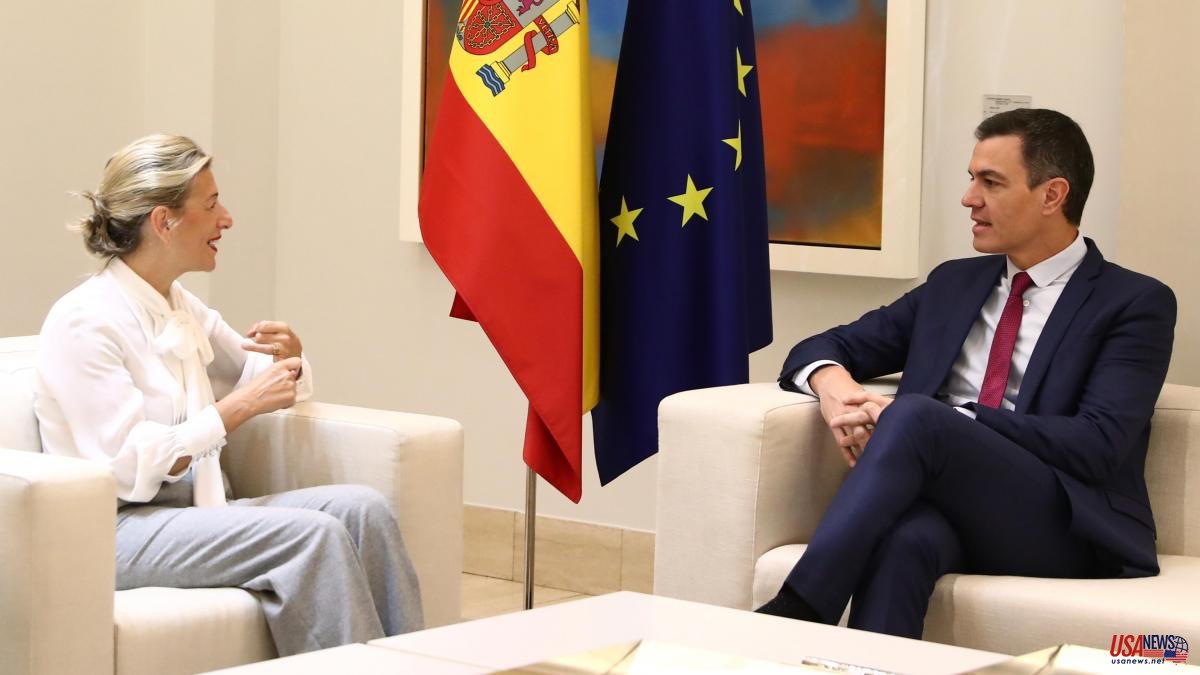 No analyst would have bet that the only law on the coalition government's legislative agenda that would decline was the Animal Protection Law, much less that it was because the PSOE would refuse to incorporate protection for hunting dogs against the abuse and maltreatment that already incorporate almost all the autonomic legislations. It may not happen, but right now it is the most likely hypothesis.

The agreement reached yesterday for the decree of palliative measures for the economic effects of the war in Ukraine has been one of the hardest, it has cost much more than expected, negotiating sources admit, but finally, it has been achieved. After an intense tug of war that did not stop even on Christmas Eve and Christmas, -with sessions held from the headquarters of the Ministry of Labor and with a videoconference connection with the Treasury- on Monday night, shortly before two at dawn, it was possible to agree on the family check for income of less than 27,000 euros. Days ago, the Treasury had accepted this direct aid but wanted it to be limited to very low incomes, citizens in a situation of serious vulnerability, and not to lower-middle incomes. That morning the threshold of 27,000 euros was agreed. So when the ministers went to sleep on Monday, everything was done, at the expense of the president, Pedro Sánchez, and the second vice president, Yolanda Díaz, closing, early yesterday morning, the extension of the Freezing rents, before starting the council of ministers.

Unidas Podemos has a lot of faith in this measure because if it works as expected, they hope that it will serve to convince the majority shareholder that it is possible to regulate the rental market – after all, the moratorium is market intervention – without introducing distortions in its operation and managing to improve access to housing.

The Housing Law remains bogged down precisely because of the PSOE's refusal to enable the autonomous communities and town halls to act on stressed market areas – that is, those whose price evolution reveals strong speculation processes – and because of the efforts of Unidas Podemos in which the rule does not go ahead without enabling this correction mechanism to correct the tendency of the main market operators to act as a cartel, as the National Competition Market Commission has already verified.

Regarding the repeal of the so-called Gag Law – a new Citizen Security regulation that replaces that of Minister Jorge Fernández Díaz – sources familiar with the negotiation speak of notable progress in recent weeks and hope that it could be one of the first regulations. to see the light in the next period of sessions if the month of January is finally enabled for the plenary session of Congress to clear the legislative agenda. The sticking points remain the familiar ones: riot gear and the extraordinary powers that the 2015 law endowed law enforcement officers. However, however the intermediate proposals to close an agreement end, all the participants in that negotiation consider that there are already enough points of agreement and they are important enough to present what has already been closed to a presentation and pass it on to a final vote in plenary.

So the unthinkable is possible. Once the tensions around the Trans Law have been overcome, the struggles over the ambition of the Family Law, with the reform of the Gag Law in the mouth of a goal and the Housing Law in the process of being solved, the PSOE can try to get its amendment that removes the protection of hunting dogs with the support of PP and Vox. If he does, his partners and allies say they are willing to drop the law in plenary. The Socialists have not accepted the one baptized by Podemos as the “Page amendment”, incorporating the Castilla-La Mancha law into state law – which lowers the protection of canines only during hunting activities – so the agreement is far away. Around the PSOE, the groups wonder how much more the hunters' lobby commands than the banking and energy employers, to which a rate has been endorsed. How much does a shotgun send?