PSOE and PP move away any state pact between crossed accusations

If before the summer break it was Pedro Sánchez who appealed to Alberto Núñez Feijóo to take the step because "he has my number", now it is the leader of the PP who asks the Prime Minister to take the initiative and pick up the phone after the president of the Government has made it known that he did not intend to call the leader of the main opposition party. 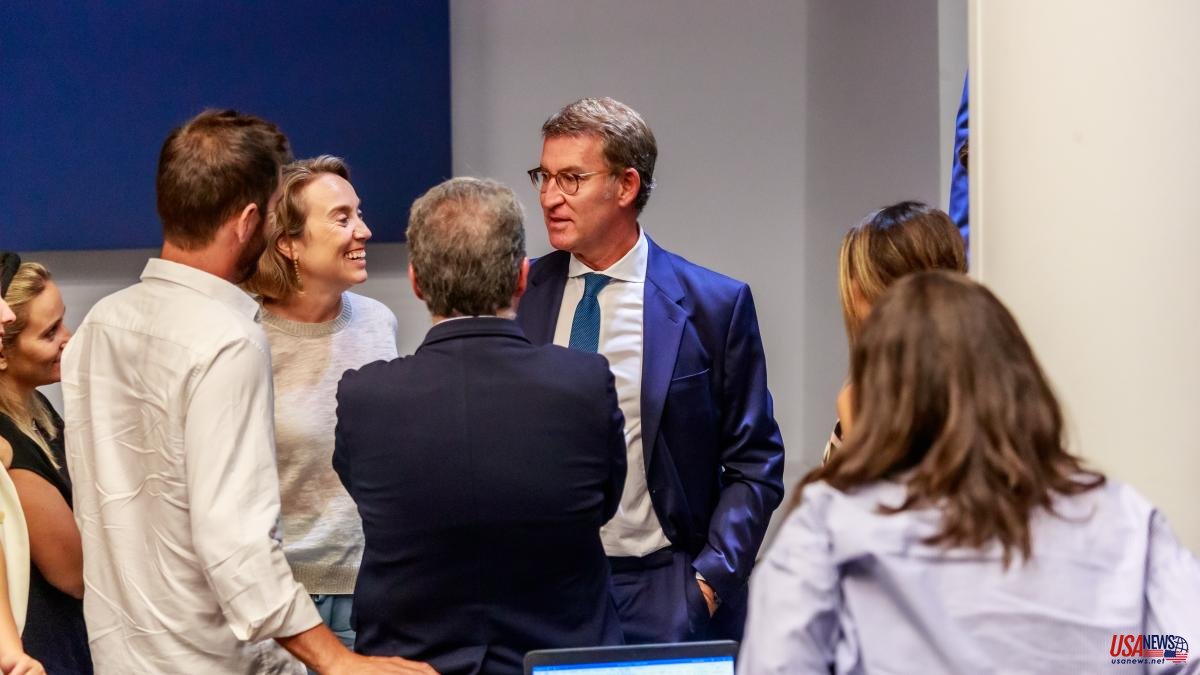 If before the summer break it was Pedro Sánchez who appealed to Alberto Núñez Feijóo to take the step because "he has my number", now it is the leader of the PP who asks the Prime Minister to take the initiative and pick up the phone after the president of the Government has made it known that he did not intend to call the leader of the main opposition party.

Despite the heat waves, there is no thaw in sight in relations between the government and the opposition. On the contrary. The start of the political course has done nothing but move the positions of the two major parties even further apart to the point that voices are already emerging that predict that the legislature, which still has a long year to go, will end without the PSOE and PP sign a single state pact.

And, meanwhile, each party blames the other. The socialists blame the popular for the lack of harmony, and vice versa. In spite of which his leader, Alberto Núñez Feijóo, shows his willingness to speak, guaranteeing that, for each insult he receives, he will answer with a proposal.

From the PSOE, its spokesperson, Pilar Alegría, took pains yesterday after the meeting of the Federal Executive to oppose the Government of Sánchez, "which has been taking measures for four years to improve the quality of life of citizens", with the closure of the PP , “that in the worst moments that have occurred in our country, he has not put his shoulder to the wheel and has not been on the side of the citizenry.” “We have always found the same PP, a PP subscribed to the no with an obstructionist attitude”, she has denounced.

In that sense, Alegría confirmed that the parliamentary debate that Feijóo has demanded from Sánchez at this start of the course will take place in the Senate. But within the usual control sessions of the Government in the Upper House and not through an extraordinary session as requested by the popular president, who demands a more "serene and calm" format than that of the parliamentary question, for which he has proposed a alternative format with the participation of all the parties and the autonomous communities.

"The PP dedicated itself in the last debate on the state of the nation to talking about ETA and telling the government no to everything," Alegría replied to Feijóo, and then urged him to take advantage of any of his opportunities to address citizens to "get out of obstructionism" and confirm whether, among others, it approves or not the Executive's measure to revalue pensions according to the CPI.

An obstructionism that Feijóo denies, who at a press conference after the meeting of the management committee, recalled that he has sent five proposals for a State pact to Pedro Sánchez and has not received a response, and if he has had one, it is to tell him to send it to him to the minister on duty.

That is why the president of the PP considers that if there are no agreements between the PSOE it is because Sánchez "has given up asking the PP for votes, because he does not want to or because Bildu, ERC or Podemos prevent him from doing so." Moreover, he reproached Sánchez for "there is not a single strategic decision, nor an important vote that has been made with a previous dialogue with the PP."

The only thing that interests the Government of the PP, Feijóo lamented, is "carrying forward what it cannot carry out with Bildu", that is, the renewal of the Judiciary, and it does not see much interest in the Government either, because if not, it will not would have boycotted the negotiation with unilateral initiatives.

For Núñez Feijóo, this strategy has one objective, "isolate the PP", but what he is doing, he warned, is "isolate himself from the majority of Spaniards", who want agreements between the two major parties. But if they are not possible, he maintains, it is because "it is a personal preference of Sánchez, who wants to lead Spain to conditional freedom for those who do not believe in Spain."

For this reason, the president of the PP sends a message to Pedro Sánchez: "Spain is not going to surrender to Sánchez, and neither are we." It will continue to present proposals, the next one for energy saving, which includes extending the life of nuclear power plants, to make the most of all energy sources, and include an energy saving plan for all administrations: central, regional and local. For that he wants the debate in the Senate.